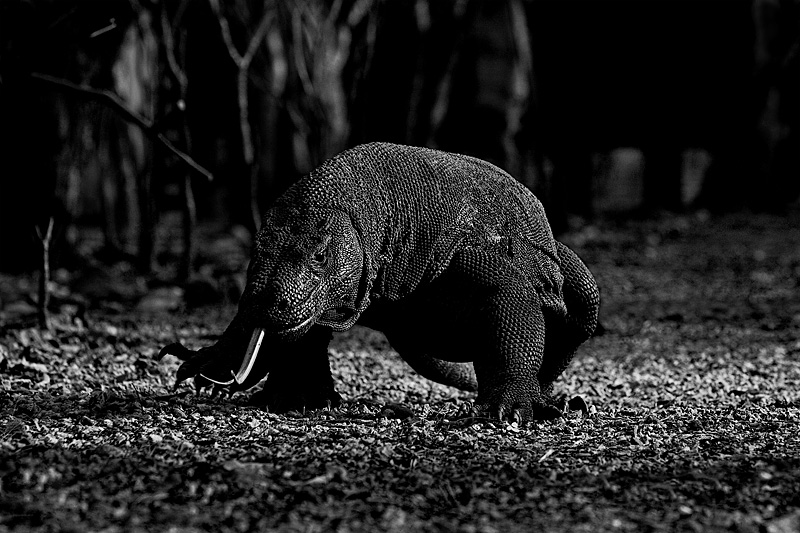 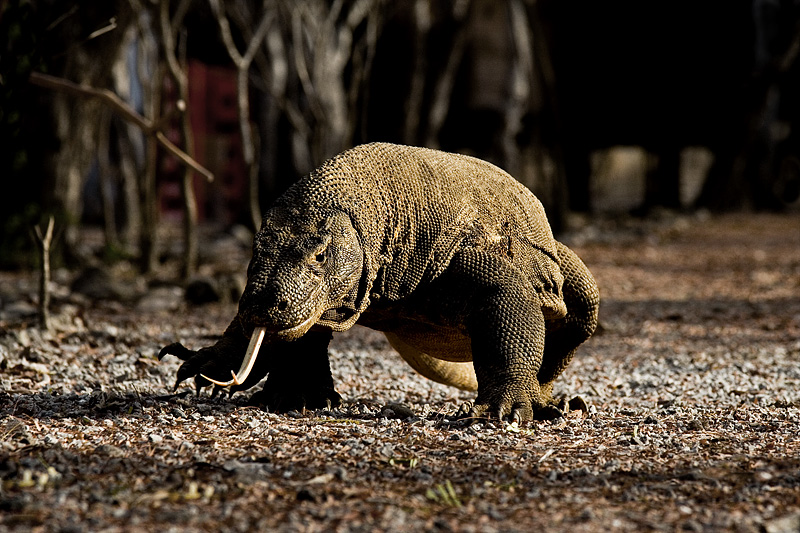 Early morning on Komodo Island in the Komodo National Park area, one of only a few places on earth the world's largest living lizards can be seen. In the old days, tourists were allowed to purchase a live, tethered goat and watch while the sacrifice was devoured. As the practice has ended, my attempts to smuggle in a live chicken were thwarted before I boarded the boat that brought us to the island.