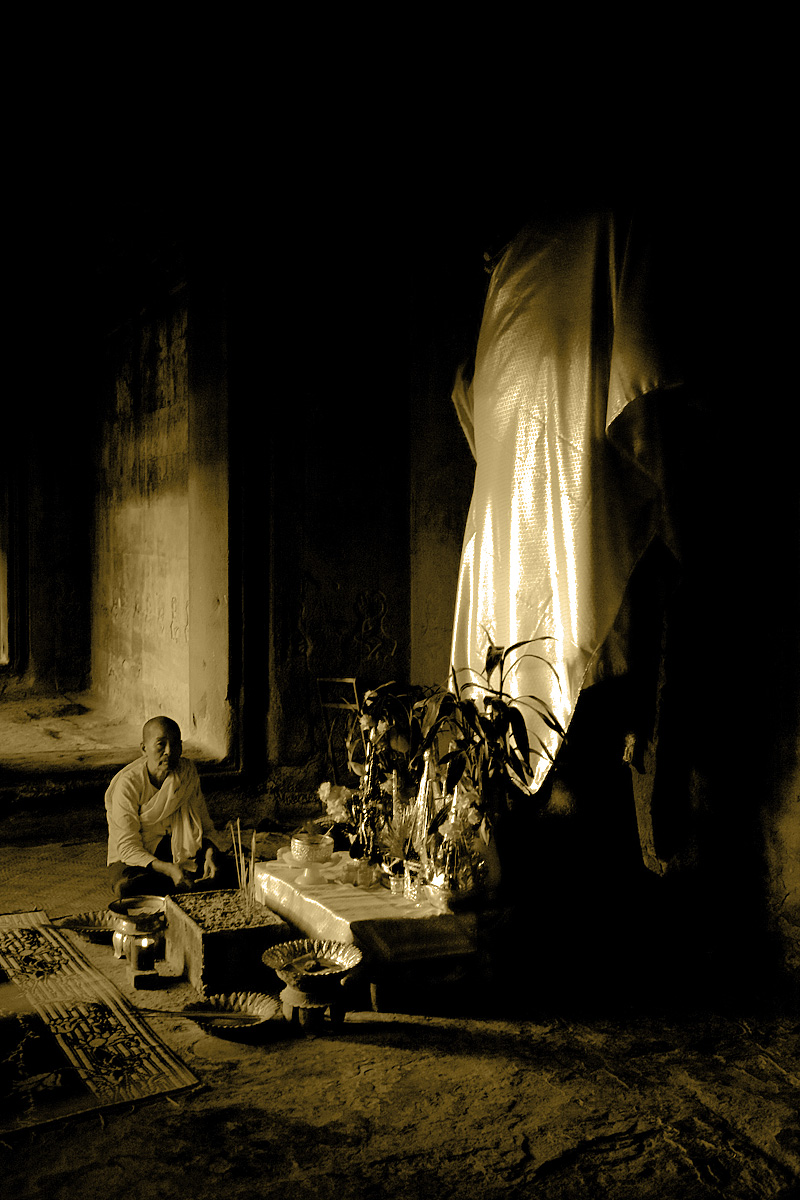 Within the walkway of Angkor Temple. (Please someone correct me if I'm wrong) I believe this is a female monk accepting alms to light a stick of incense at the feet of a headless idol. I'm not confident enough to call it a Buddha statue considering the Angkor temples were originally created by Hindus. If my Khmer (Cambodian language) were a bit more fluent - or existent - I would've asked the woman myself.