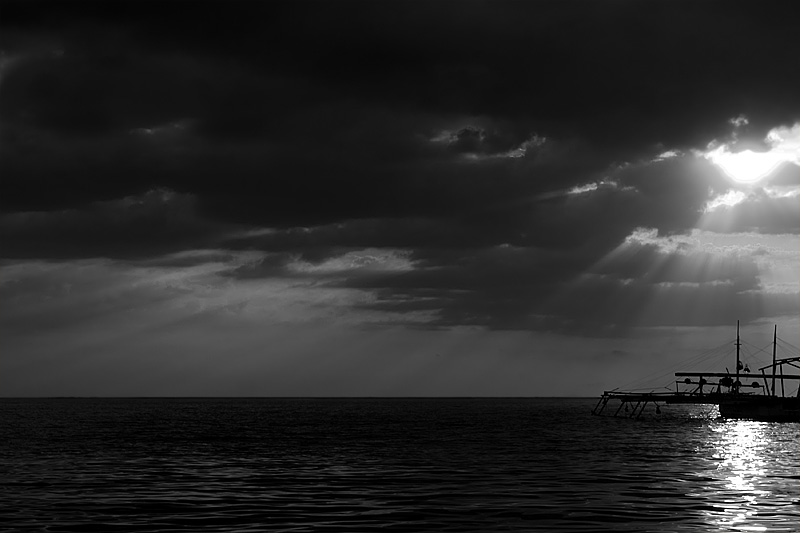 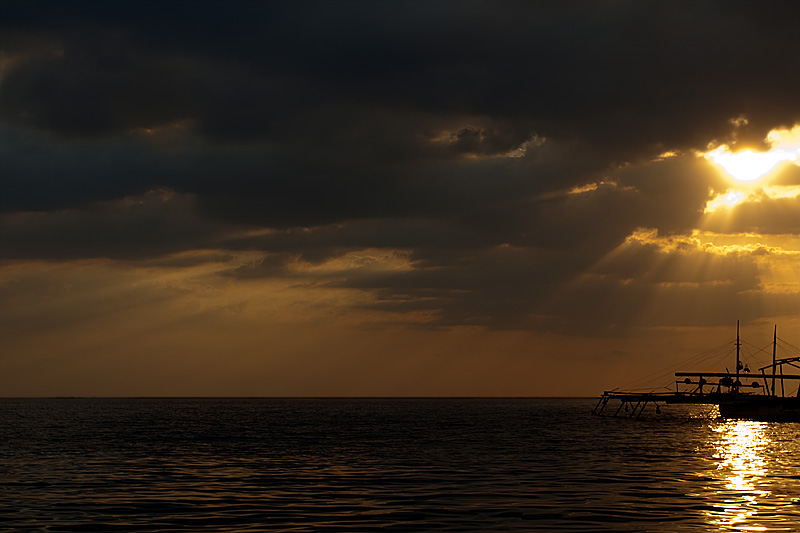 The sun sets on another perfect day on the islands off the west coast of Lombok. If you're not into the noise and hubbub of Gili Trawangan, there are a couple other islands nearby that each offer a different feel for different folks. I happen to arrive on the "party" island in the off-season so lucky for me, there weren't too many drunken shenanigans to endure.

As you probably guessed, I couldn't decide on a single post-processed image. Hover over the image for the alternate version.

EDIT (Mar. 30, 2009): I've changed the rollover image to a flash animation. Mouse over the image to change versions.