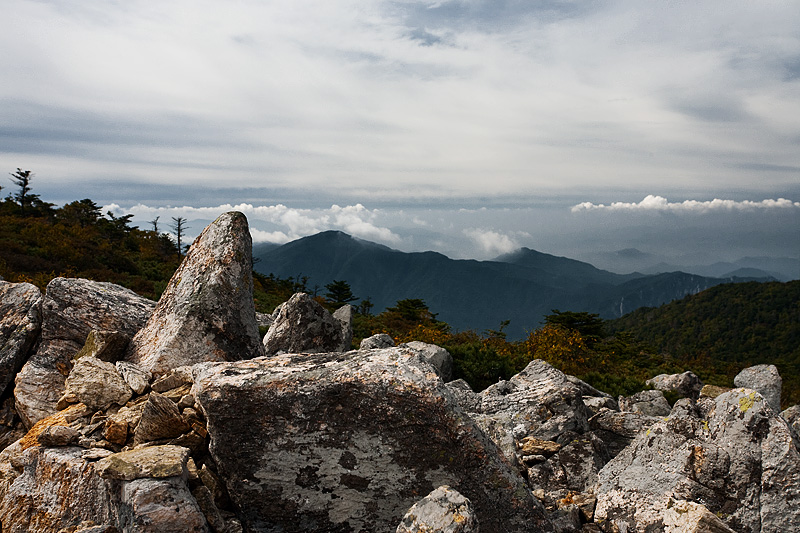 The view of the east section of Seoraksan (ì†Œë½ì‚°) National Park from near the highest point of the mountain. Coincidentally, that would be the area of the park my now jiggly legs forbade me to go. At this point in the journey, I'm exhausted, hungry, and aching for a hot cup o' joe. For those of you that think traveling is - wait for it - a stroll in the park, I can doubly assure you, often it's not and the main reason I punish my achy breaky body is for the possibility of that next halfway decent photo. 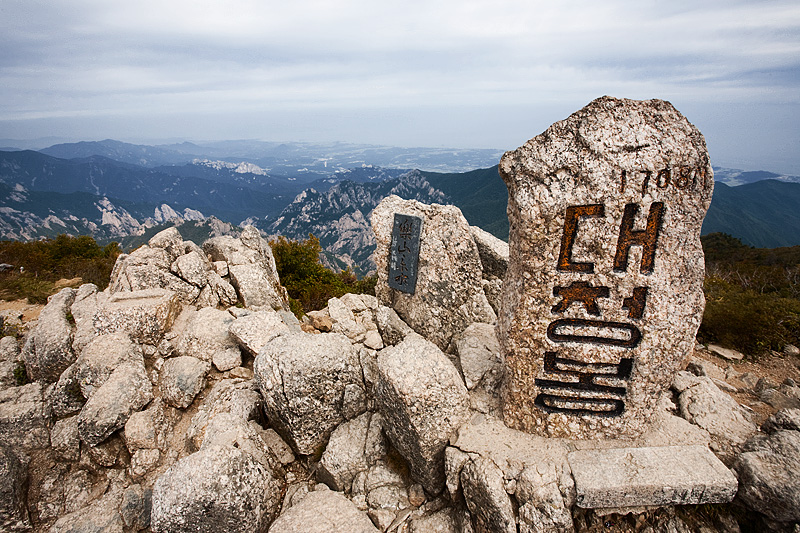 Dae Chung Bong (ëŒ€ì²­ë´‰), the highest point in Seoraksan National Park at 1708m and the second highest point in all of South Korea! From this point on, it's only downhill - pun regretfully intended. As trekkers often experience, the path down a mountain is more painful than the way up. Rarely used leg muscles are called upon to perform duties they once knew in a former life. By the end of the three hour stomp down the mountain, I'd had it. I'll leave the hard-core trekking and mountaineering to the professionals: South Korean weekend warriors.