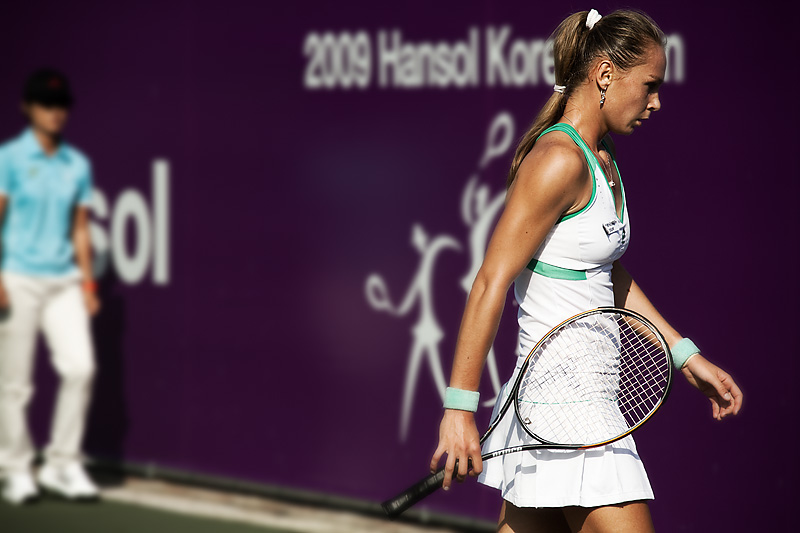 Women's professional tennis player, Magdalena Rybarikova from Slovakia goes for a towel during an early round match at the Hansol Open.

At 5'11" (180cm), I'm guessing this beautiful tennis star makes advertising executives salivate. Once she hits her stride and rises up several notches in her rankings, she'll be hocking anything from Breitling watches to Canon cameras... unless she pulls a Kournikova and gets seduced by the dark side (i.e. Enrique Iglesias). Definitely more photos in the queue of Rybarikova in the near future.