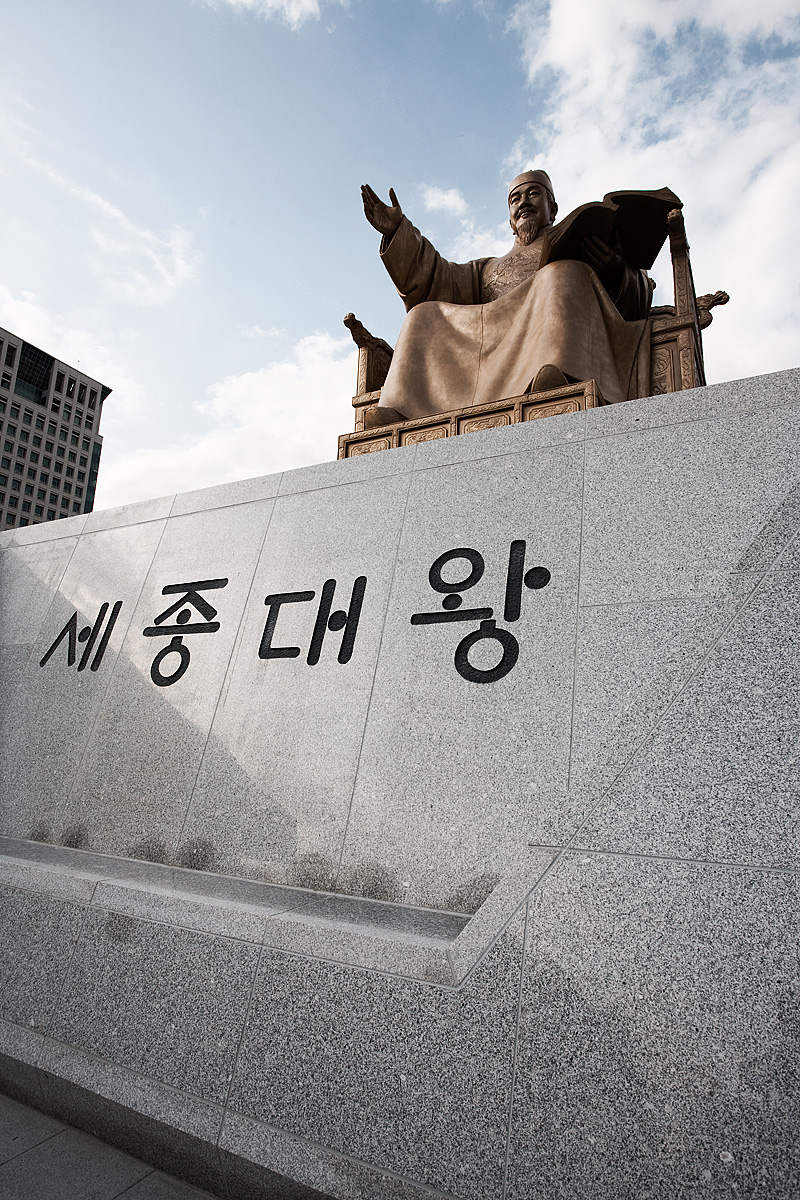 Hot off the press! In Korea, today is Hangul Proclamation Day. Hangul is Korea's ingenious alphabet developed during King Sae Jong Dae's reign. As a result, a prominently placed statue of the king was unveiled by the Korean president near city hall today. The photos you see here are as fresh as they come, folks. Take a sniff, you may even smell the leftover scent of President Lee Myung Bak and his secret service. 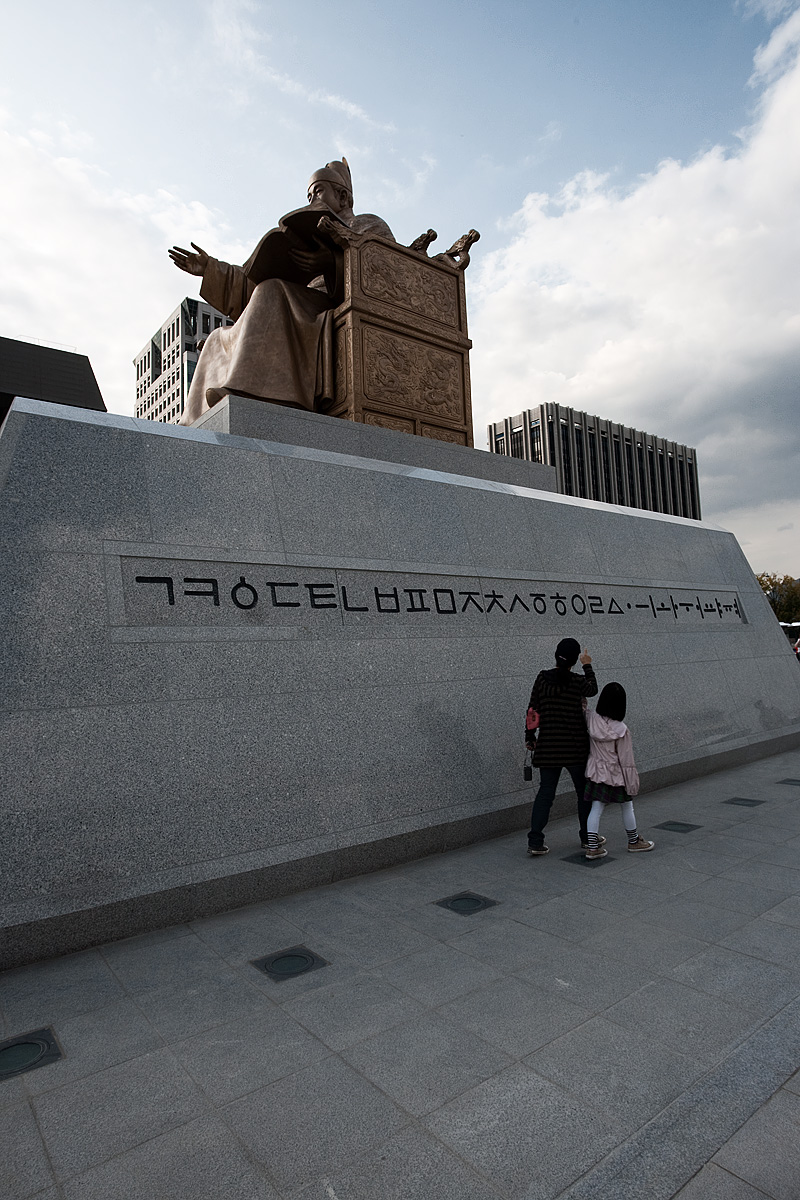 Mother and child survey the base of the new statue.

Celebrations were slated all over Seoul today and broadcast live on television. That explains how I got news of hangul related events. Unfortunately, half of Seoul watched the same live broadcasts and was similarly at the statue snapping photos and generally lengthening my wait times. To get a photo like this, I stand and wait patiently until the coast is clear and pray a unique actor enters the stage. In total, I waited nearly 2 hours for a handful of uncluttered shots. 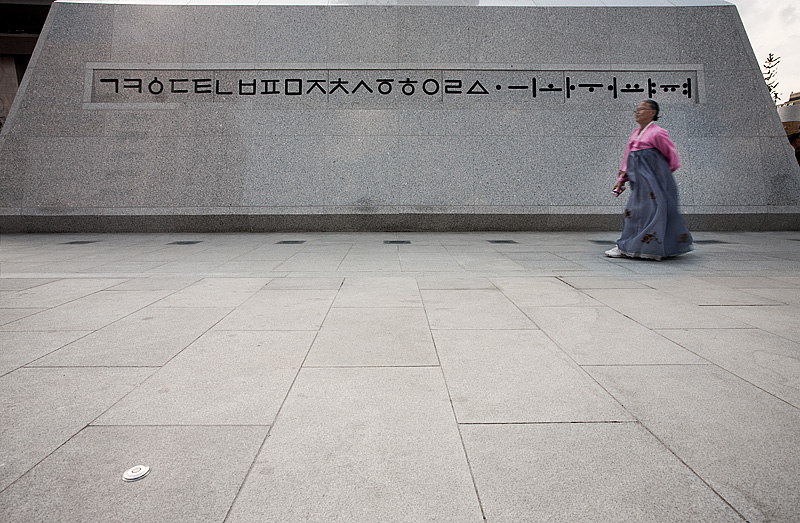 A woman walks by the base of the statue in a fine piece of traditional garb called a hanbok. Chisled on the base of the statue are the original hangul characters. A few of those characters have been eliminated from today's alphabet but overall, I imagine you, the non-Korean reading audience, see a bunch of lines, circles and squares. Unfortunately, the triangle was a casualty of the alphabet truncation. I wonder what sound that triangular guy made.

Over 1 hour waiting patiently and finally the gods of photography clear the skies and hand me a whopper of a gift. I even parked my tush on the filthy concrete because my legs were growing weary. You really couldn't imagine the numbers of people that came to see the new statue today. When the sea of Koreans finally parted, the only person remaining was our finely dressed woman. It's just too bad my shutter speed was set too slow making her a bit blurry.