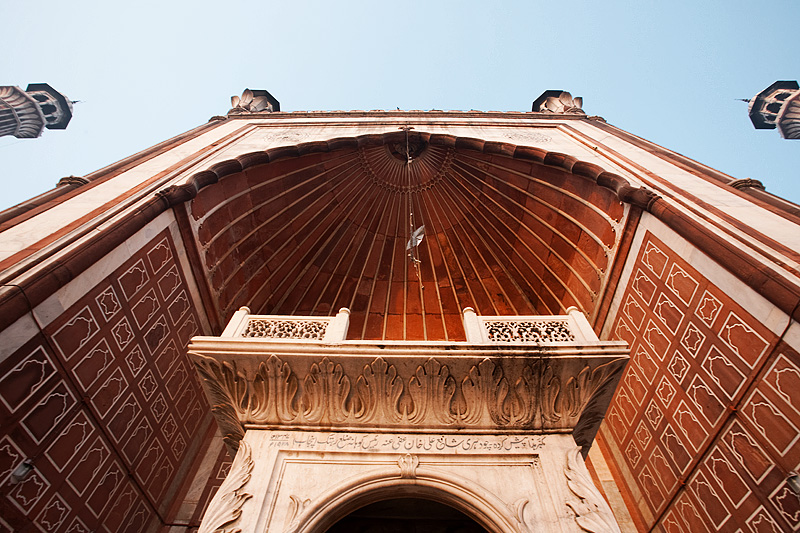 The cavernous entrance to Jama Masjid'sprayer hall is flanked by minarets.

Yeah, I'm as surprised as you are. There is indeed such a thing as a blue sky in Delhi. Apparently I came at a time just before the haze begins to be trapped by the winter cold. I read that in the newspaper. Who would've thought the newspaper in India would come in handy for anything other than a separation layer between my clean pants and a filthy sitting surface. Or for that matter, when stapled together, an inexpensive bag for Delhi's popcorn vendors. Or for that matter, when rolled up, a weapon to beat off Delhi's aggressive street cows and/or incorrigible rickshaw drivers. 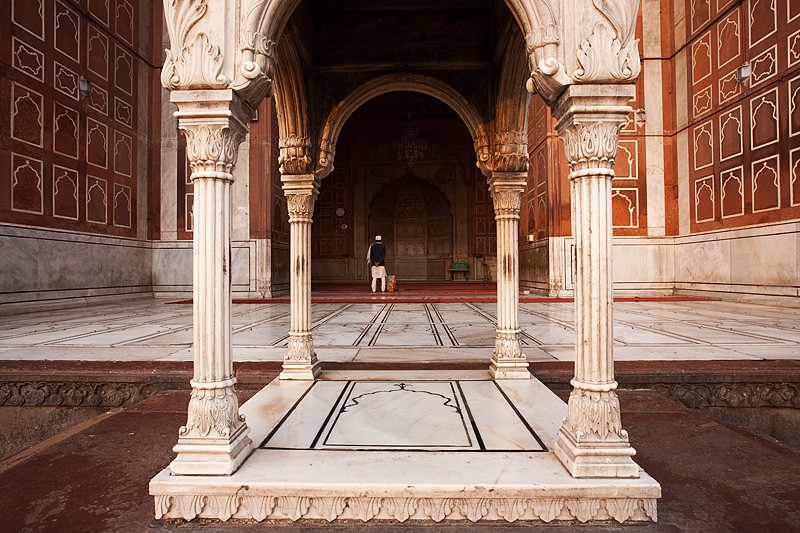 I'm not exactly sure what that foreground structure is. It appears like a particularly high ornamental altar, the top of which is seen in the photo above. 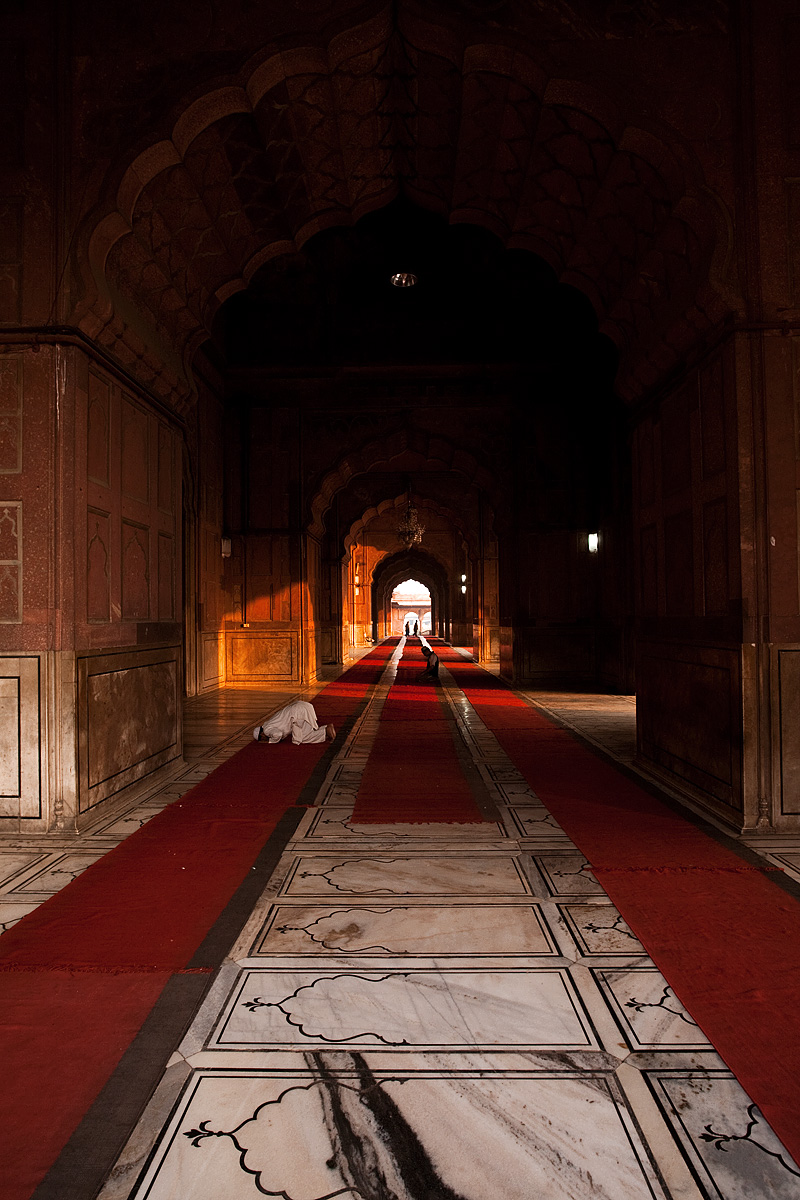