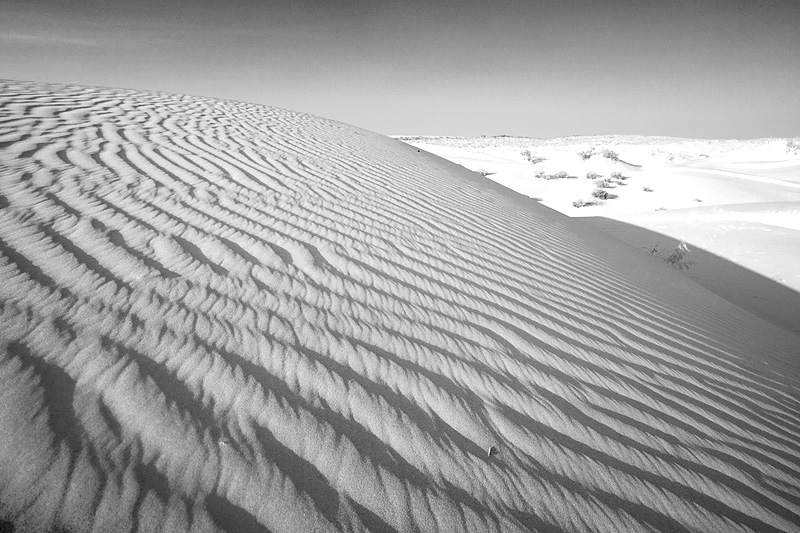 A patterned sand dune in the desert near Khuri. 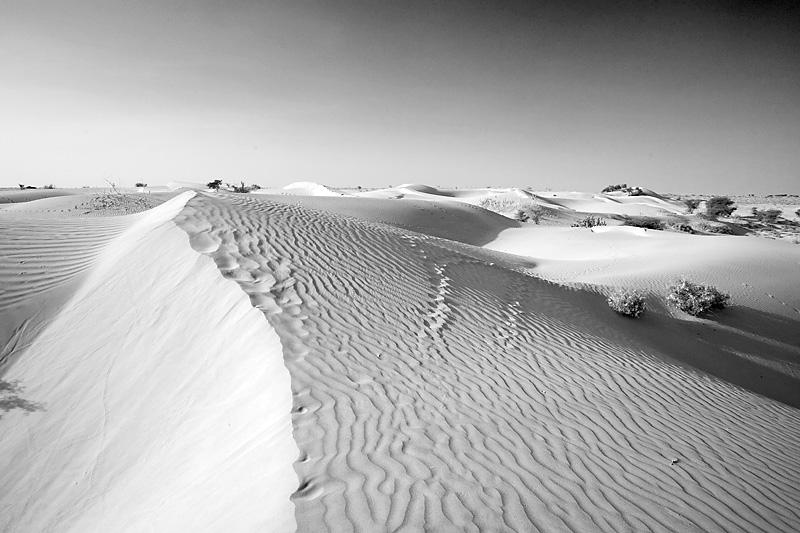 A series of sand dunes at a village near Khuri.

I'd become so nauseated by Khuri, I had to walk 3 hours through the desert to reach a nearby village that hadn't been so completely brainwashed by tourists and their direct form of 'philanthropy'. That's where I found these sand dunes, unscarred by the feet of outsiders.

The village of Khuri is the most morally bankrupt place I've been in all of India. The entire village, from young and old, have their hands permanently outstretched for a bit of charity that they now have come to expect and, at times, demand, from foreign tourists. One woman threatened to throw her shoe at me when I declined her request for baksheesh. I don't necessarily blame the villagers but rather the hand of tourism that have corrupted their previously innocent ways.

There are many ways for a socially responsible traveler to help. There will always a local school or organization that will be happy to accept a donation. Direct handouts, however, only encourage the act of begging, often for goods these villagers don't even need. I saw a stash of at least 50 pens collected by one village boy. It appeared to be a game where the children tried to top their neighbor in how many pens he could collect.