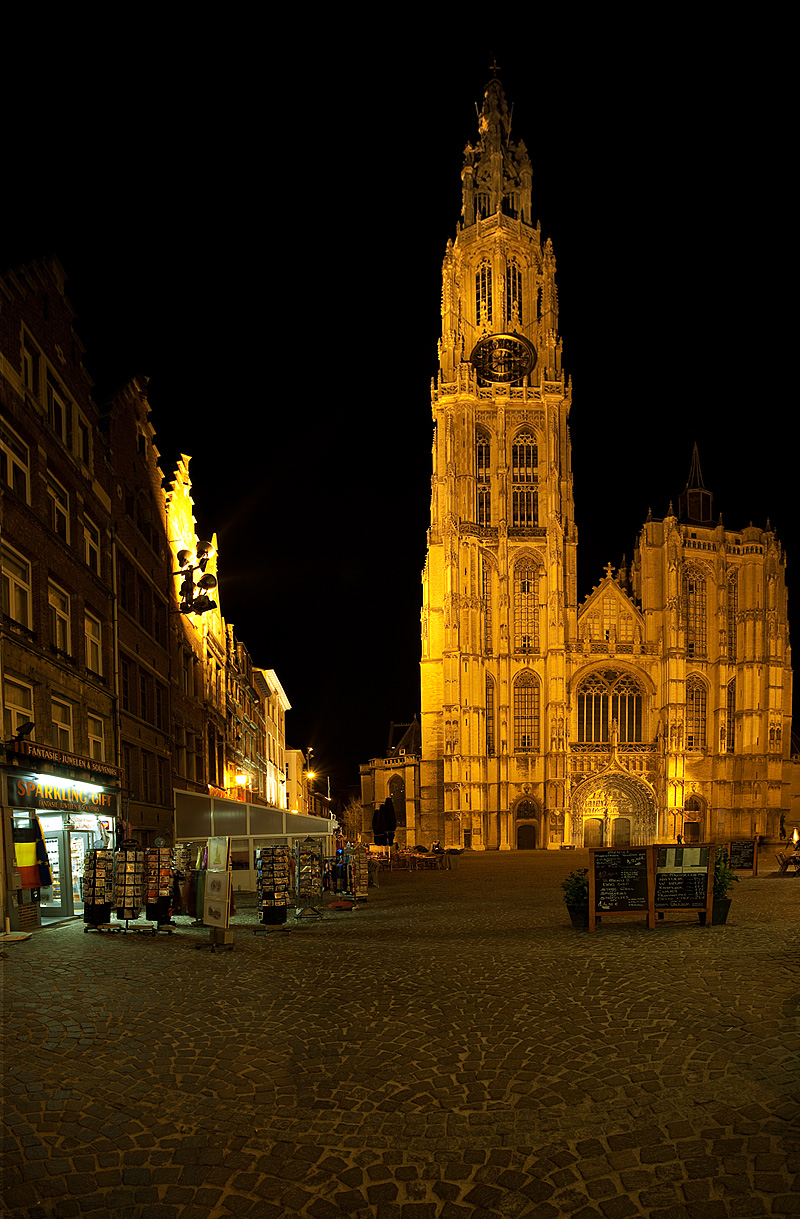 The Cathedral of Our Lady.

My first trip through Europe (1998) had me disinterestedly gawking at the insides of churches in each country throughout the entire continent. Initially, it was mildly interesting but after some time, it became an obligation that enabled me to cross yet another landmark off the tourist attraction list. 12 years later, I've come to accept that not every church must be entered nor every famous tourist attraction, visited. I'm not exactly a religious architectural buff so the innards of churches begin to melt and blend into each other until, finally, they become one. The granddaddy of them all, St. Peter's Basilica in Vatican city would be the last church I've willfully entered, despite being raised Catholic. In some ways visiting another church is like having had the greatest meatball sandwich in the world, you never want to sully the idea of perfection by stuffing a downgraded version of the best into your mouth.

On a technical note, there were tungsten, halogen and florescent lights dirtying up different corners of this photo. I chose the least worst white balance to compromise between a puke green or a bright orange color cast. The triangular "square" in front of the Cathedral of Our Lady was too cramped to allow a 20mm lens to capture the full scene. Four separate photos were stitched and manipulated to produce this final image. One day, Adobe will create a tool in Photoshop that allows tourist kitsch stores to be automatically removed... hopefully they can go one step further and automatically remove tourists wearing high-fastening shorts, plastic mesh baseball caps, and tucked in t-shirts.

Cathedral of Our Lady antwerp 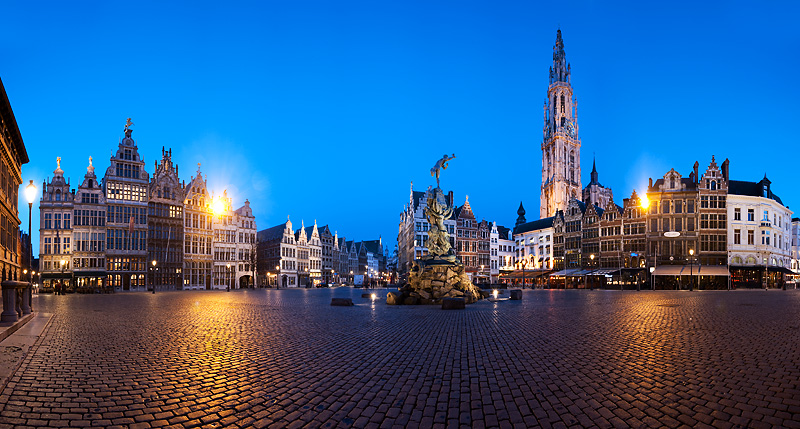 The guildhouses, Brabo Fountain, and the spires of the Cathedral of Our Lady from Grote Markt square.

However, I will take photos of the outside of grander churches, for the time being, particularly when the surrounding environs are so spectacularly picturesque. Antwerp's Grote Markt absolutely screams 'Europe' in every way. More to come manana.

Really nice....are you still in Antwerp...or have you already passed through?

Despite the freezing weather, I'm still here in Antwerp... will be for the foreseeable future.