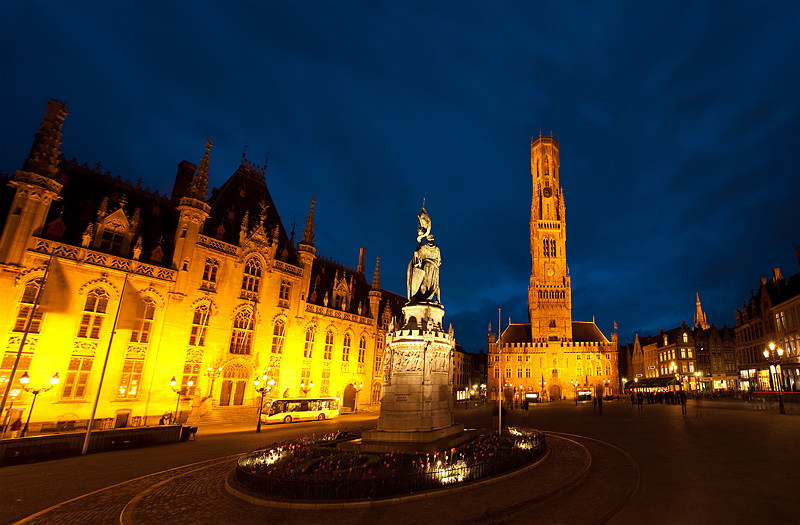 A statue in Grote Markt is backed by the provincial courthouse and belfry.

The center statue are two leaders known for their anti-France pro-Flemish sentiment during an era when French occupation was suffocating northern Belgium's Dutch language and Flemish culture.