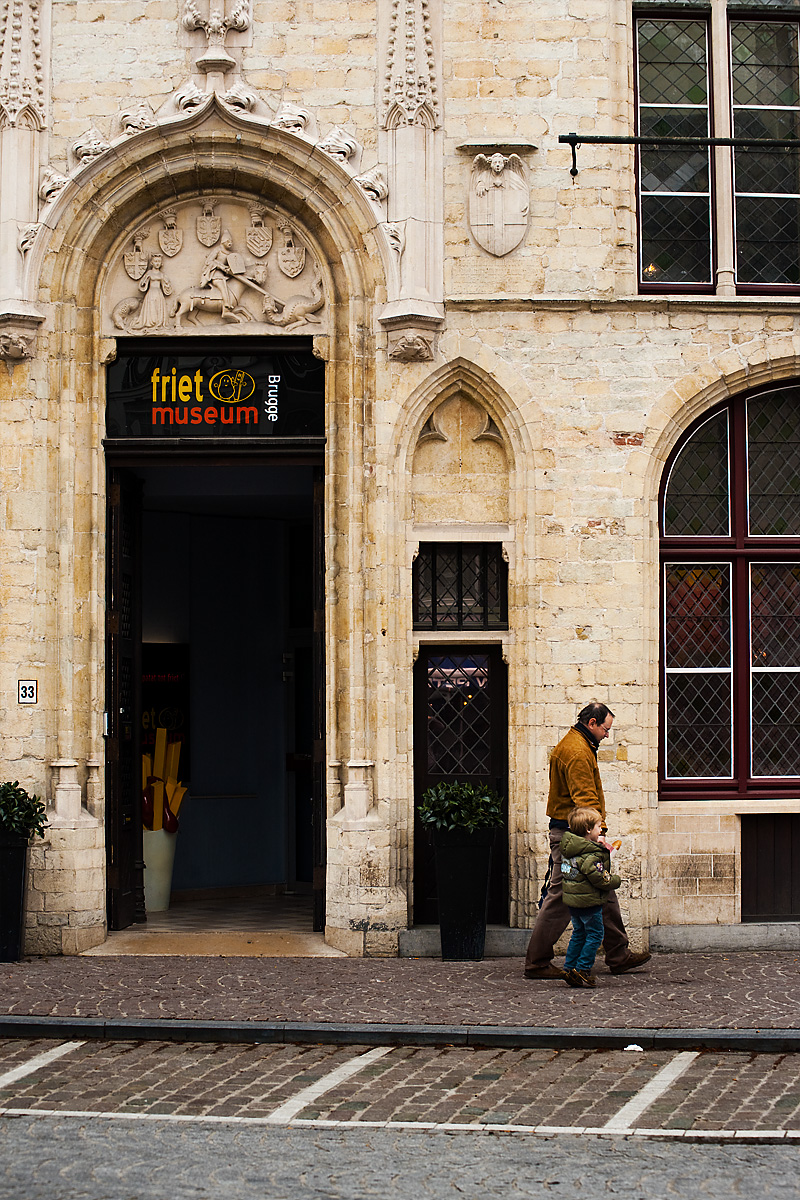 Any Belgian is quick to correct you when the words "french fries" leave your mouth. "No, Belgian fries," they'd say. I've heard different stories from various Belgian people as to the origin of the "french" part of fries. One story says French-speaking Belgian soldiers served fries to British and American troops who henceforth called them french fries due to the language spoken by the Belgians. Another rendition says the fries were sliced in a french-cut manner, that is, sliced obliquely. Whatever the origin of the name, the fries in Belgium are the absolute best I've tasted in my life. Every frituur I visited cooked fries that were perfectly crisp on the outside yet moist on the inside. A slathering of spicy samurai sauce atop the fries helps end any night of debauchery perfectly with that traditional unnecessary post-drinking meal. Or for that matter, it can be an independent meal on its own for lunch or dinner. But while you're enjoying those Belgian fries, don't get the Belgians started on the origin of the Smurfs, also a proud Belgian national product ;-).