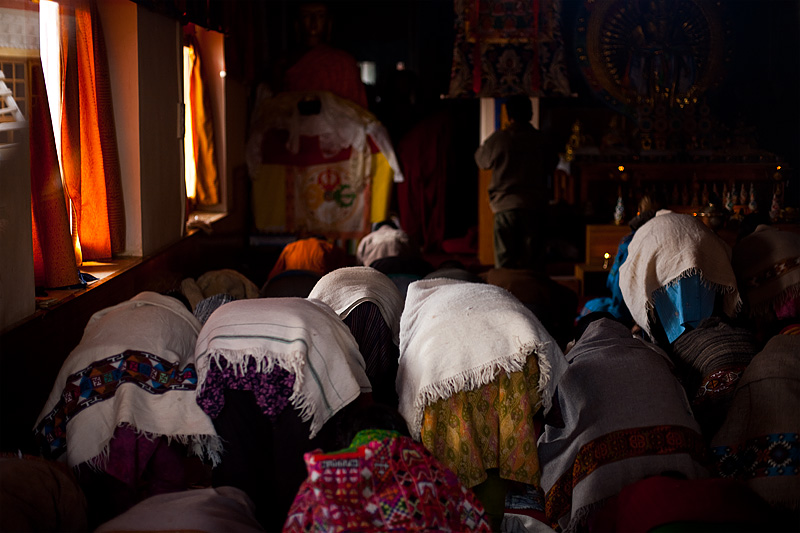 Buddhists pray inside a natural-light only monastery.

Dhankar is located just a stone's throw from Tibet. In fact, the neighboring mountain range visible from Dhankar is firmly in Tibetan territory hence the people of Dhankar resemble their Tibetan brethren more than what's typically thought of as the Indian ethnicity or religion.

Mind you, this photo was taken in the middle of summer so it's strange to see people wearing winter gear. Temperatures dip to near-freezing in the mountains of Himachal Pradesh, particularly the area around Dhankar. Dhankar, itself, is over 4000m elevation (over 2 miles high)!