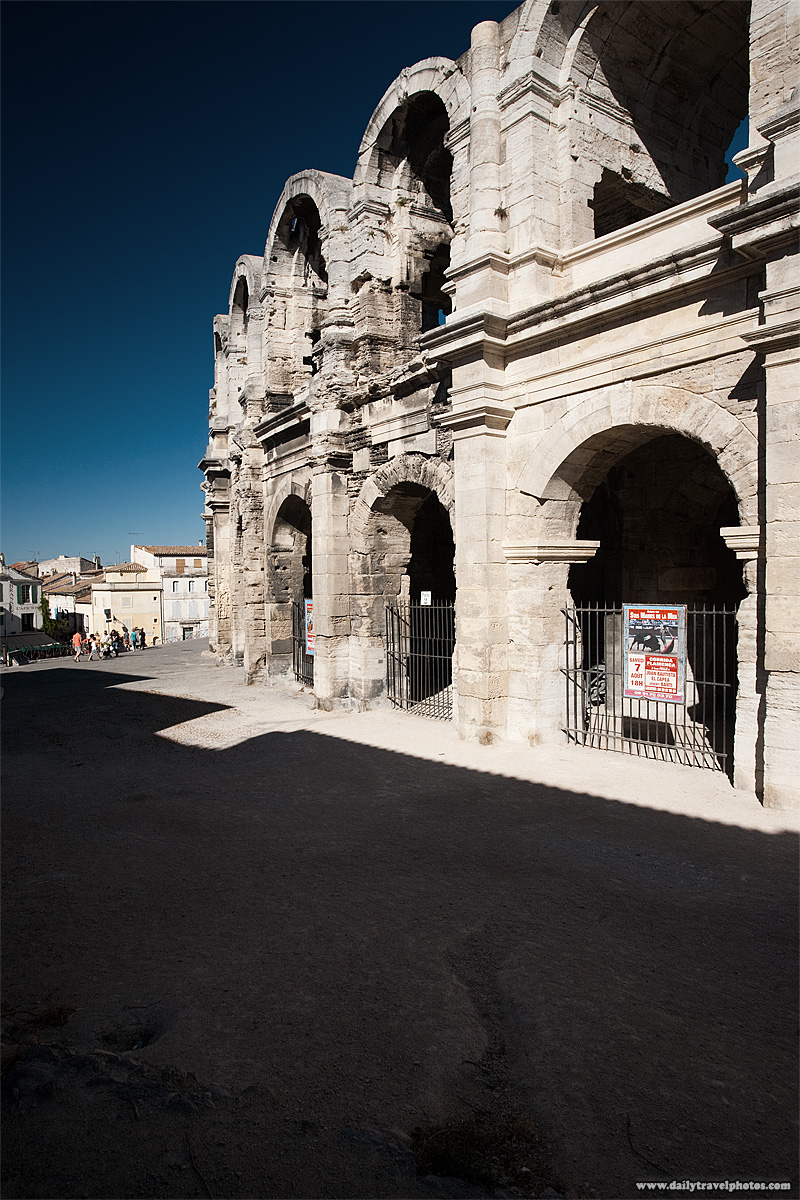 A corrida is advertised on the fence of a well-preserved Roman arena, now used often for bull-fights (yes, of the Spanish variety, popular in this region of France).

On a hunch, I did some digging around and it turns out a part of Ronin was, indeed, filmed at this location.

I'm running around Provence and the French Mediterranean coast at the moment. Interesting mix of Spanish and French culture in the area. More to come...