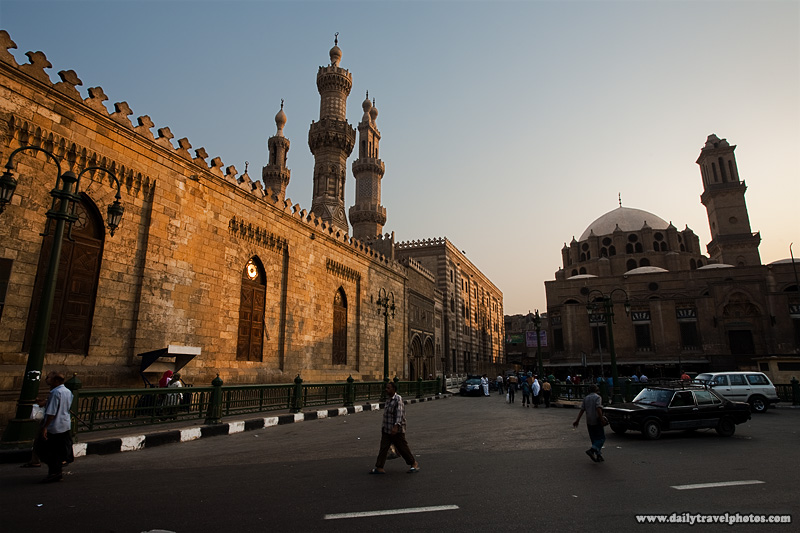 The Al Azhar Mosque and Mosque of Abu Dahab in Islamic Cairo.

Finally, on my third trip to Egypt, I can claim I'm seeing the historic portion of Cairo (aka Islamic Cairo) properly. Temperatures have simmered down to mere highs of 86Â°F (30Â°C) since my summer visit earlier this year when the mercury hit an unbearable 115Â°F (46Â°C). That means I'll only be slightly miserable (compared to fully miserable) while I tote 30 lbs (14kg) of camera gear on my puny shoulders through the dusty streets of Islamic Cairo. But the rewards will surely be worth it. After three months in Europe, the beautifully preserved time warp provided by this section of town is long overdue. 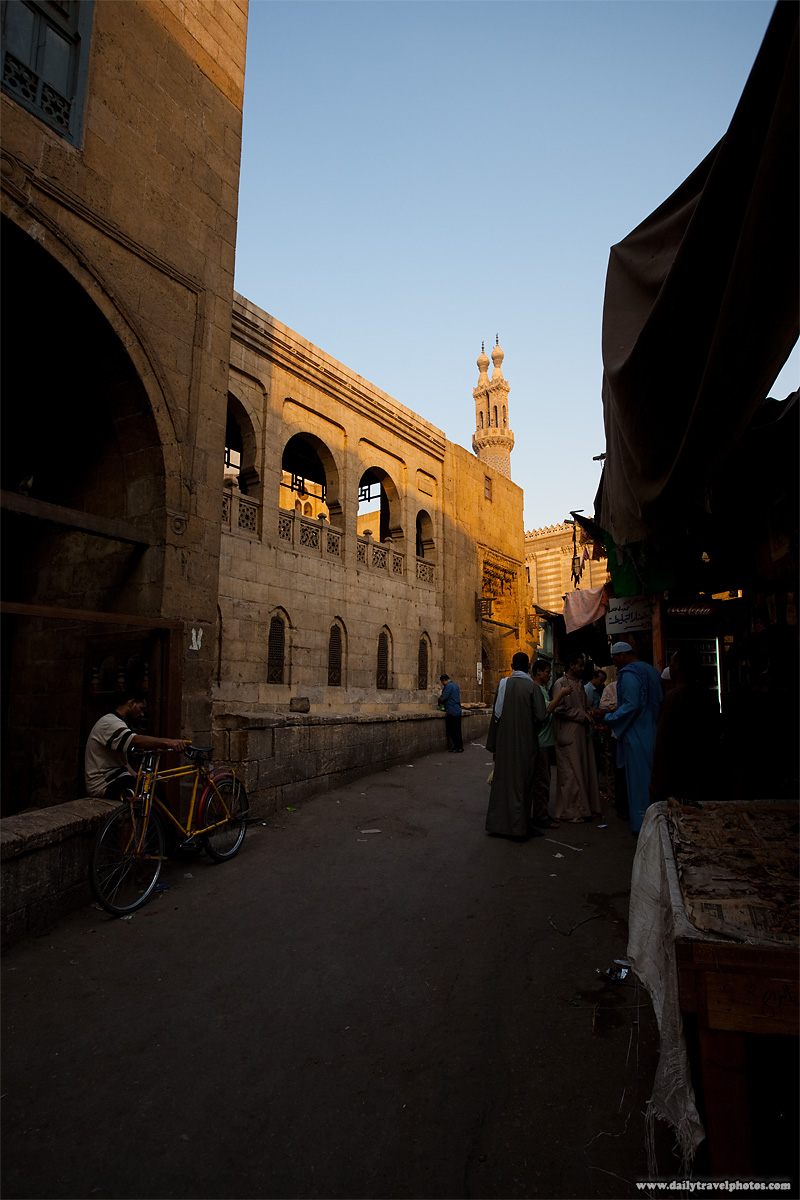 Back alleyways near the Al Azhar Mosque.

This area is a photographic treasure trove, a blessing for anyone that loves taking photos of traditionally dressed people!

For the record, I'm loving Cairo, yet again! I've immediately hit the sheesha pipe in a hard way and the Egyptians are as hospitable as any society on Earth!

beautiful pictures! is that canon 17-40 mm f/4 lens that you are using is a wide angle lens?

Thank you, Alee. I'm almost exclusively using my Canon 17-40mm (on a full frame camera) these days as I'm head over heels for wide angle. The lens at 20mm around f/10 is as sharp as anything I've ever used and I couldn't recommend it more!

i am doing my research on the best dslr for beginner. planning to get the canon eos 550d. well i've looked for the lenses that you are using(really love your shots!) and pretty much, they are WAY OFF my budget. lol. any suggestion for a good-yet-humbly-priced wide angle lens for beginner?