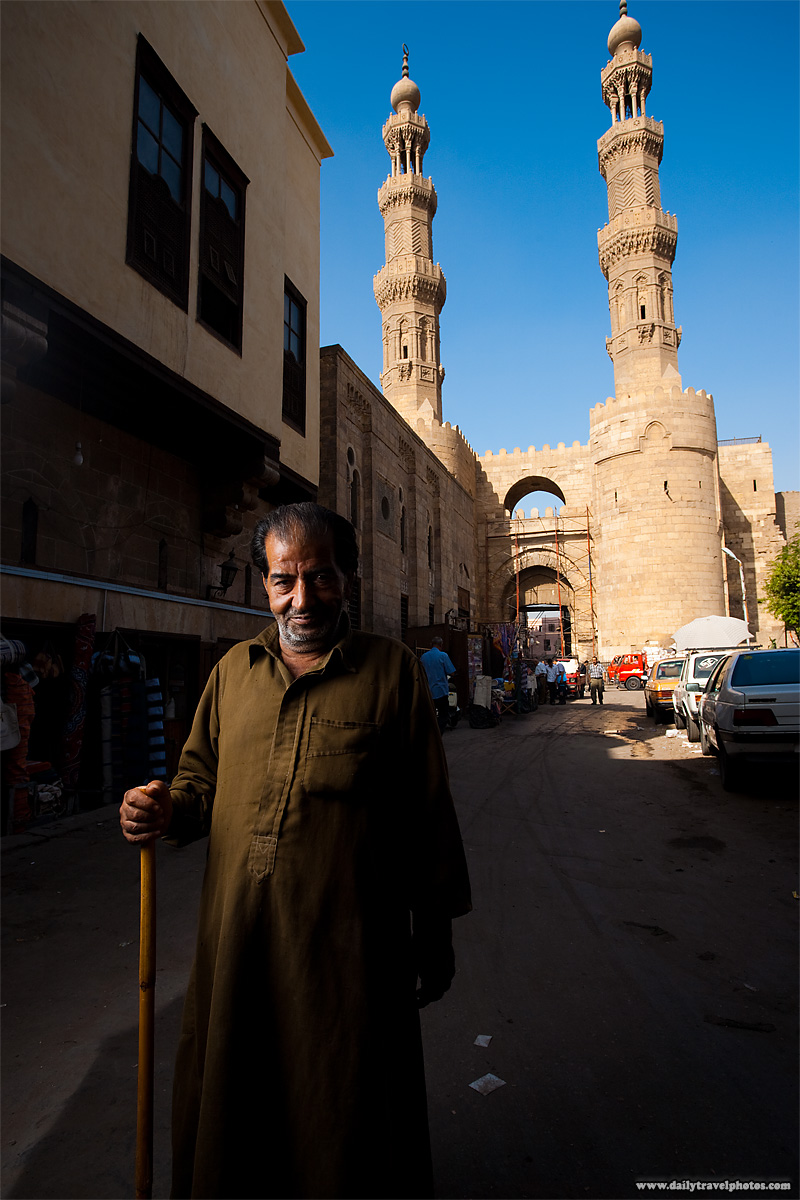 A Egyptian man stands with a cane in front of the Bab Zuweila gateway.

I finally did it. I couldn't hide behind limp excuses of scorching weather or achy lower backs any longer. My off-camera flash accessories haven't seen the light of day in over a year but oh brother, does it feel nice to whip this baby out once more. It took a bit to reacquaint myself with the settings but after a short bout of experimentation, I was off and running again, although not without some errors.

In the photo above, you can see the light spill from the side of the umbrella diffuser behind the right side of the man. It's difficult to see these types of things on the camera's LCD during mid-day but the error is noted for the future which I believe was partly a function of using the flash at full 1/1 power and at its widest zoom at 35mm. 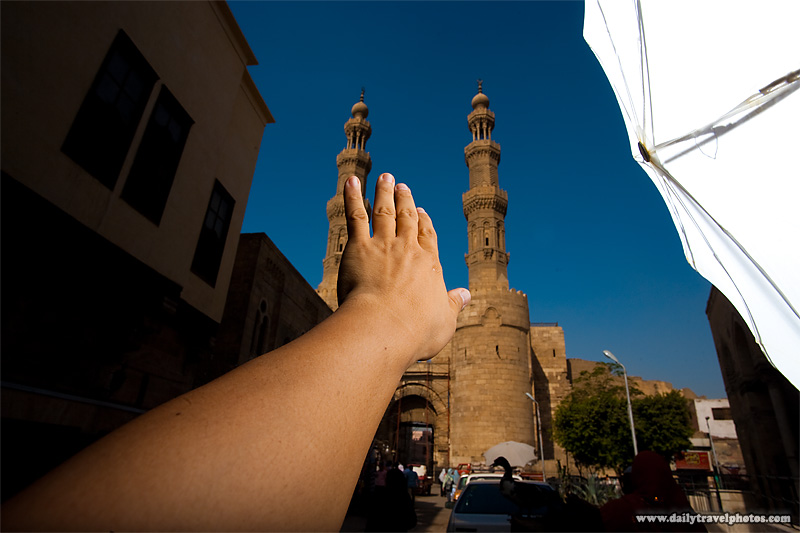 The test shot at Bab Zuweila gateway prior to asking a nice Egyptian man to pose for me.

In order to overpower the sun, I was forced to use 1/1 (full power) at 1/200 (the maximum sync speed for a Canon 5D) for each pop. Even then, the sky was only eclipsed by a 2/3 stop and the subject (my hand) had to be relatively close to the diffuser.