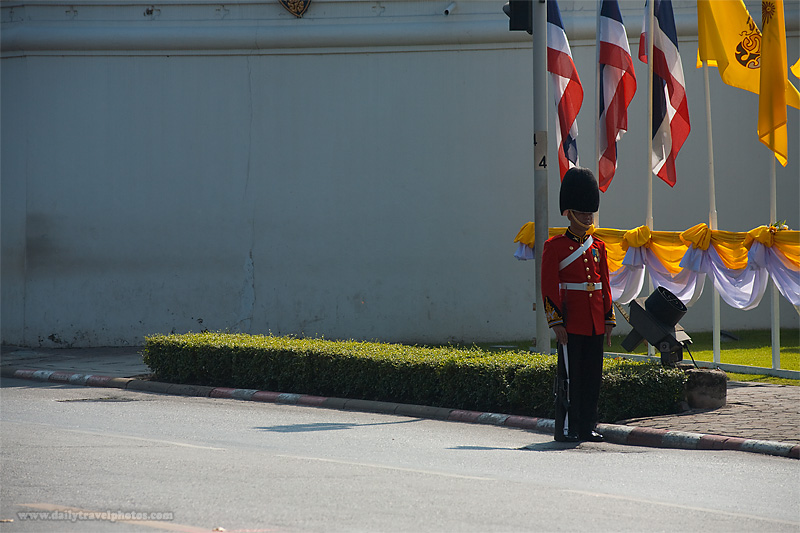 A Thai Royal guard near the wall of the National Palace awaits the arrival of the King of Thailand.

I was forced into this new location across the street into a pack of sweaty Thais ravenously awaiting the King's arrival. When heads moved out of the way, I was able to snipe the occasional photo such as the one above but my prospects looked dim for a halfway decent shot of the parade or of the King. 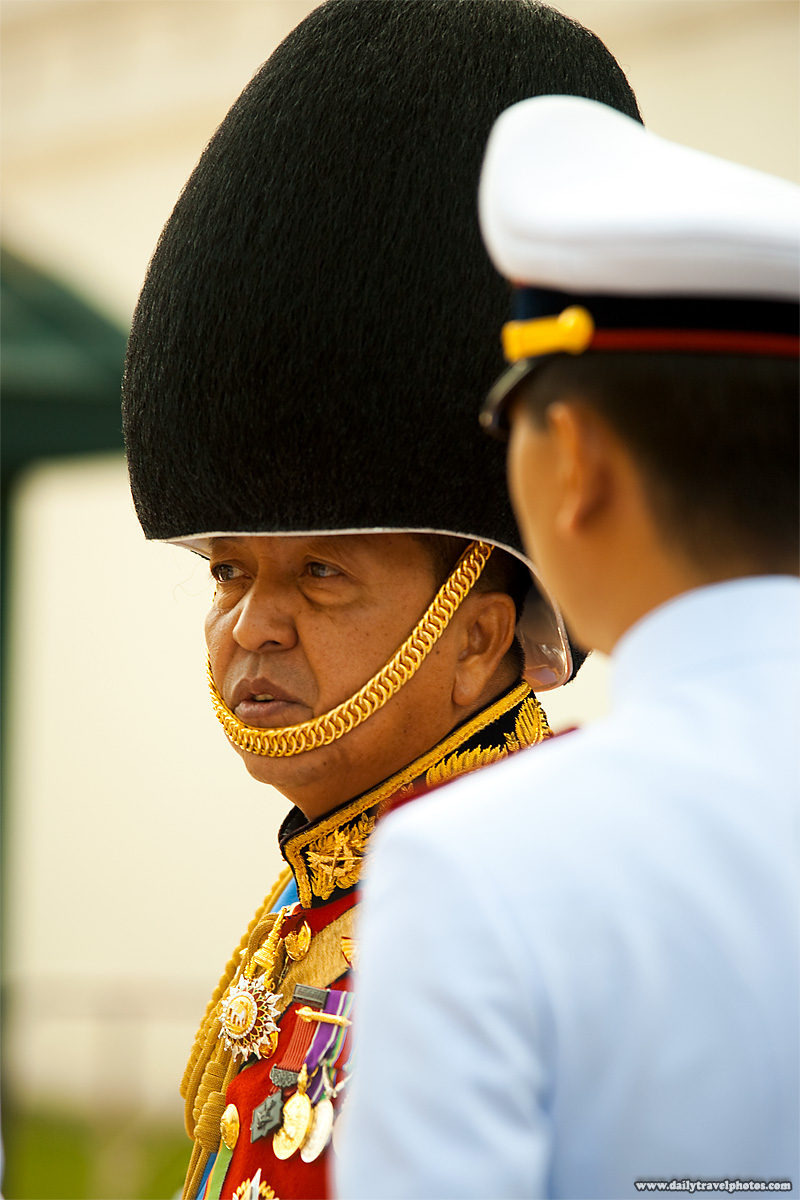 Occasionally, when an interesting person came close enough, I was able to snipe photos from within the dense pack. Luckily, all the kind Thais surrounding me were very forgiving when I occasionally knocked them in the head with my large 70-200mm lens or when I dug an accidental elbow into their ribs. My assumption is that they were simply happy that my overweight body eclipsed the sun and provided shade against the brutal late-morning sun.