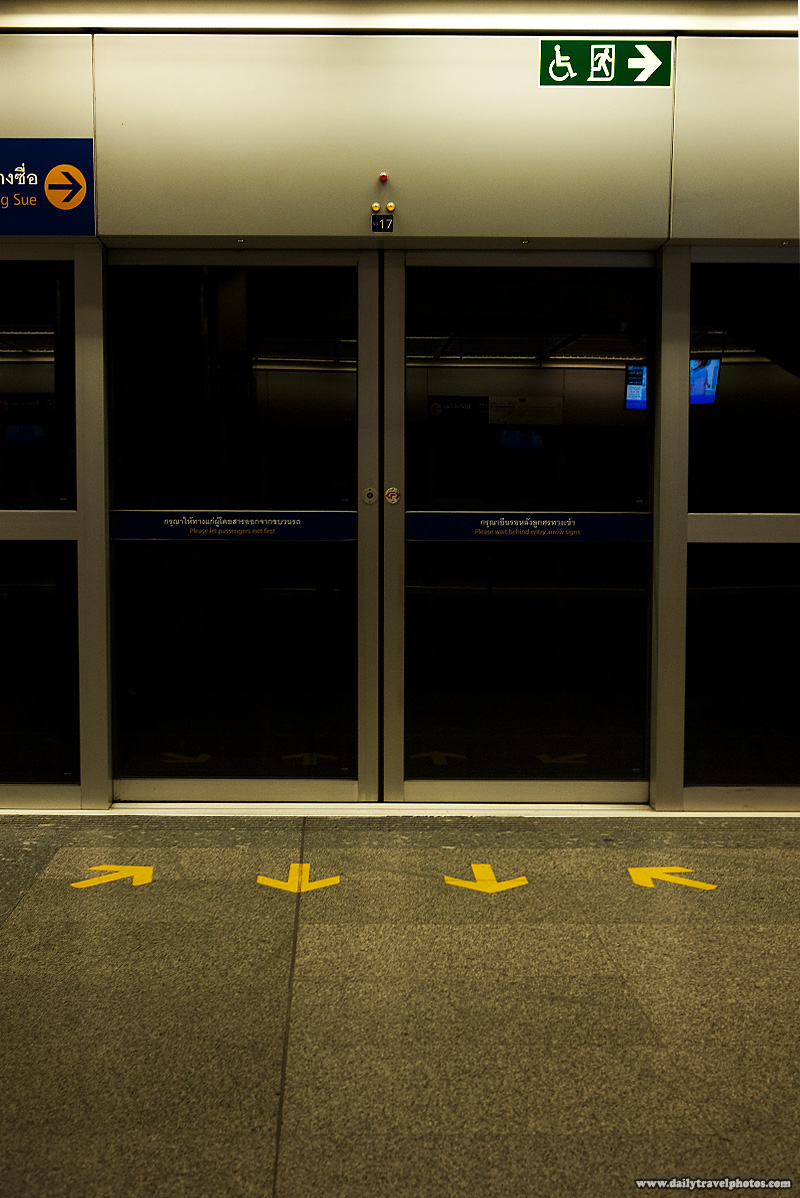 At the moment, it's only one relatively limited line that comprises the subway system in Bangkok but luxurious it is! The entire system is immaculately clean and air conditioned, including the waiting platforms. Arrows on the floor indicate that boarders should approach to the sides as passengers depart, rules that are actually followed by Thai commuters. 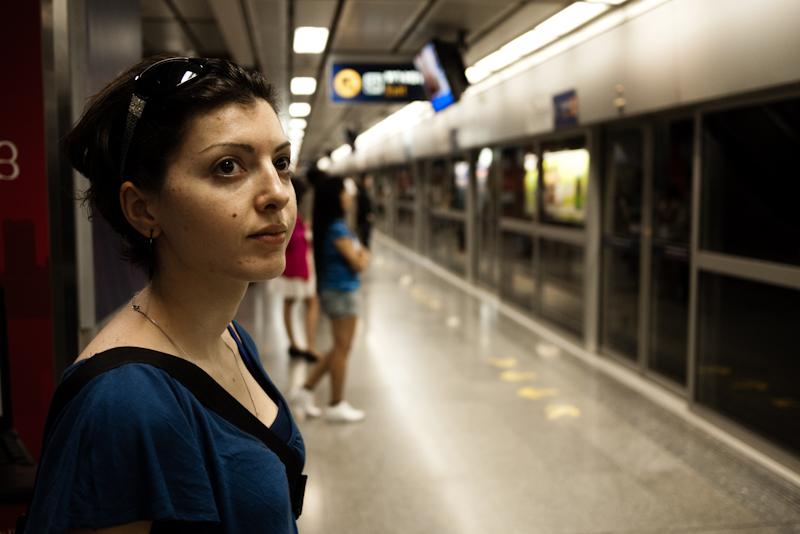 Passengers wait for a subway train on the air-conditioned platform of the Bangkok metro.

Did I mention the subway is completely free of filth and vagrants? Naturally, I don't include in that statement the occasional scabby backpacker that rides the metro ;-)

The order of the subway is a bit of a contrast to the scrum that forms getting on and off Egypt's system. I wonder what effect some painted lines would have there!?

@Holgs, lines in Egypt? Perhaps the pushing, elbowing and shoving may be limited to a straight line instead of a cluster$*#@ of humanity.