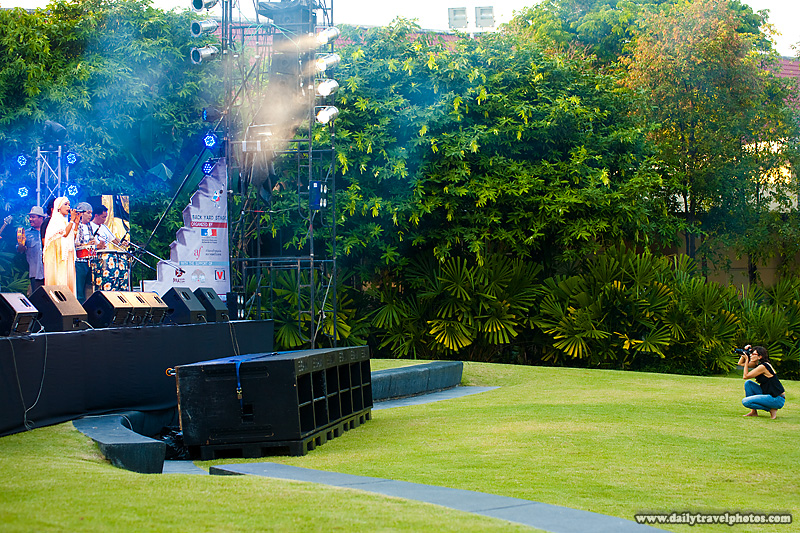 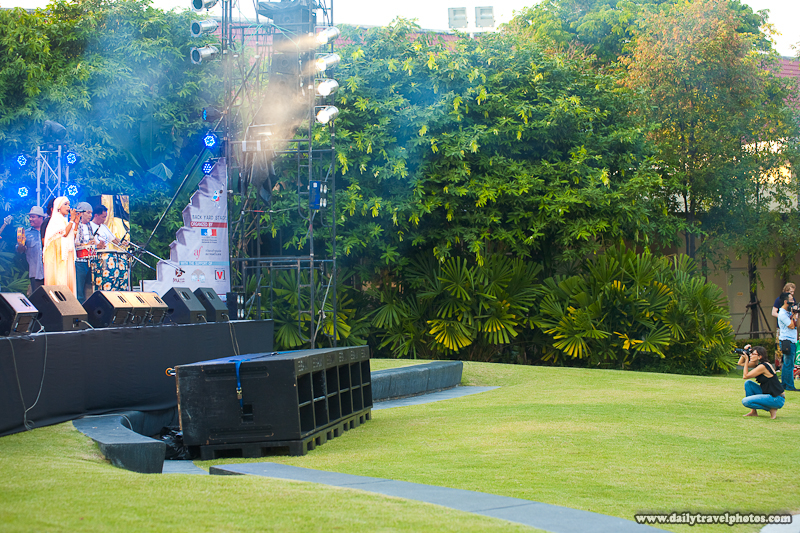 A foreigner snaps a photograph of local band, "Baby Arabia" at the La Fete Bangkok. Mouse over the photo for before and after post-processing versions.

The day's musical acts are part of a 3-month-long French-Thai cultural festival, organized by the Embassy of France and the Alliance FranÃ§aise in Bangkok.

I'm a passive listener of music but generally a big fan of indigenous music and Baby Arabia's Muslim-influenced music really hit the spot. The band hails from the predominantly Muslim south of Thailand so they bring a vastly different sound than other Thai musical acts. Have a peak at an amateur Youtube recording of one of their songs. 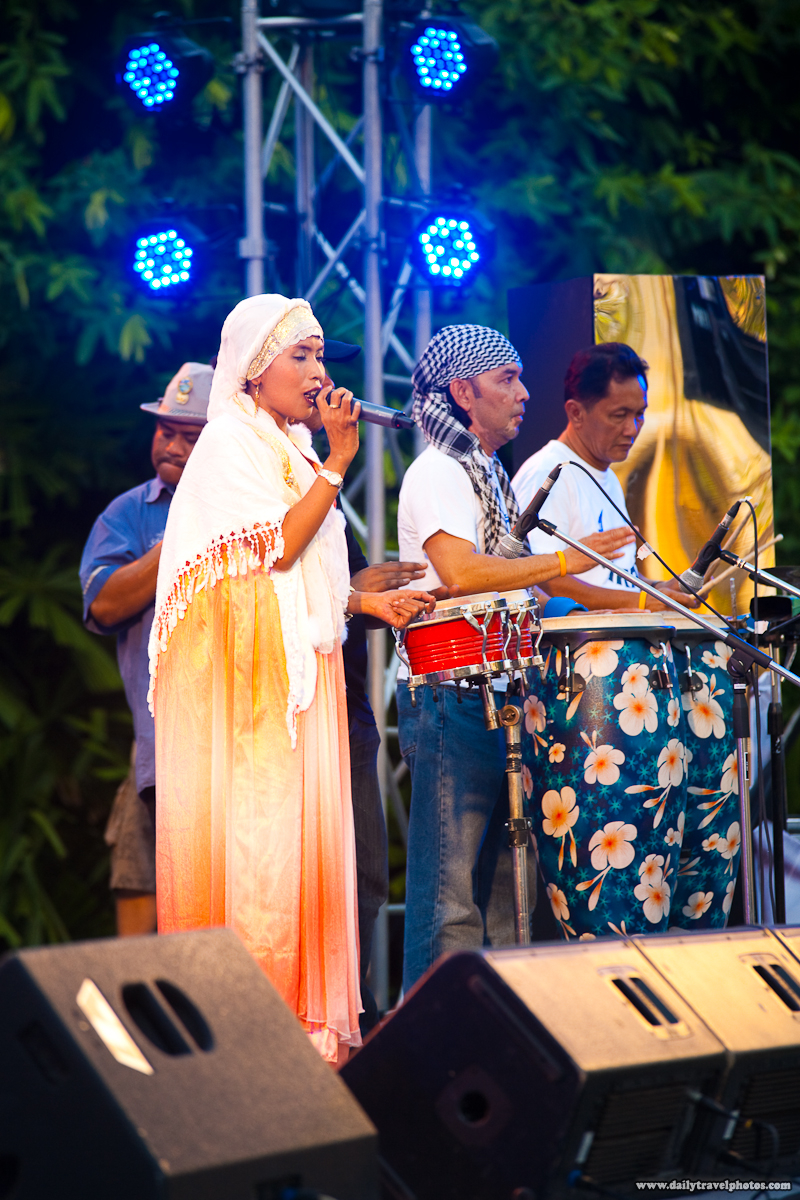 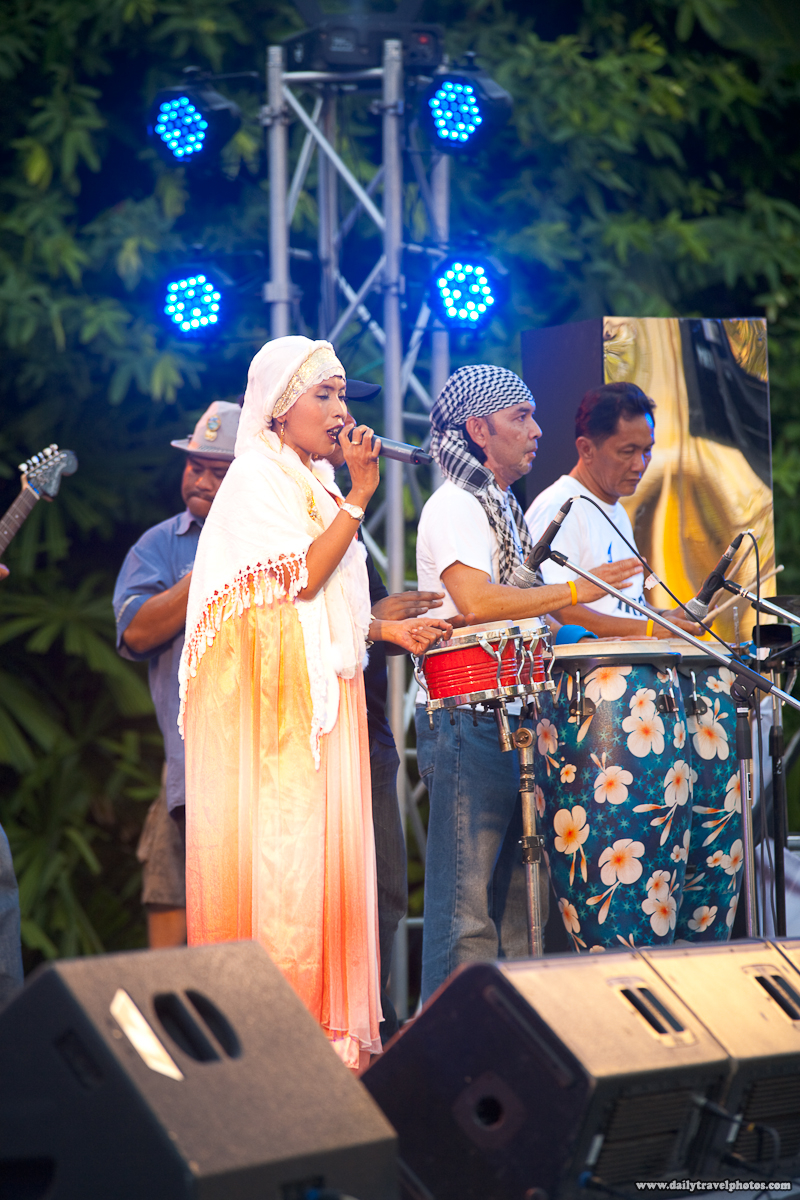 I'm opening up a possibly unsustainable can of worms by publishing before/after photos for each photo on a page. I'll see how it goes. I already spend most of my day stuck behind a computer so this additional work to produce before/after effects may prove to be the straw that breaks the Travelguy's back... which I feel is broken somewhat already! The travelguy needs a vacation, stat! 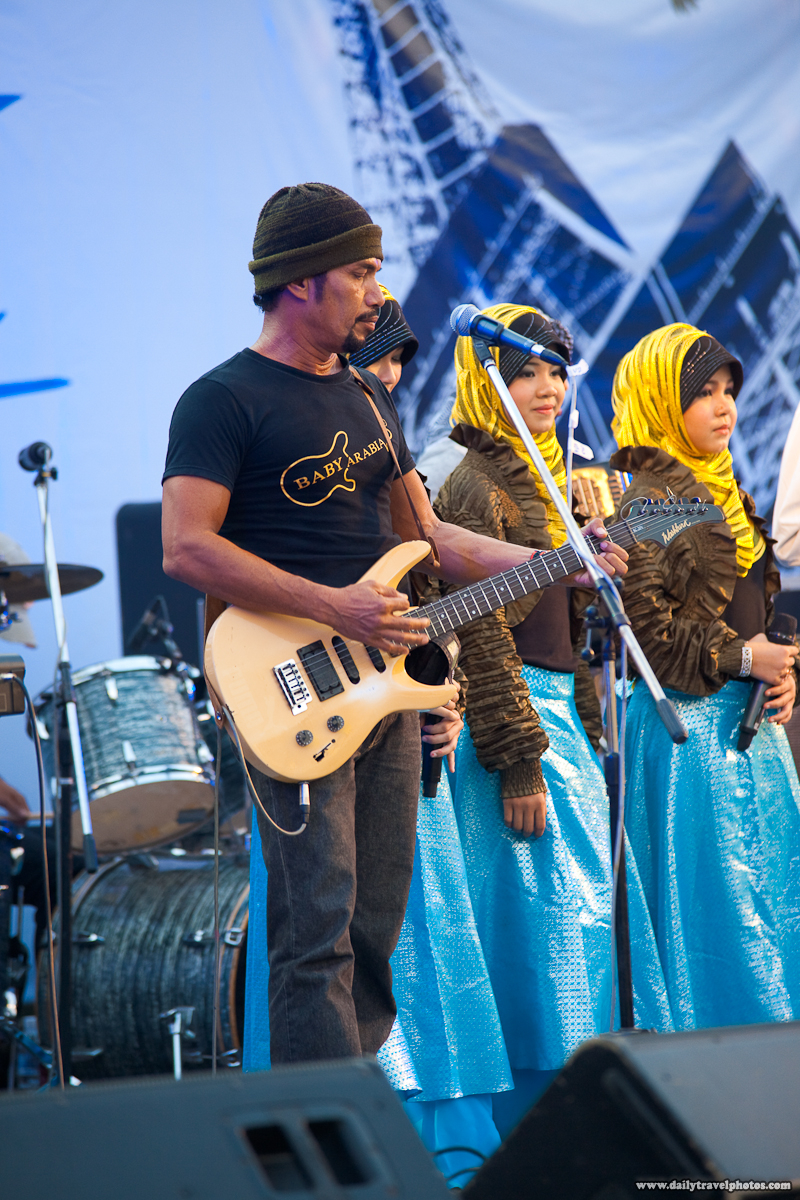 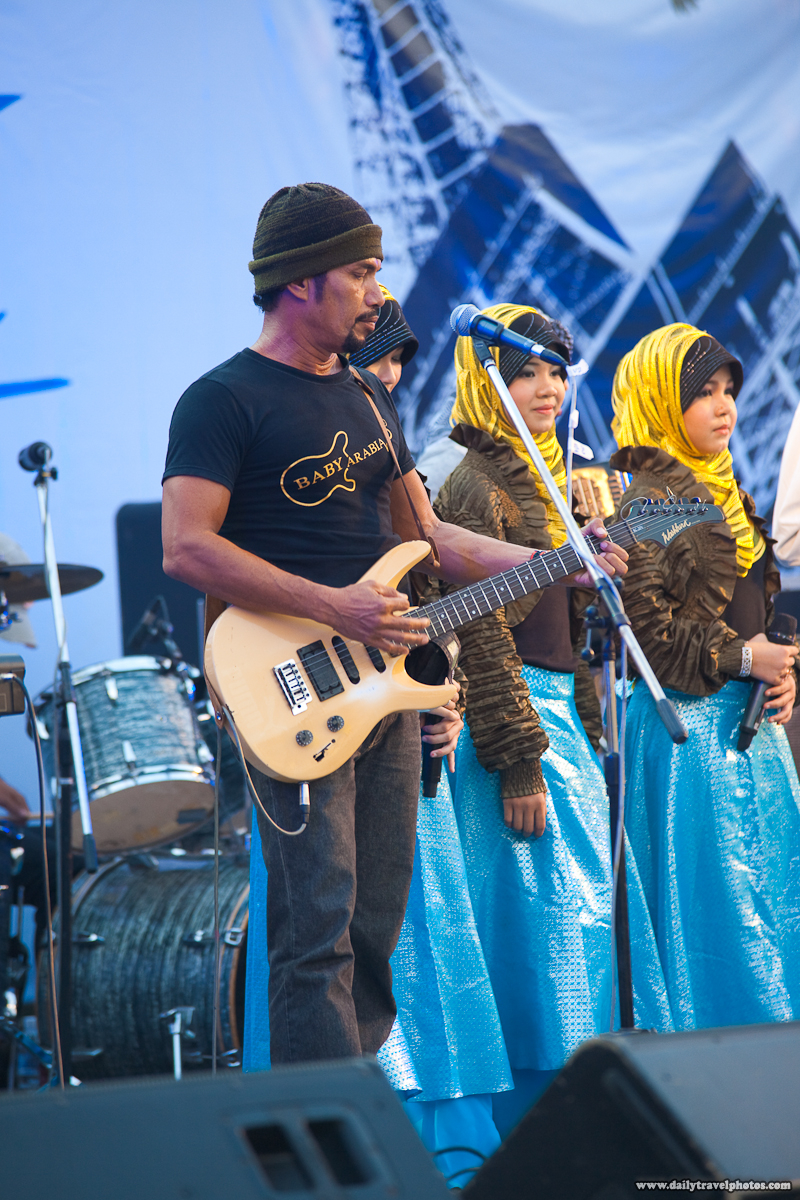 The before/after effect on this photo is very subtle. I gave it only a touch of extra contrast and little else. I'm assuming most people rarely make it down this far in the page so generally, my last image is the least important of the series of images, which is why I tend to keep it capped at 2 images per day.