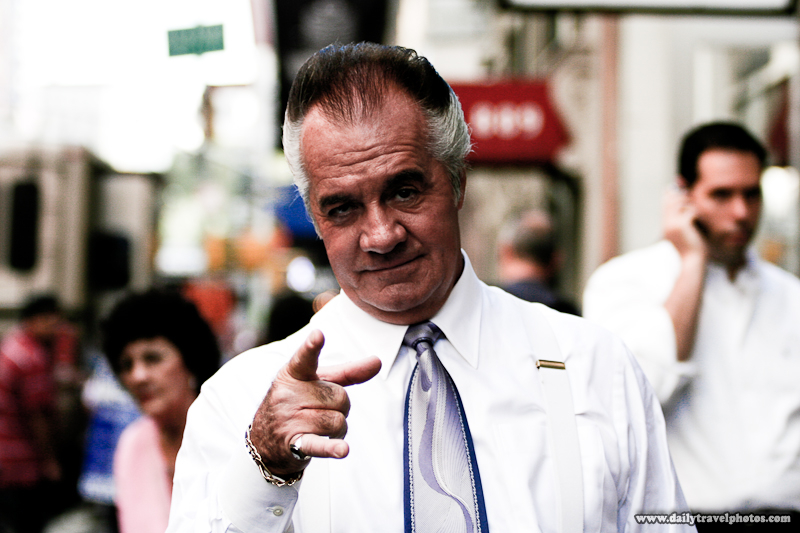 Pauly Walnuts takes a break from Sopranos shooting to pose for a quick photo in Manhattan (ARCHIVED PHOTO on the weekends - originally photographed 2006/08/08).

I happened to be walking down Broadway several years ago and bumped into the set of a Sopranos filming. Pauly Walnuts (Tony Sirico) was kind enough to take a couple of seconds to give me a "gun" after a timid request by me. It was one of the first photos I'd ever taken, in JPG even, so I was forced now to heavily stylize it to cover up the issues expected from a first-time dSLR capture.