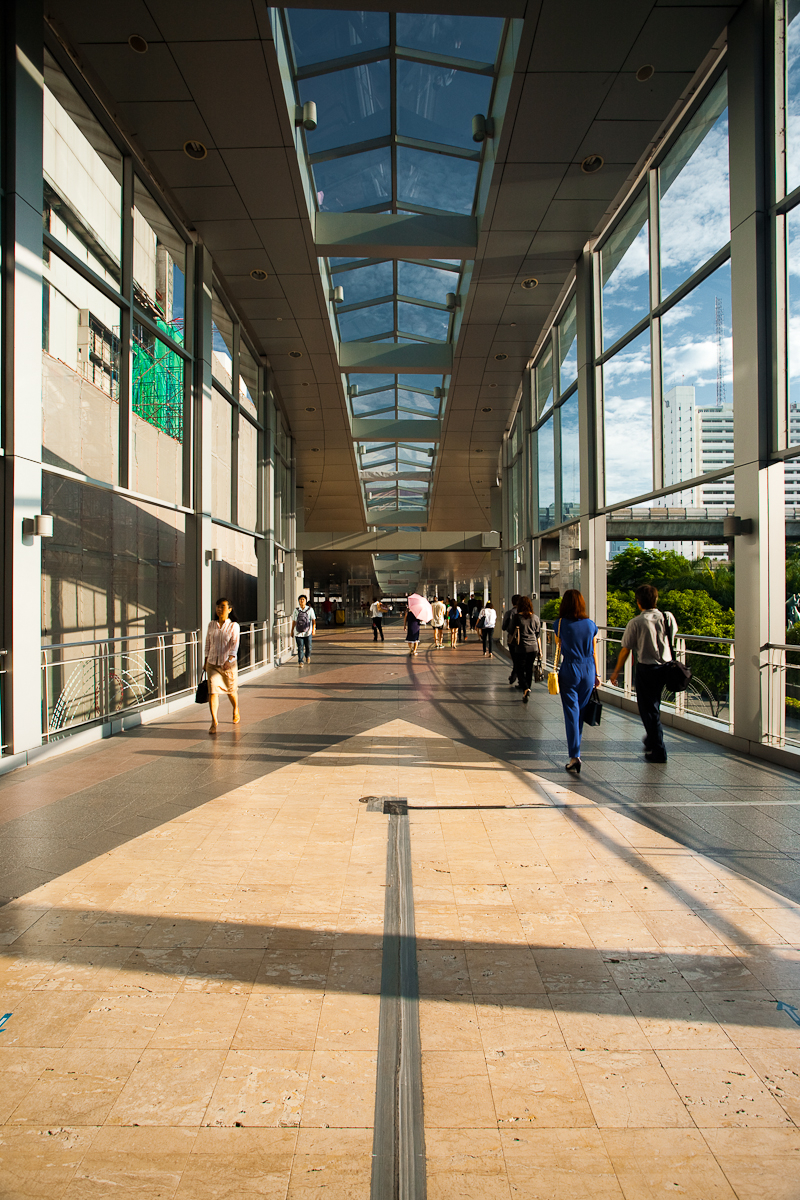 I see this scene at least 3 times/week since this is a standard route I take when I'm whacking around the mall area. However, I wanted to bring up a point that's very particular to Thailand. That is, the schizophrenic nature of Thai foot traffic. Here, you see the reverse of what this society should do. Allow me to elaborate.

Thailand's motorized traffic flows like England's, on the left side of the road. However, as you can see by the photo above, foot traffic, in this instance mirrors that of America, or right side of the road traffic. Walk a few feet away and the direction can very abruptly change. The problem often arises when an opposite foot-traffic Mexican-standoff occurs. You're walking. Suddenly, you see someone hurtling on a collision course at you so you sidestep... but so do they... you sidestep again... and by coincidence, so do they until finally, you're face to face and near ready to kiss. I love this country more than any other in the world so god bless them but for the love of Pete, some local politician needs to sort out this walking schizophrenia.