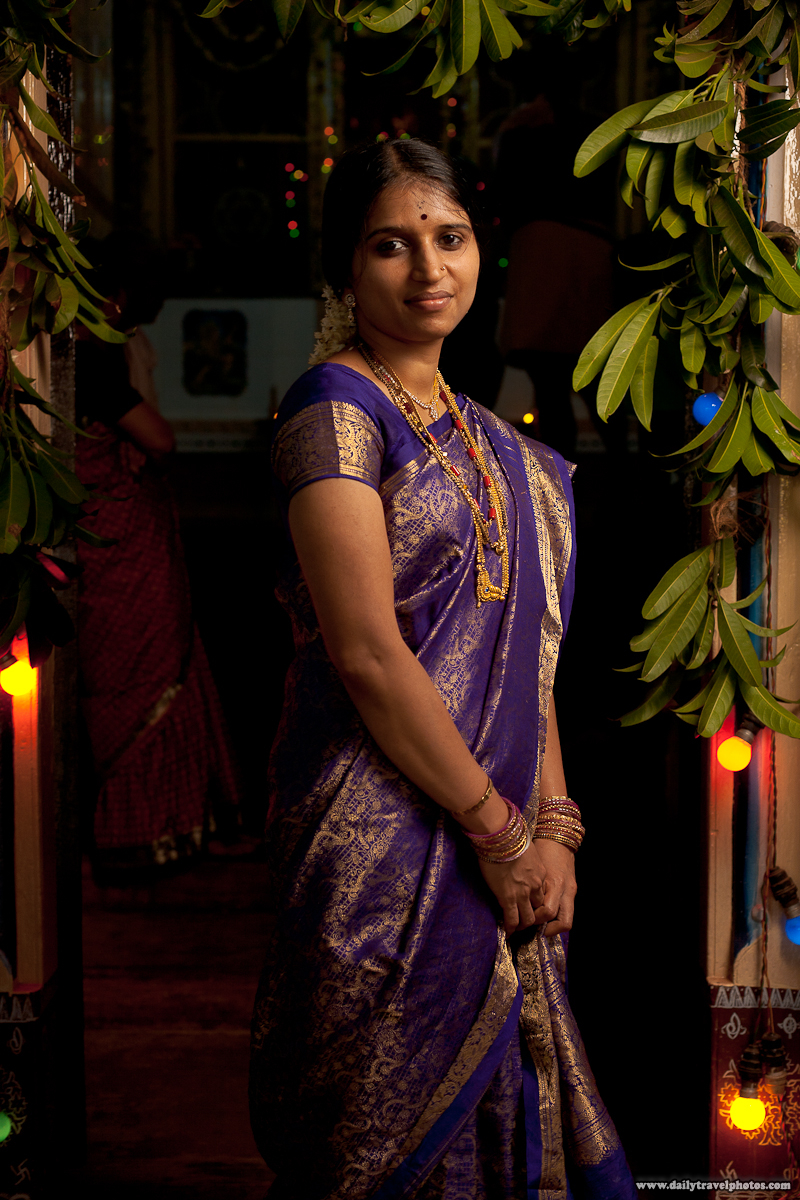 An Indian woman dressed beautifully for a local festival stands in the doorway of a temple in Gokarna (ARCHIVED PHOTO on the weekends - originally photographed 2009/03/04).

There are so many minor festivals in India, it's nearly impossible to remember which one this was. Regardless, these were the days when I'd always carry my lighting gear with me in case such an opportunity like this arose. It's a very basic setup, one strobe modified with an umbrella at about 45 degrees right of camera.

Those were also the days when I had much more confidence in asking complete strangers to pose for a photo for me. Maybe it's the fact that I'm in a developed country but I doubt I would bother many people in France to pose for a photo like this. Nor would they ever be worth asking as the native costume in France doesn't even begin to reach the elegance of a Indian sari.