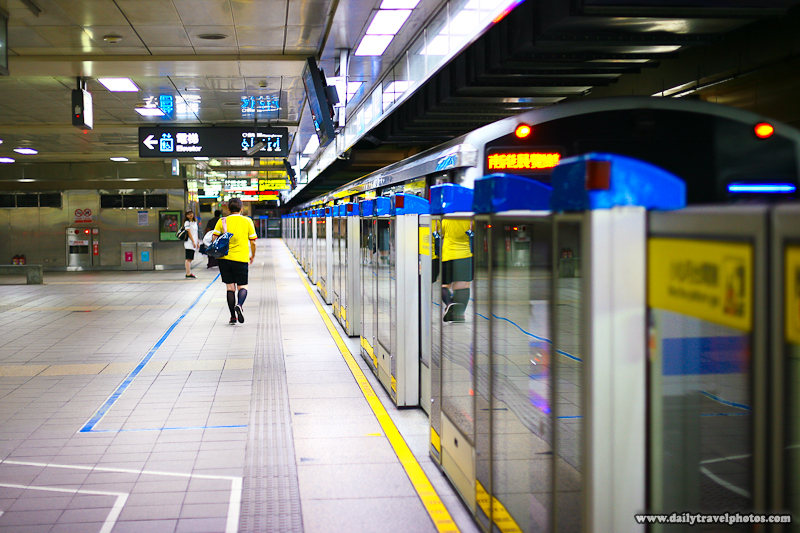 A passenger walks on an immaculate subway platform on the metro system in Taipei.

After touring the Matsu islands, I was whisked away to Taiwan's capitol, Taipei where we enjoyed a limited amount of sightseeing around the city outside of our regimented schedule. I managed to get a few hours taking pictures in Taipei but unfortunately, I didn't see nearly as much as I wanted. All the better reason for me to come back to Taiwan in the near future!