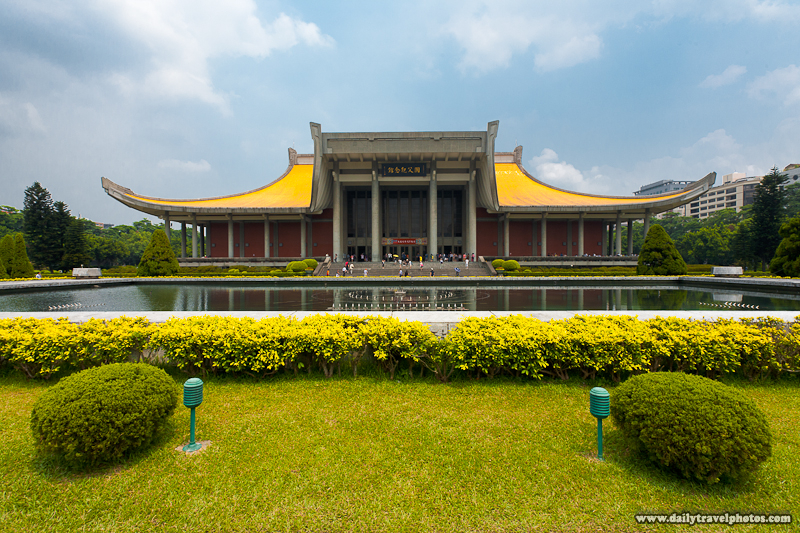 The front of the Sun Yat Sen Memorial Hall building partially reflected in a water fountain.

Every country has some important figure considered to be its "father of the nation." George Washington is to the United States as Dr. Sun Yat Sen is to both Taiwan and China. Dr. Sun was instrumental in establishing the Republic of China after the overthrow of the Qing Dynasty almost exactly 100 years ago. He served as China's first president and later helped found the Kuomintang party, the same party that was driven out of mainland China by the communists during their civil war.

The program that sponsored my trip to Taiwan is part of the year-long celebration of the 100 year anniversary of the establishment of the Republic of China after the overthrow of imperial rule. The celebrations are currently ongoing and will culminate in the month of October.