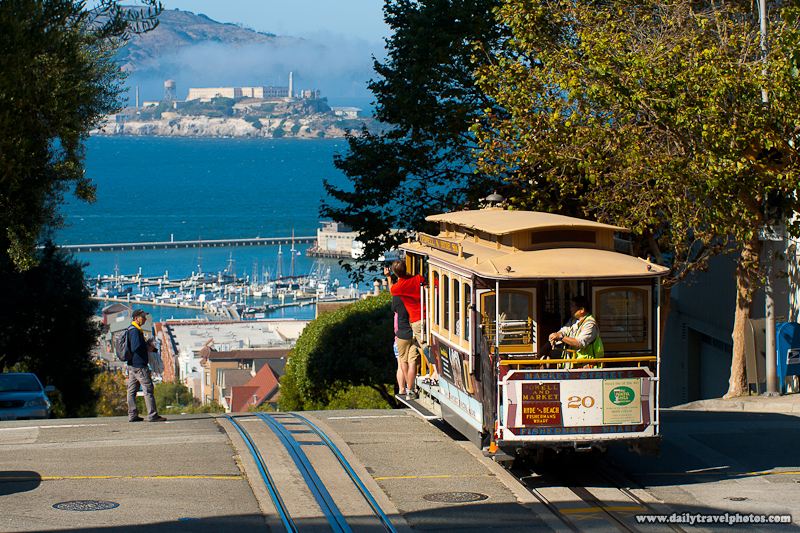 The Hyde Street cable car descends at its peak with Alcatraz Prison in the background.

I'm taking a post-Taiwan small break in California at the moment and having a good time wandering around like a tourist. The irony is, during the six years I called San Francisco my home, I did little touring of what would be considered the city's tourist hotspots. I'm taking this time also to catch up with friends in the Bay Area and take in the region's best cuisine (i.e. Thai food). And as usual, following any trip to the US, I'll promptly go on a diet from all the weight I gained eating the large quantities served up at all my favorite restaurants in SF!

This photo was inspired by a fellow travel photographer's photo from SF, strangely posted about the same time last year.