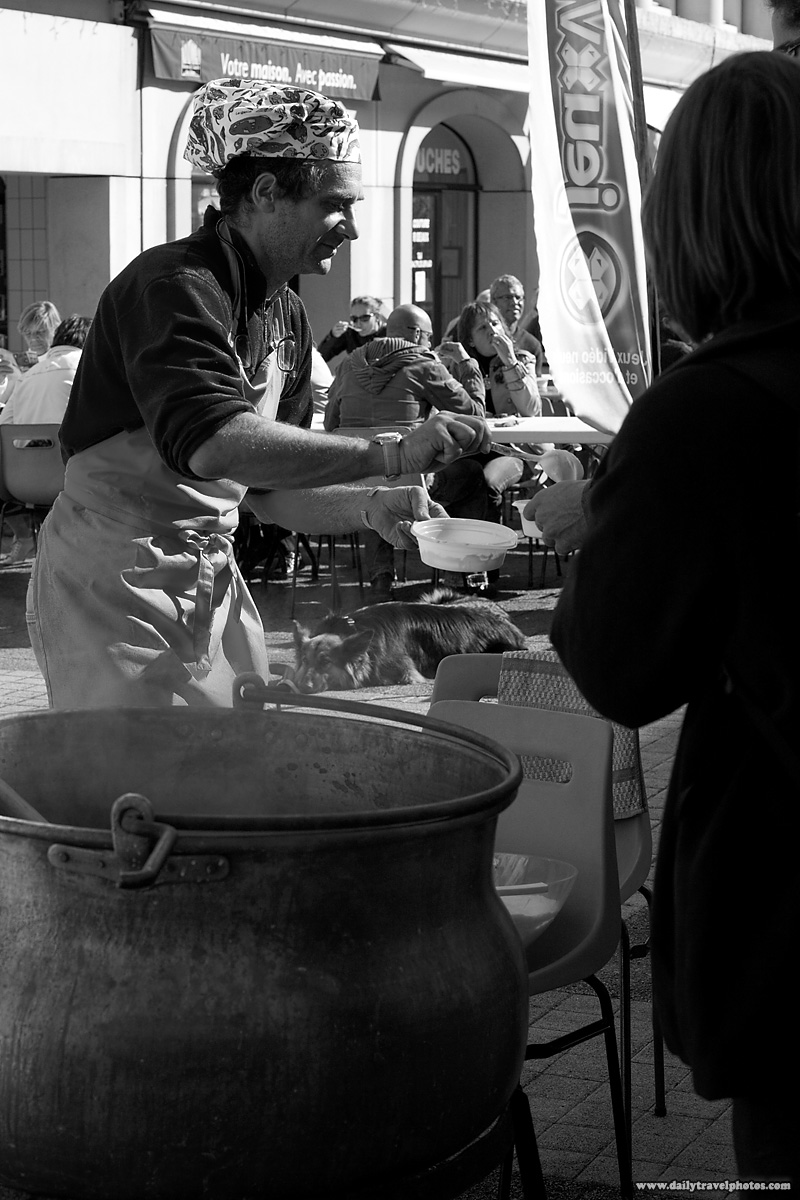 A cook ladles soup made in a comically giant cauldron in Albertville, France.

The reason I was in Albertville was the annual Grand Bivouac, a festival for travelers by travelers. At the festival, there are travel documentary and film screenings as well as talks and exhibits shown by some extreme voyagers who, often times, live or travel in harsh and unforgiving circumstances during their trip abroad. Unfortunately, all the talks are given in French, hence, I was unable to attend any of them but I did enjoy the ambiance of being among like-minded international travelers.

For the record, I had a bowl of the soup and yes, it was quite chunky and warming on a cold autumn day.

Oh it seems tasty! Nice pic
Have you ever thought about writing travel essays?