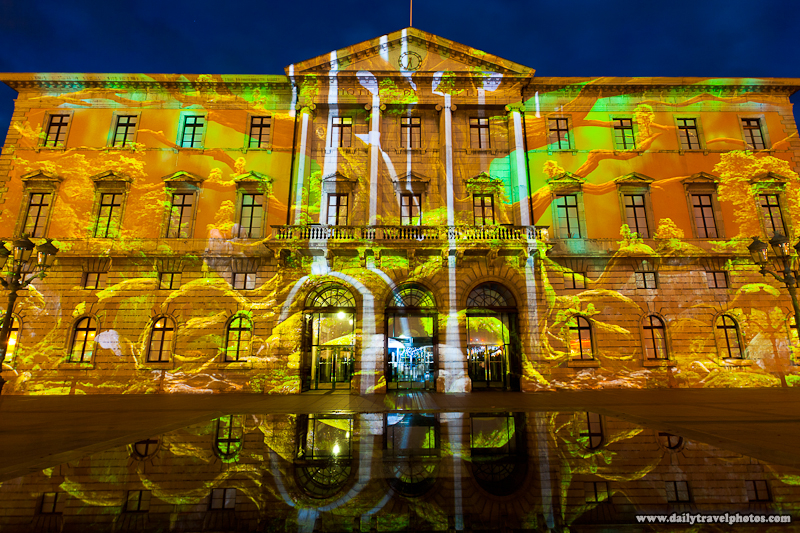 The light show lasted about 20 minutes during which time, a series of animated scenes set to music flashed across the front of the town hall. If my French comprehension were better, I'd be able to tell you what the show was about but if I were a gambling man, my guess is that it was some kind of history of the founding of Annecy along with random beautiful images like the waterfall forest above. 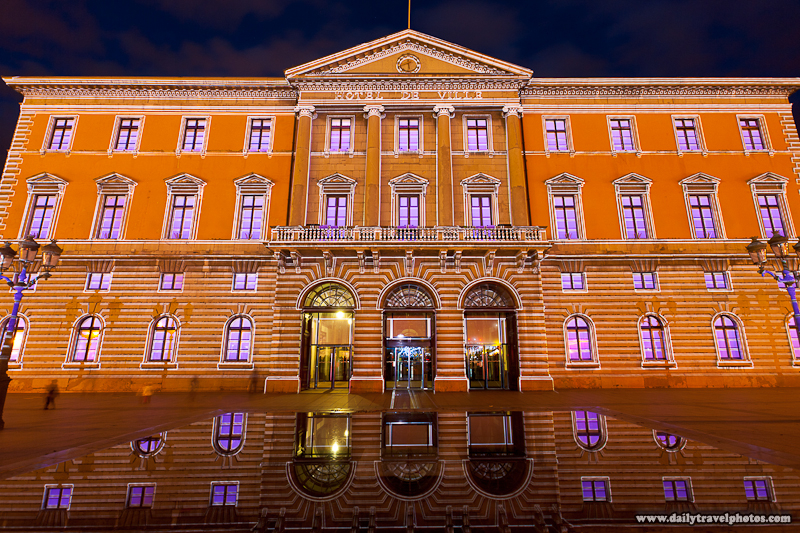 Annecy's city hall outlined by the light painting effect of a light show.

As I said before, the town hall people in Annecy really have their act together!