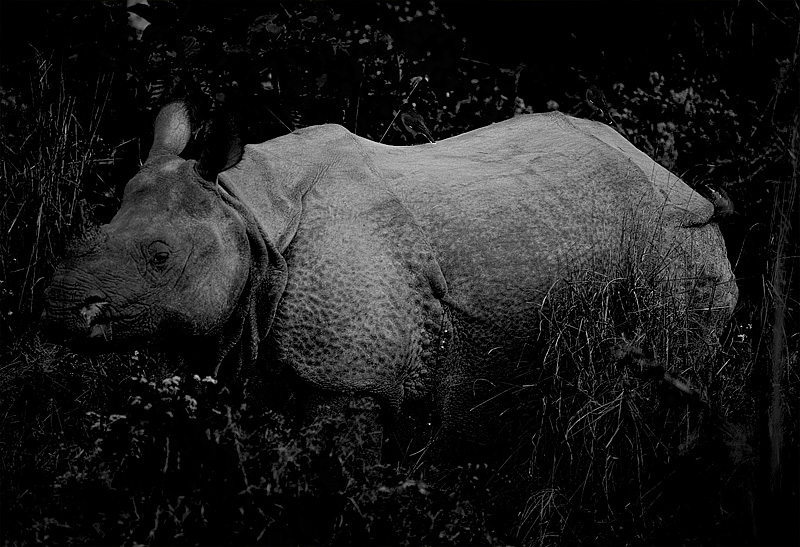 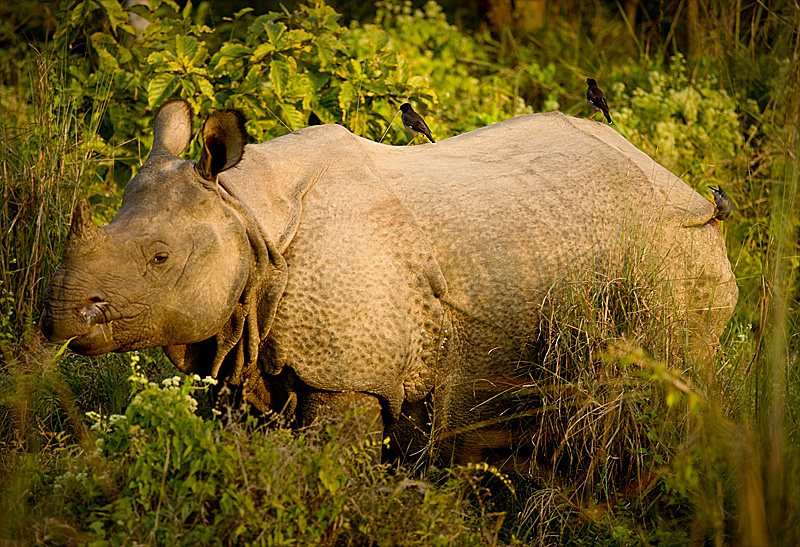 At the Chitwan National Park, a wild, one-horned rhinoceros eyes us suspiciously while chewing on an evening snack.

The angle is a bit deceptive but I can assure you the photo was taken from the back of a large elephant. Otherwise I'd have a gaping wound as a keepsake from my rhino safari. And in case you haven't noticed, you can hover your mouse over the image (or the "alt" button, bottom right of photo) to view an alternate color image.

In the alternate color version, you can see three birds, one of which appears to be doing unspeakable things to the rhino's rear. But I imagine this armor cleansing is part of the symbiotic relationship that allows the birds to remain unmolested on the back of the rhino.