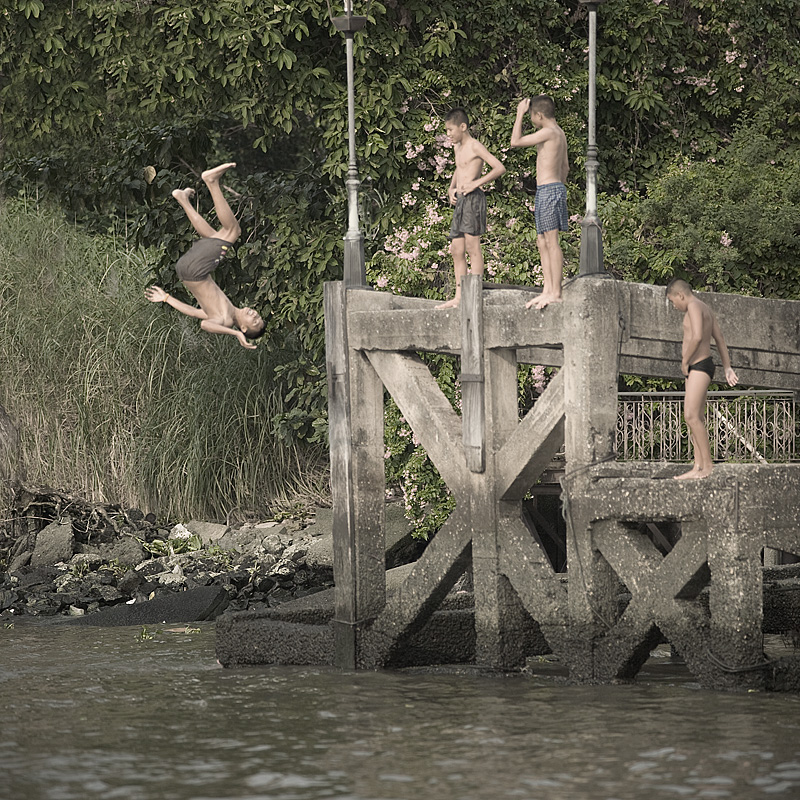 Kids escape the late-afternoon heat on the Chaopraya river. Call me an old curmudgeon but that seems awfully dangerous, no?

In case you haven't noticed by now, some photos have alternate versions accessible by hovering over the image or over the "alt" badge below the image. I was torn between several versions of this particular image but, in the end, settled on these two. In the black and white (infrared) image, it's difficult to see the main subjects so the desaturated photo won out. As always, your comments are welcomed and appreciated.