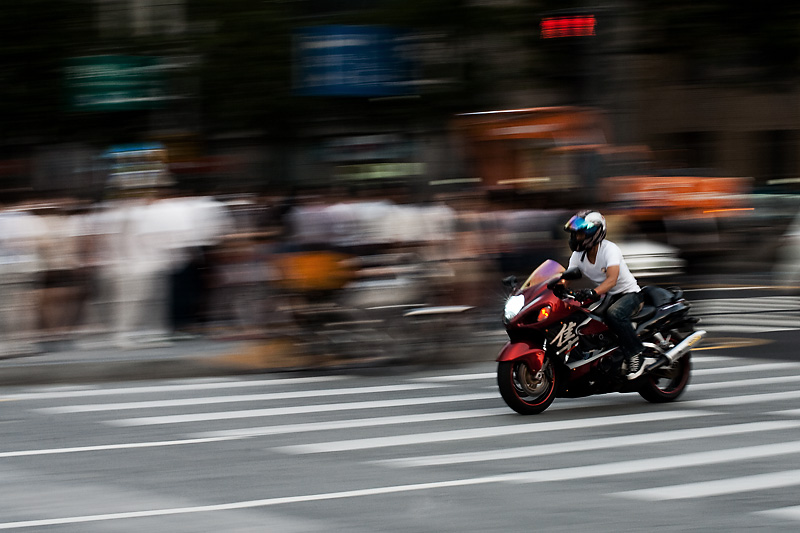 A crotch rocket races past an intersection near the Yi Sun Shin statue in Seoul.

Out of several dozen panning attempts, this one turned out to be my favorite photo and luckily it was a sexy crotch rocket that came out relatively sharp. 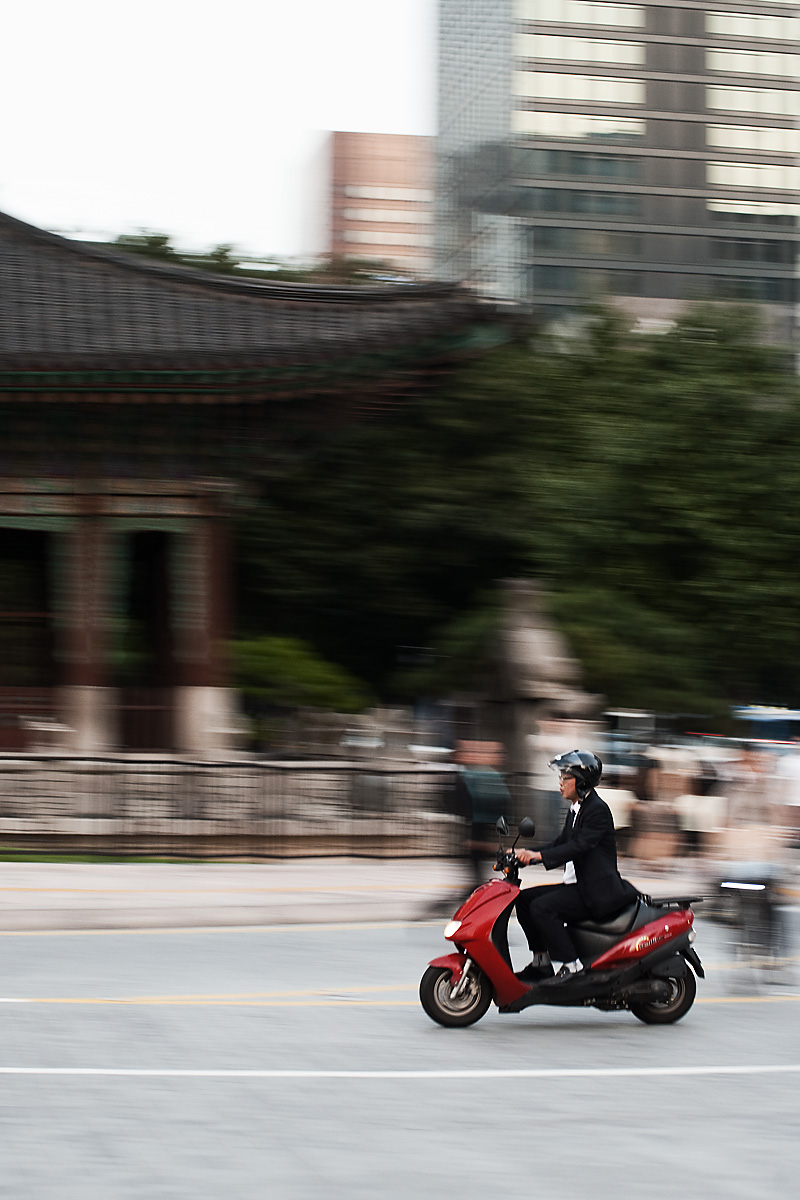 I hope this motorist, at the least, has his health. Riding a scooter around town can't be doing wonders for his love life... then again, maybe the rules are different with the pragmatic Korean population; It's the practical salary man that collects the ladies' digits and the bad boy crotch rocketeer that goes home to TV dinners alone.