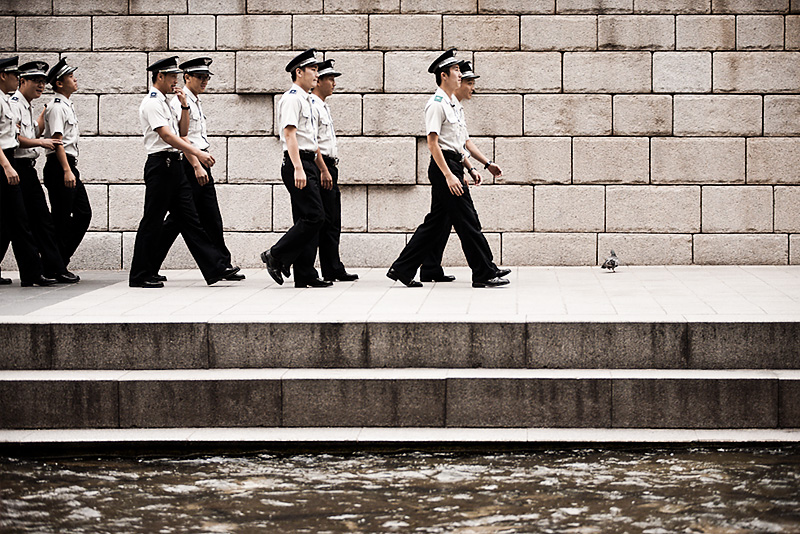 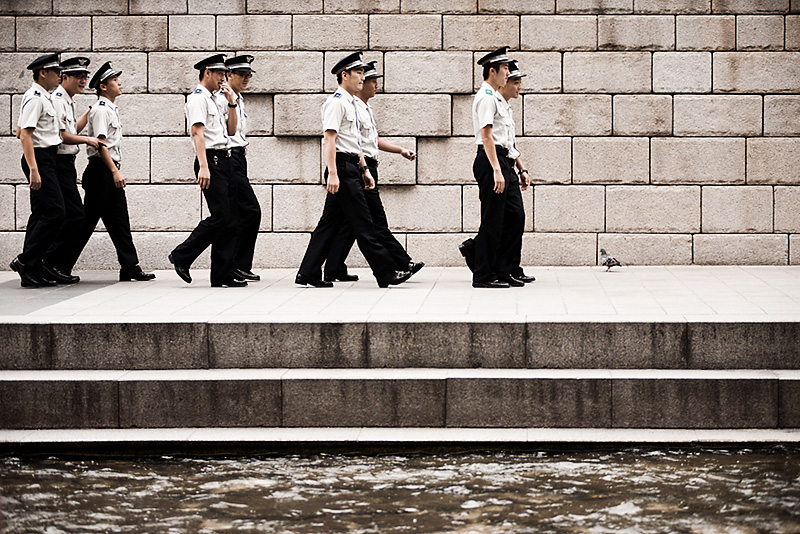 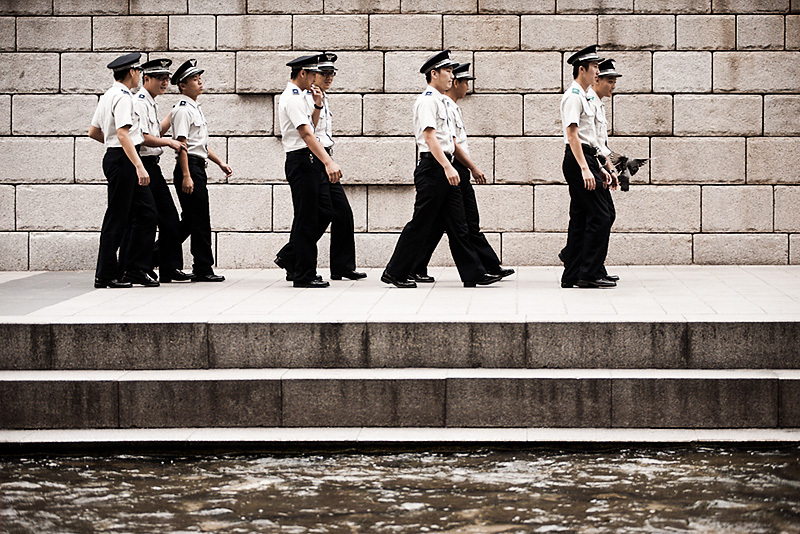 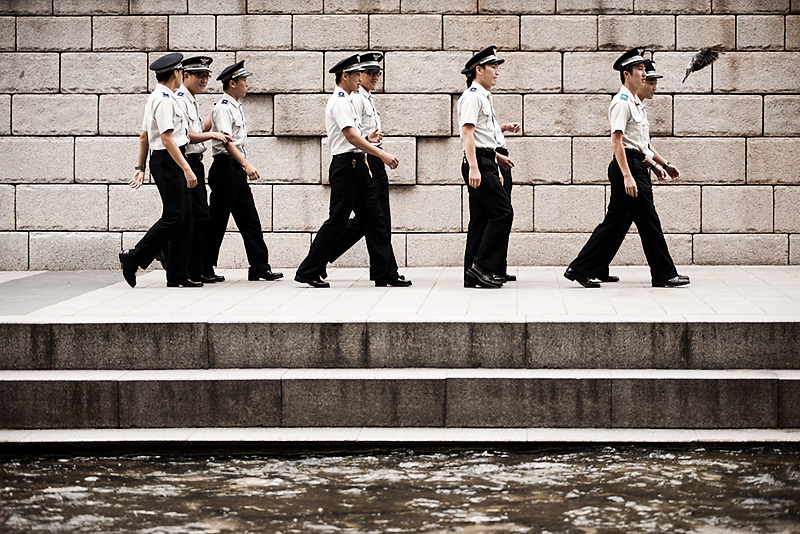 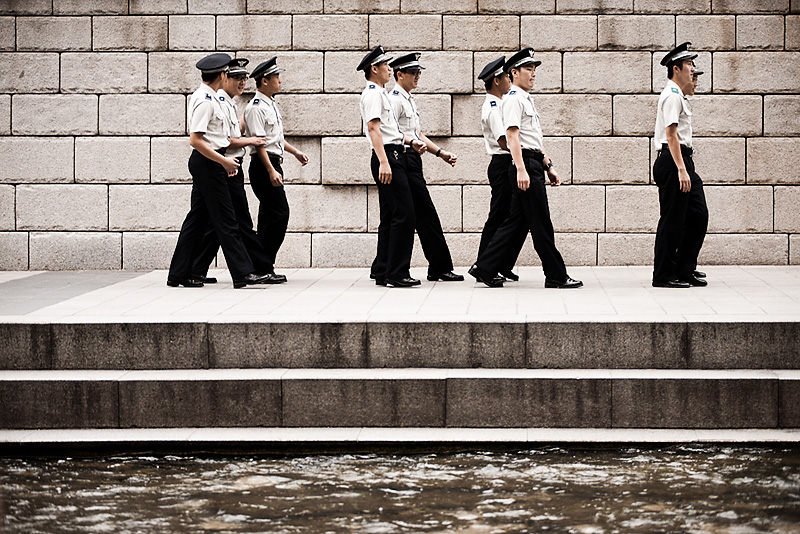 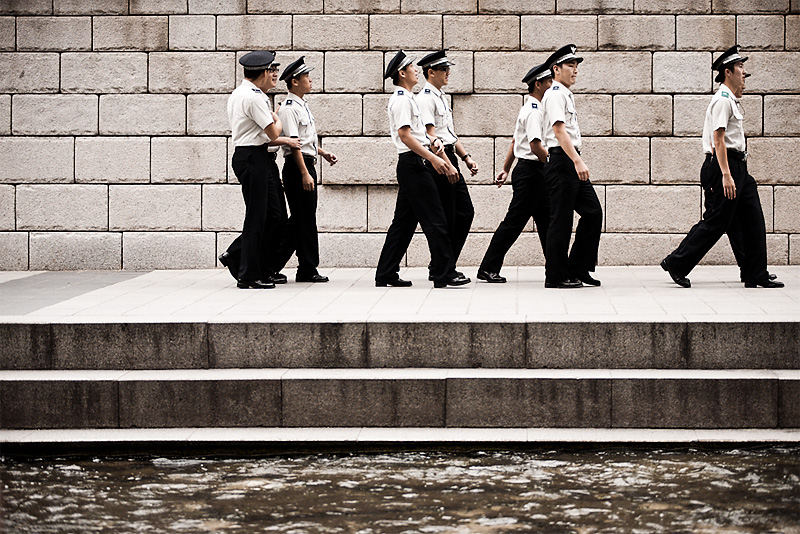 A group of young "police" officers walk in loose formation down Cheonggyecheon (ì²­ê³„ì²œ) Stream in Seoul. Korean residents are obliged to serve in the military but some skirt gun-toting duty by being assigned as civilian police officers.

Their youthful, boyish faces do little to help me feel safe from slightly above average size thieves and mass murderers. But the frightened response exhibited by one of these police officers to a surprise pigeon "attack" gave me even less confidence in these boys. Thank heavens South Korea is one of the safest places I've ever been.

Mouse over the image for a rolling series of images (Flash Required).

0 Comments - Out of Step