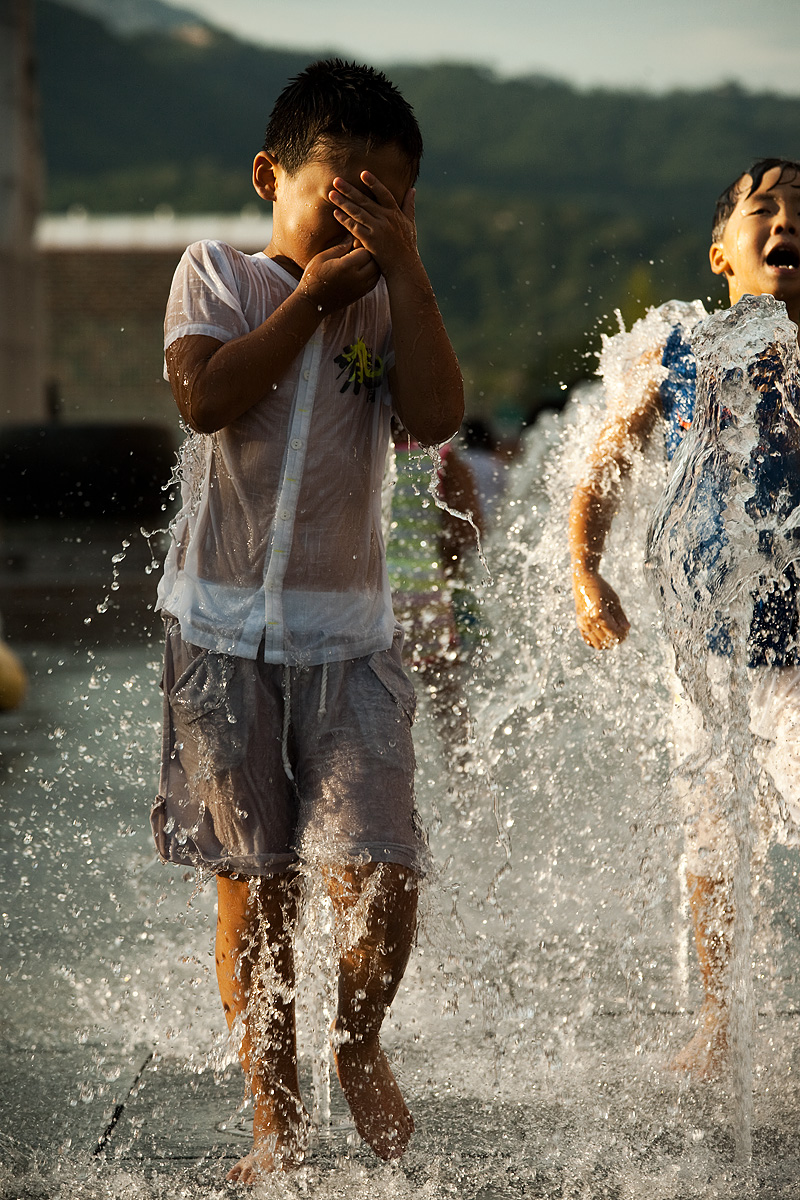 Young boys muck around in the fountain (previously featured here and here) near the Yi Sun Shin statue in downtown Seoul.

I thought these pictures were appropriate to signify the unofficial end of summer as far I'm concerned. I'm officially freezing whenever I go outside. However, don't let my overreaction imply that these hardy Koreans find the temperature cold nowadays. I spent the better part of the past 6 years avoiding winters in tropical countries so my body's core temperature skews a bit to the warmer end. I'd much rather peel layers off than put them on - More beach, rather than mountain - I prefer the steak rather than the sizzle (whatever that means). 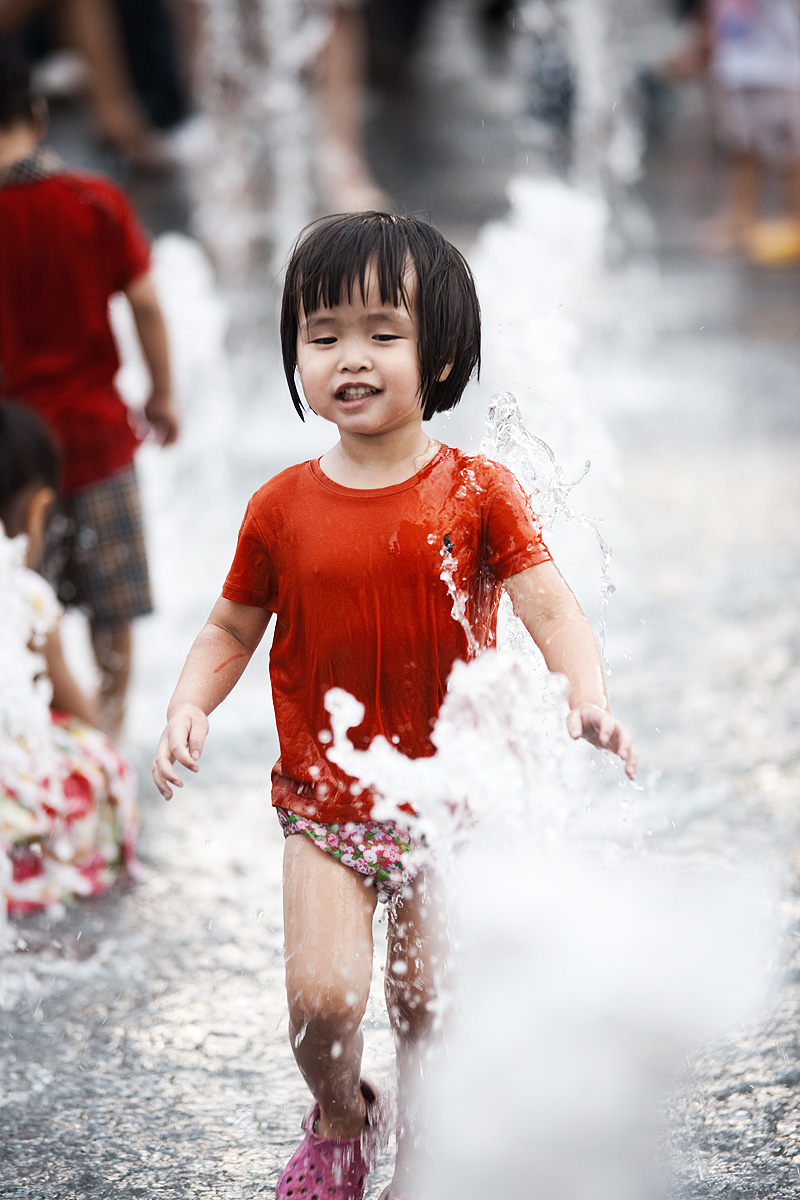 I'd venture a guess that it's actually the Frankenstein hairdo that makes this girl cuter than a bug's ear. Or could it be her over-sized head, like that of a freshly born puppy or Japanese animation character. 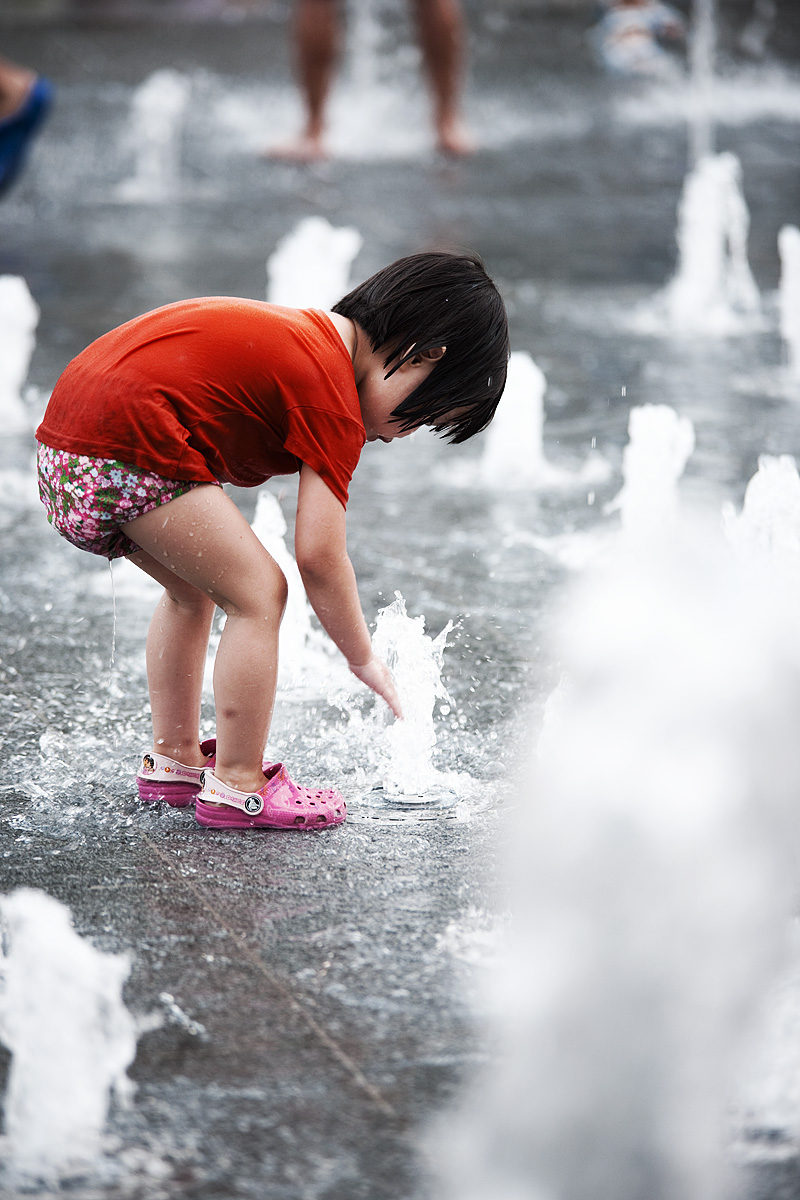 I awaited the inevitable powerful jet of fountain water in the eye. Unfortunately Fortunately it never materialized. 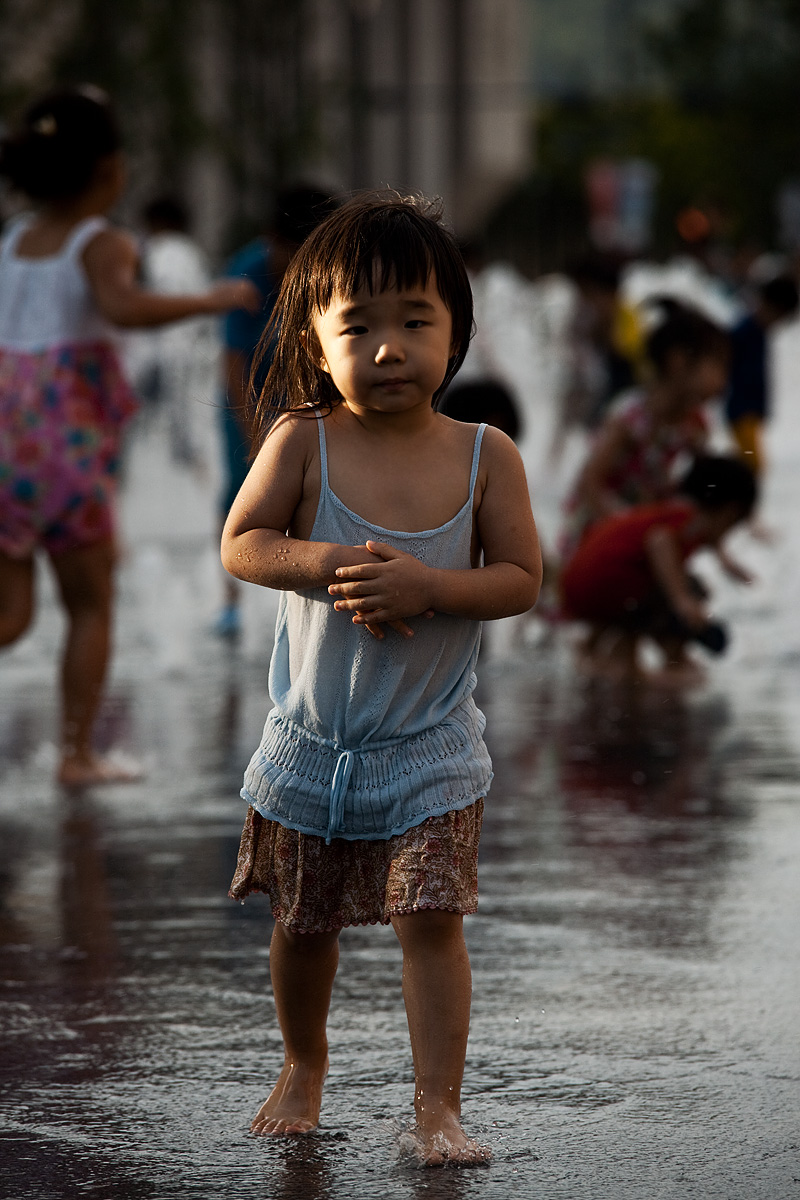 Wet and chilly. I know exactly how she feels.

Ed. note - I have no idea why but this post decided to delete itself. I've resuscitated it, hopefully for good.

Love the ambiance of these pics !
Nice subject.