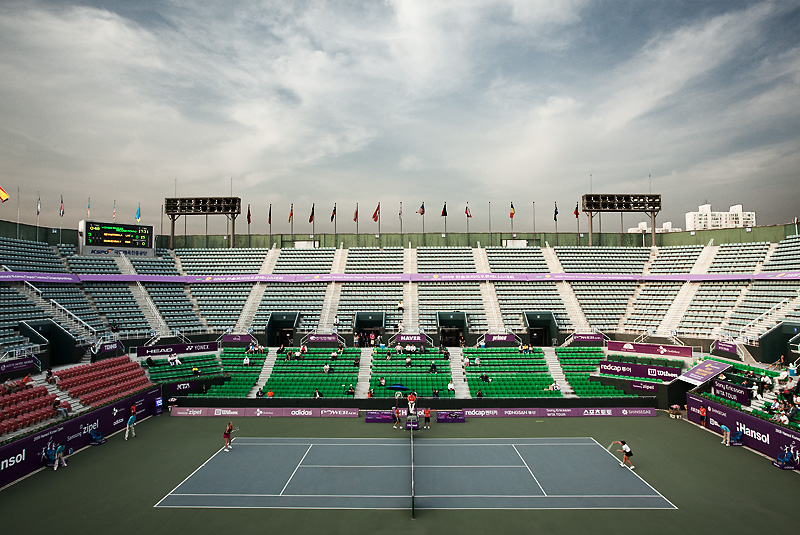 It's Thursday and US$8 gets you any seat in the house! Thank heavens for the plethora of working stiffs trying to claw their way to middle management in Korea. Otherwise, there'd be far more seats occupied and top won (Korean currency) paid for the primo seats. It was a great day of tennis watching but being more a fan of contact sports, I think I watched enough tennis to satisfy me for at least a decade. 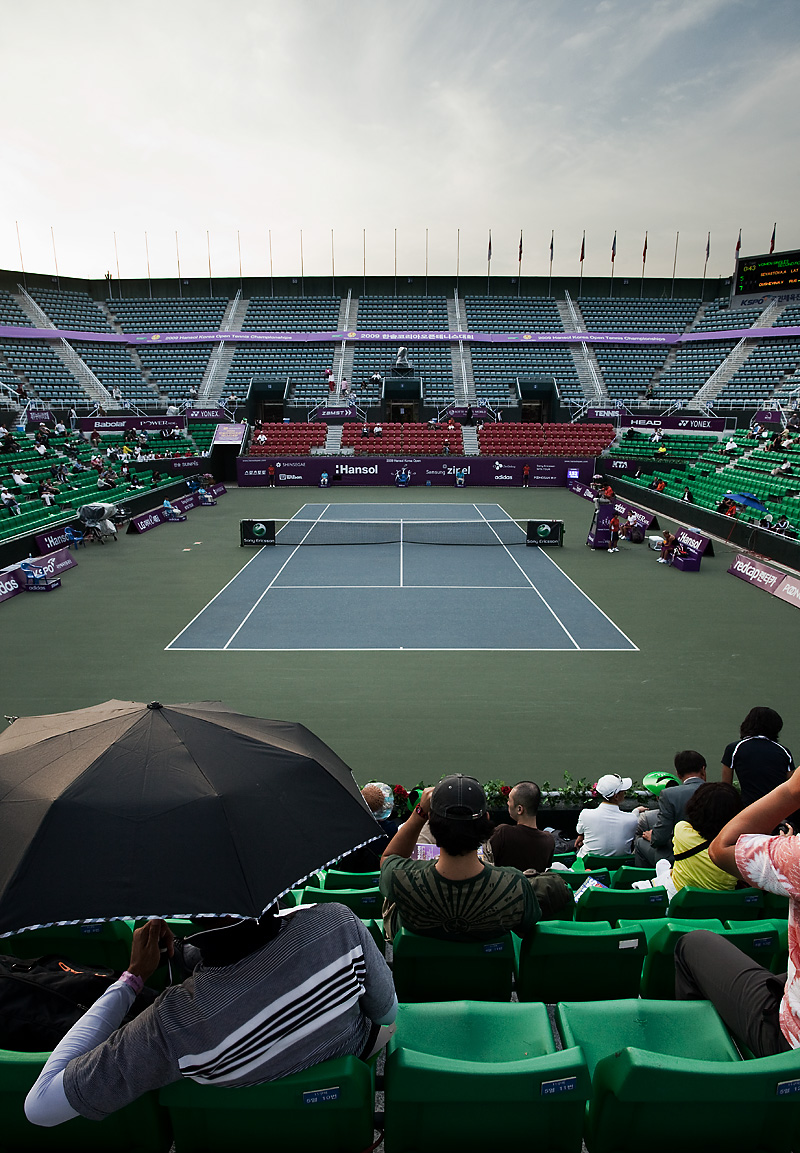 The Russian and Latvian take a break between games.

Audience members are forbidden from moving about in the stands during play, particularly behind the players. The doors are locked and the umpire issues verbal warnings in the international language (English) to those that walk behind the players while the ball is being served. The problem is, we're in Korea and very few people understand verbal English. Chaos ensues and it's a veritable free-for-all of meandering and lollygagging.

It's difficult to blame the Korean audience. WTA officials should have a local language official on-hand to announce things in the local language, in addition to English. Isn't that what they do at the French Open?