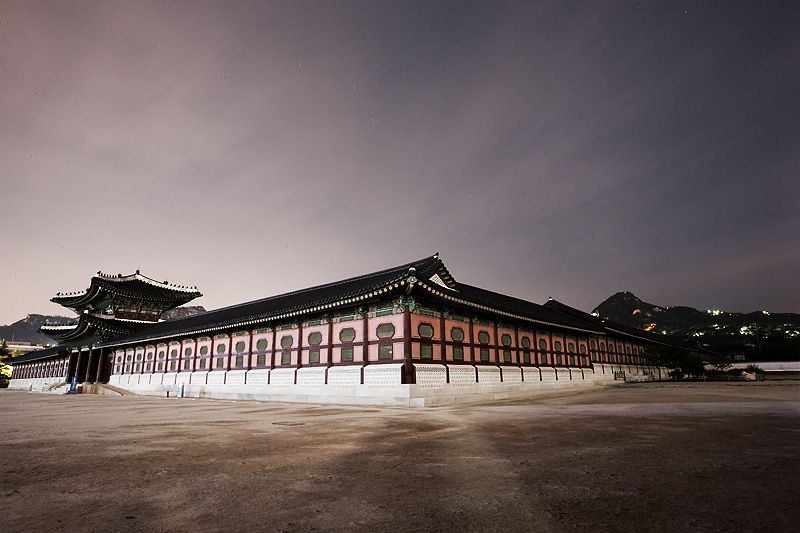 Gyeongbokgung ("palace greatly blessed by heaven) is arguably the biggest tourist draw in Seoul due to its historical significance as the King's seat since the Joseon Dynasty. Today, so many tourists mob the palace during visiting hours that a humble photographer can only go at night to photograph the place nude of gawking package tourists and unemployable loitering locals. With any night at my disposal, I chose a night that would be on or near full moon hoping the unique lighting would give me a photo of the palace rarely seen before. I tried to force the stars to leave a trail of light but that would've required far more time than I had before the night guards forcibly removed me from the premises. 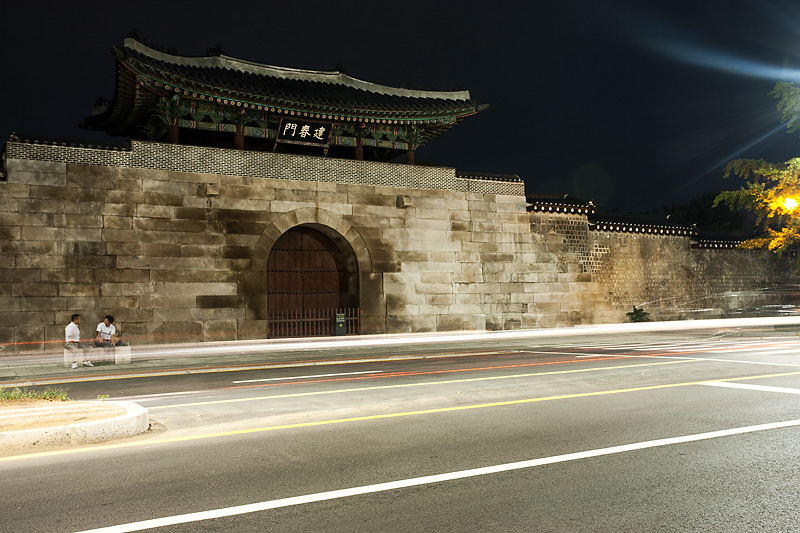 Geonchunmun, a largely ignored side entry gate to the Gyeongbokgung Palace complex.

Every time I walked by this beautiful mun (gate), I felt sorry for this long neglected part of the palace and vowed to one day return to take its picture. Dragging my shutter to create some car light trails, I finally got some photos that I liked, especially with the lens flare created by a street light balancing out the weight of the left-heavy photo.