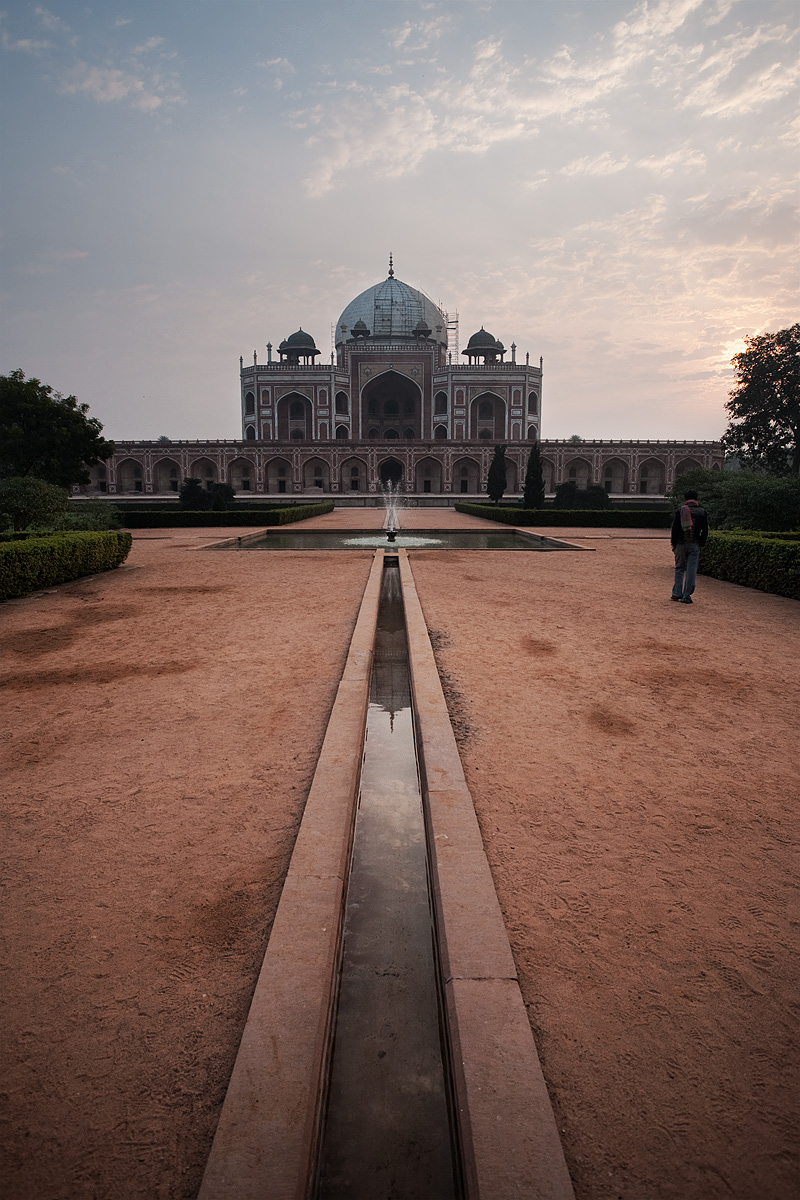 As noted in my guidebook, this tomb incorporates architectural elements that were eventually used in the construction of the Taj Mahal. Otherwise, it's a gigantic building to house the tomb of one Muslim ruler and his wives.

Pardon the lack of contrast on the building itself. I salvaged what I could from a relatively misty morning image. Anywho, give me some credit for waking up at 5:15AM to get myself to an otherwise over-crowded tourist landmark in Delhi. And yes, as indicated by the man's clothes, it was extremely cold that early in the morning. 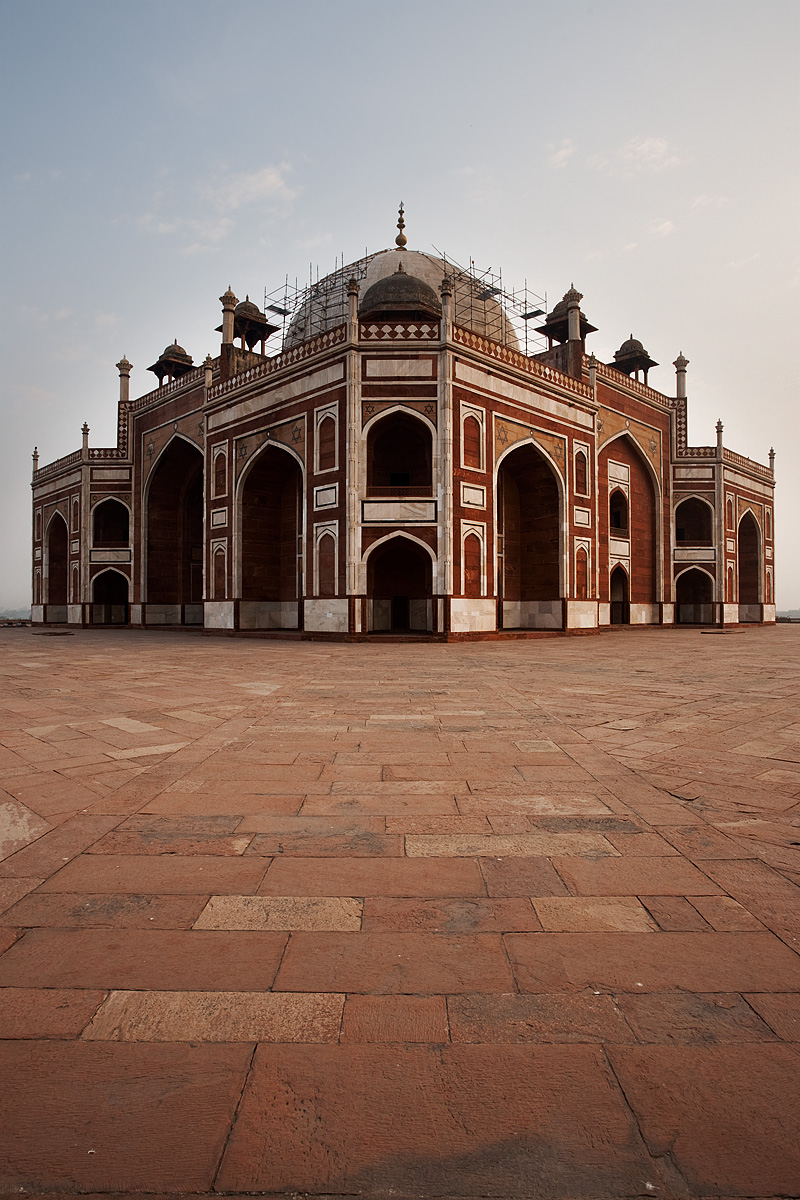 You'll notice in many of my Delhi photos, there are signs of renovation such as the scaffolding around the central dome above. It's not typical of India to renovate for the sake of maintenance so you should be asking yourself, "Which major event is nearing?" The answer is the Commonwealth Games 2010 in only a few months' time, for which major venue constructions are behind schedule.

Every nation attempts to put its best, hastily-contrived facade forward when hosting an international event, ensuring eyesores are neatly swept under the proverbial rug. Each past Olympic host city did it, including temporarily jettisoning its undesirables to out-of-sight places. So where will India hide its homeless and indigent? We'll find out the answer when the games arrive.