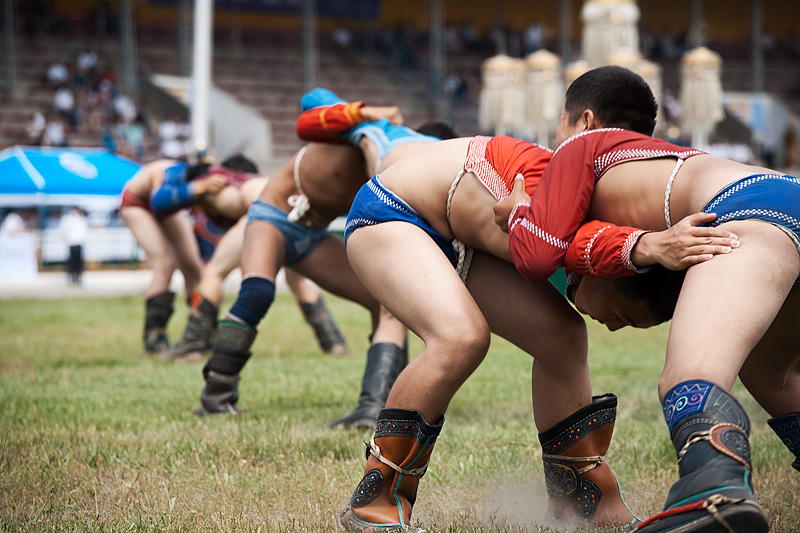 Simultaneous wrestling matches in session at the Nadaam Festival in Ulaan Baatar.

In the earlier, less important rounds of the Nadaam Festival, it's possible to wind your way down to field level for action so close, you get doused with sweat beads. Try the same shenanigans during one of the heavyweight bouts and I discovered the hard way, a team of security will promptly expel you to the appropriate area. 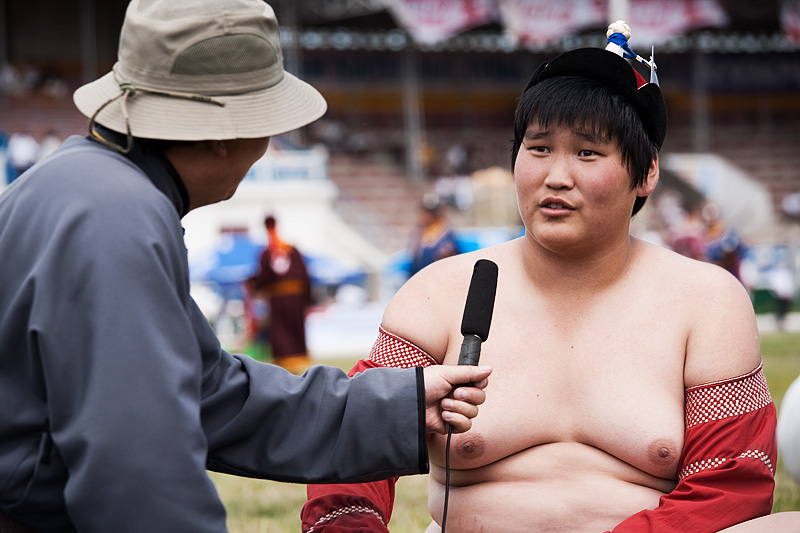 A heavyweight youth squirms under the spotlight of a televised interview.

I gather this youngster is a rising star in the Nadaam Festival wrestling ranks. He towered over his competitors and handily won each match without breaking a sweat. Apparently, he saved the sweating portion for later when he nervously answered questions posed by the reporter.