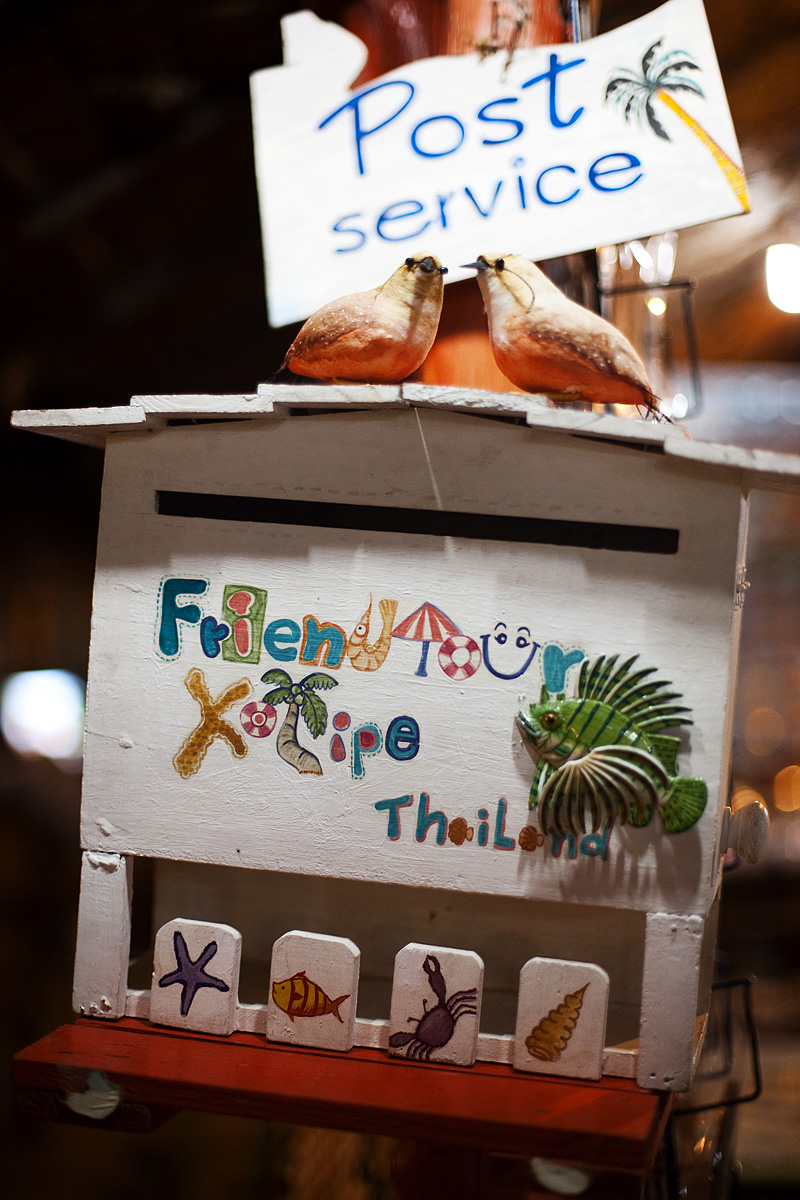 An ornamental mailbox outside a postcard store called "Friend Tour".

It's genius marketing! For the privilege of using the cute little mailbox, tourists immediately and unquestioningly fork over Thai cash-money in order to buy an overpriced postcard to stuff into the slot. In developed nations, creating a box that masquerades as an official mail repository is considered a federal offence. In Thailand, it's a form of business.

On a side note, there must be a better sea creature to use than a shrimp for a "d" (in Friend)... perhaps a snail or upside-down jellyfish? 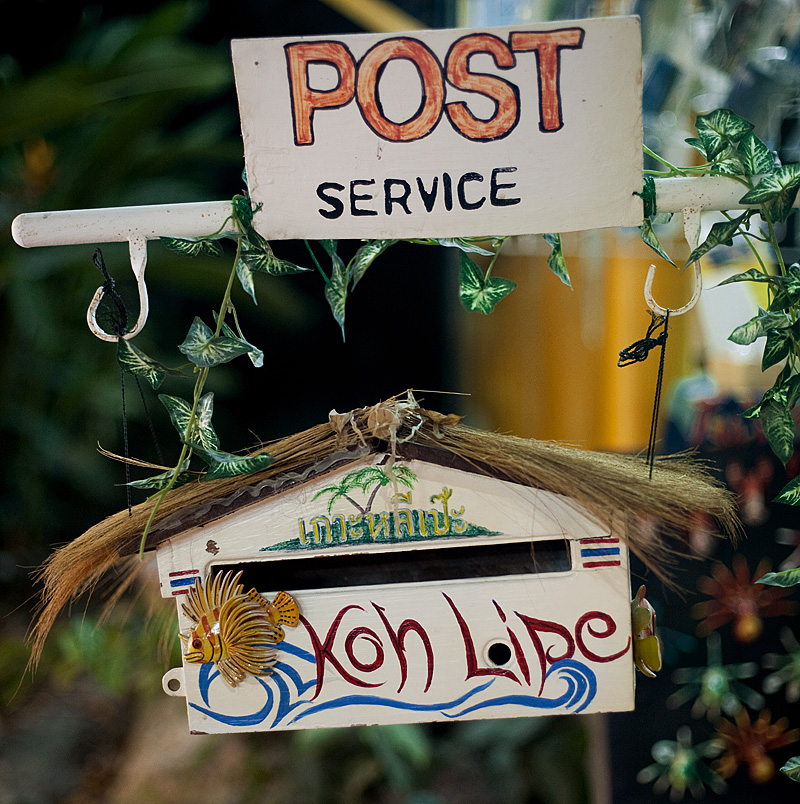 An ornament mailbox outside the "Travel Store".

The lack of depth in this photo detracts from the image, overall. For all you youngsters out there starting out in photography, know that depth or the sense of depth is one of the key ingredients in a successful photo. Photographers buy thousands and thousands of dollars worth of lighting gear to enhance the sense of depth in any photo. Speaking of which, I may bring my strobes to attempt this photo again in the near future.