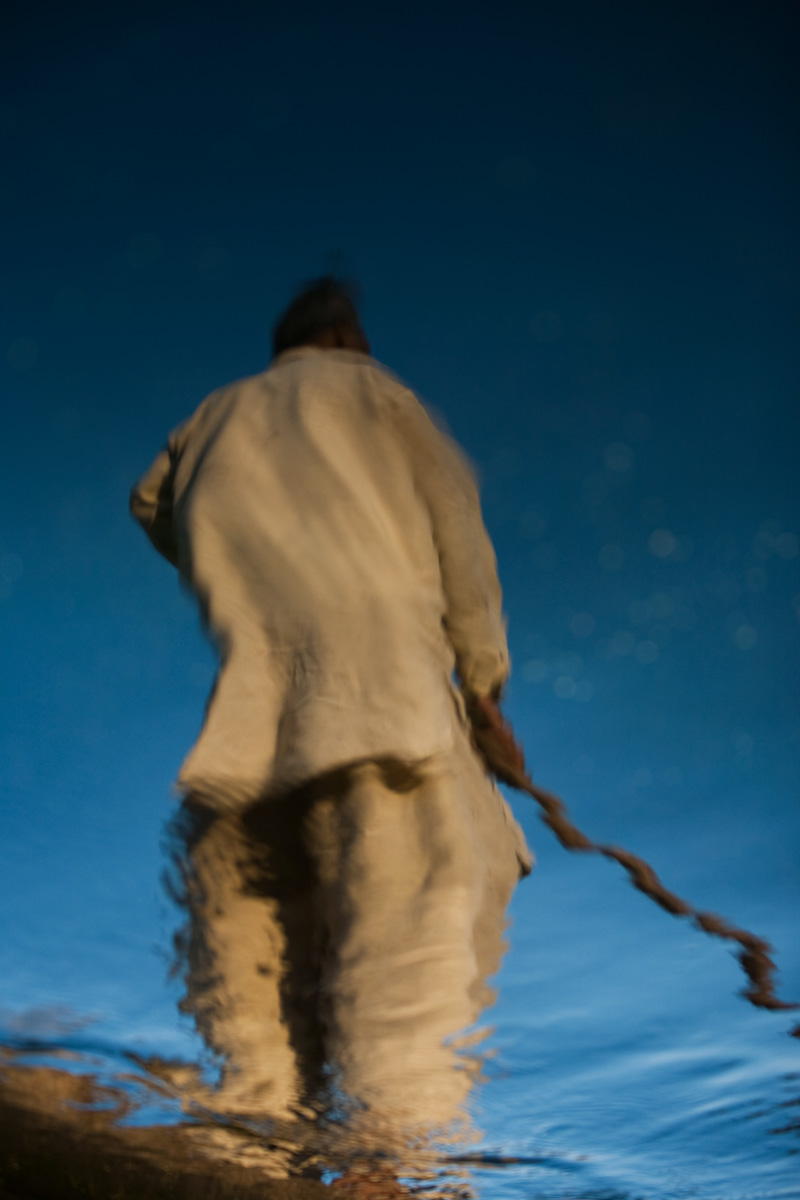 A reflection of a Kashmiri man standing on his boat.

In some parts of Kashmir's capitol, Srinagar, life revolves on and around the waters of its many lakes. I've been to floating markets all over the world but few are more than an opportunity to sell Chinese-made tourist trinkets to 2-week holidayers. The floating vegetable market in Srinagar is nearly as real as they come. Unless tourists are in search of several kilos of head lettuce, there's little else they can purchase. The majority of goods bought and sold are by Kashmiris for Kashmiris in the form of produce. That's not to say that some Kashmiri entrepreneurs haven't latched onto the opportunity to hawk tourist crap. However, they're more of an afterthought to the frenzy of morning vegetable mongering on the placid lake's waters.

It's time again for archived photos weekend. I must admit, I blew it on this one. I was recently digging through some older photos in Lightroom and realized that an unintentional filter was obscuring my entire North India collection taken this summer. That includes a treasure trove of images from the beautiful Himalaya region and its atypically Indian ethnicities. I'm a boob. I'll make it up by devoting the next several archive photo weekends to publishing some of the best photos from this set. So stay tuned for North India weekends, coming now! 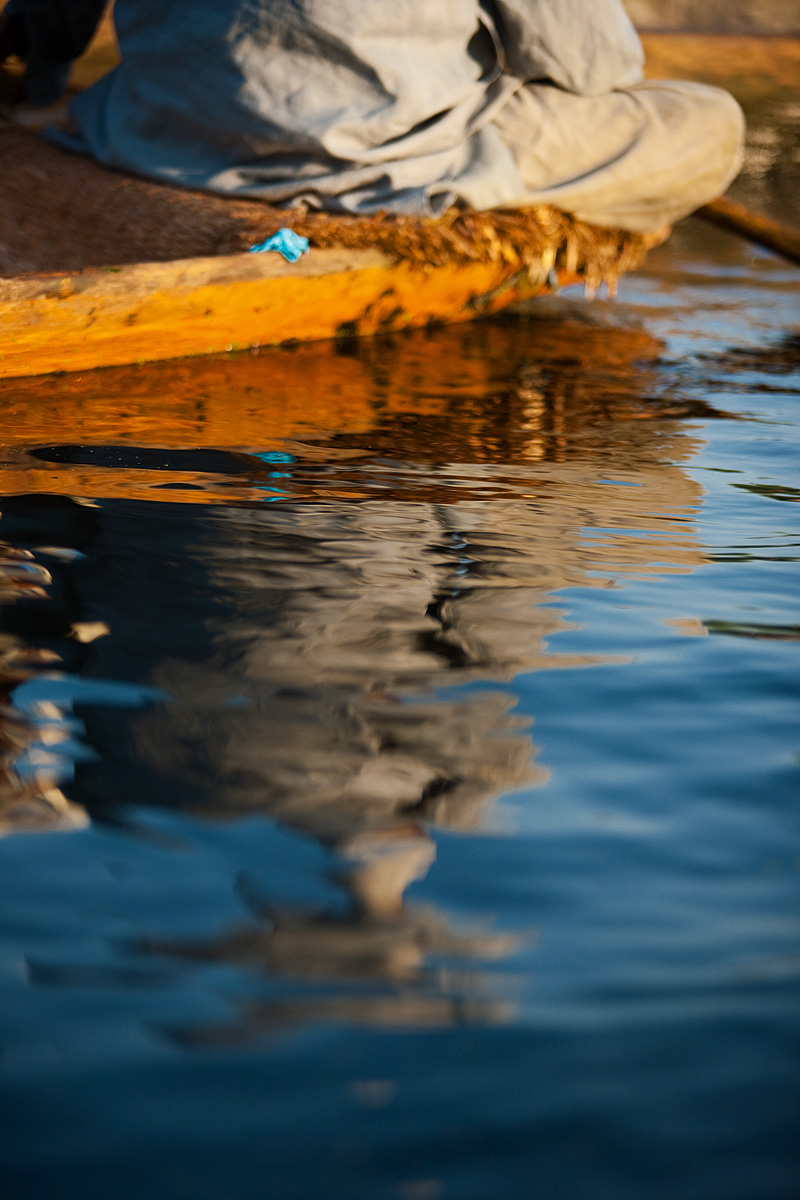 The reflection of a Kashmiri man sitting on his boat.

I went thrice to the floating vegetable market in Srinagar. On the first occasion, I was naive enough to believe I can row myself to the market. The problem wasn't the distance, although it was indeed far. Instead the difficulty was in the skill required to competently steer one of these rudderless boats. Most of my efforts were directed at trying to correct myself from an uncontrollable spin that left me facing oncoming traffic or clogging narrow canals by transforming my boat into a mobile dam. "First time driving?" was the playful question received from other expertly driven boats. The second time was much smoother; We were wise enough to hire a boat and driver. After many afternoons of self-imposed practice, the third time was a success at the expense of my overworked arms and back. I'll never go again to this floating vegetable market. 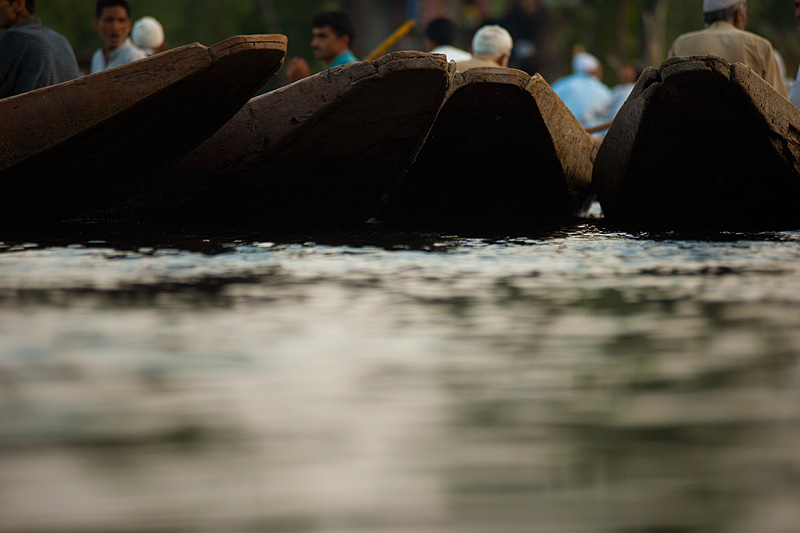