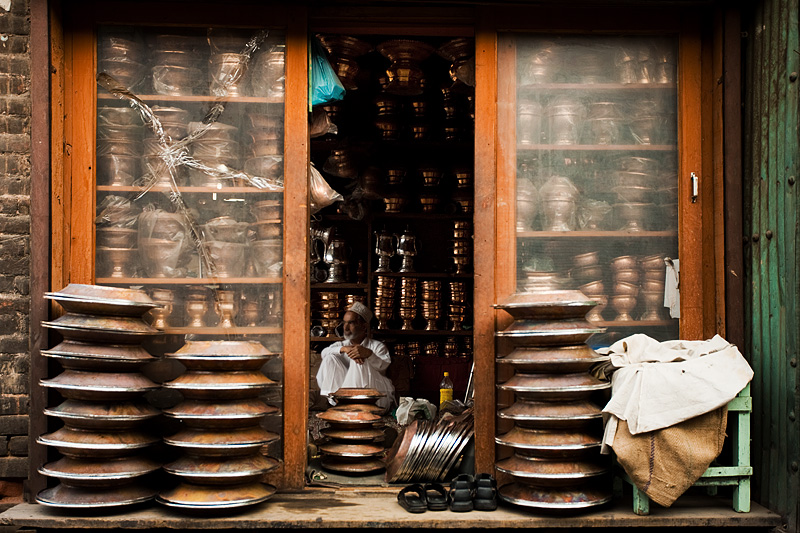 A silver and copper goods salesman sits idle on a slow business day.

Officially, this store should have been closed due to the general strike declared by local leaders in Srinagar. The photo above was taken around the time Muslim Kashmir was protesting the alleged murder and rape of a Kashmiri mother and daughter. It seemed many stores violated the calls to protest by leaving a back door open. 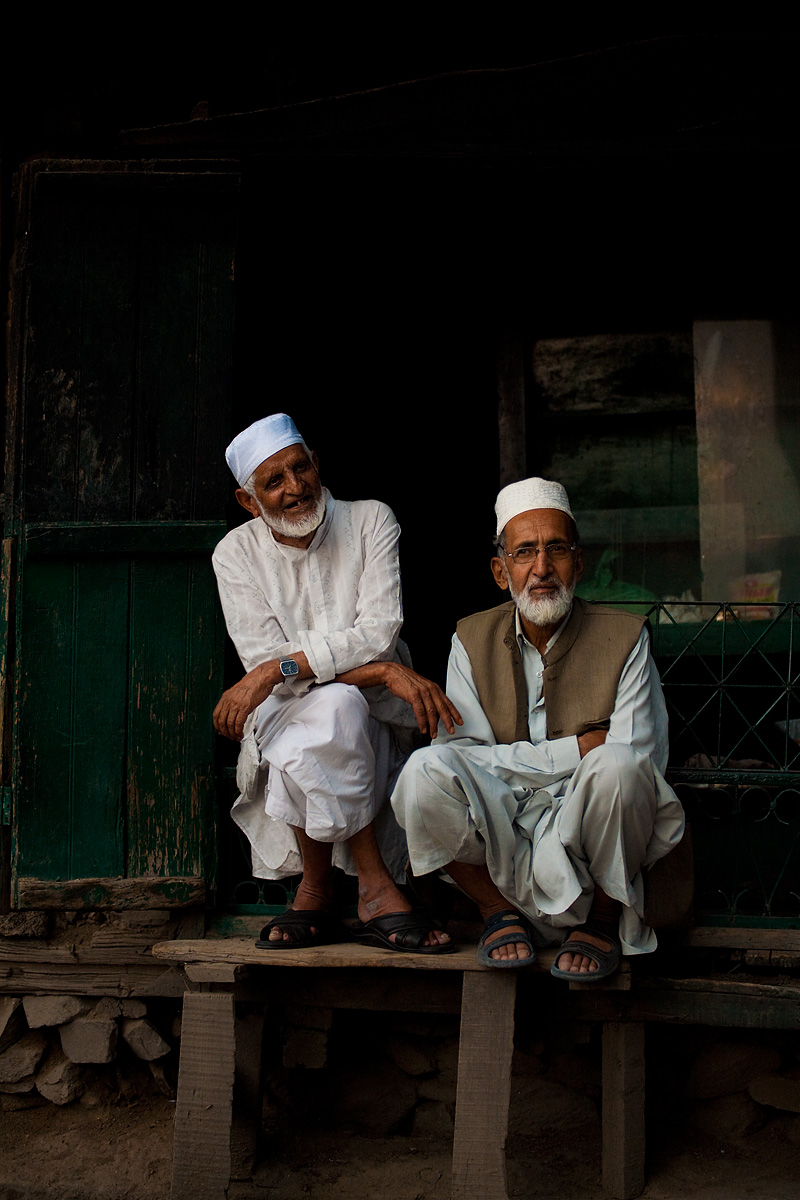 A pair of Kashmiri shopkeepers sit idle on a day of general strikes.

The strike seemed to last most of the duration of the 6 weeks I spent in Srinagar excluding the odd break. In the end, I never understood the function of a strike called by Kashmiri leaders which only served to deprive Kashmiri citizens. From my perspective, the strikes seemed to be misdirected and served only to hurt a populace that doesn't exactly have the means to support themselves by skipping days of work. Hence the backdoors of many striking stores were left open for surreptitious sales.