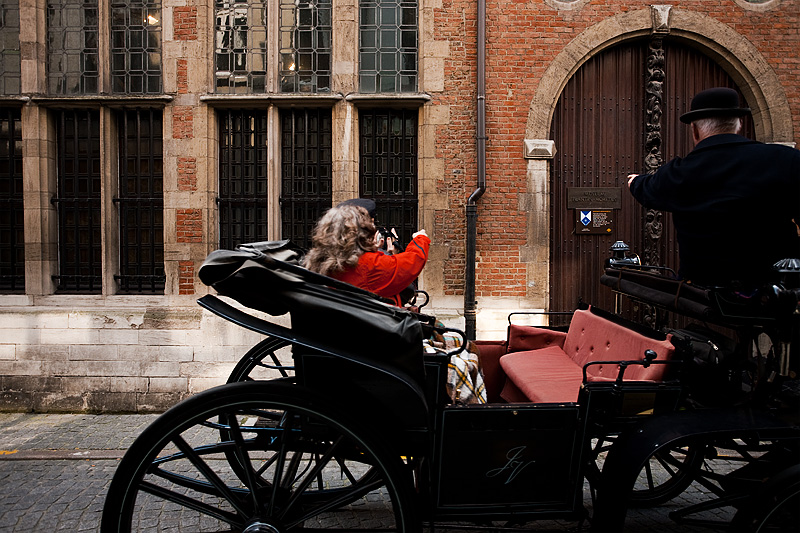 The driver of a horse and buggy gestures toward the door plaque of the Plantin-Moretus museum.

Who would've thought? Back in the day, Antwerp rivaled Paris and Venice as one of the three major hubs of European printing and publishing. The museum, indicated by the door plaque, is the former workshop of Christopher Plantin and his son-in-law, Jan Moretus, two of the most prolific printer-publishers of the 16th century. 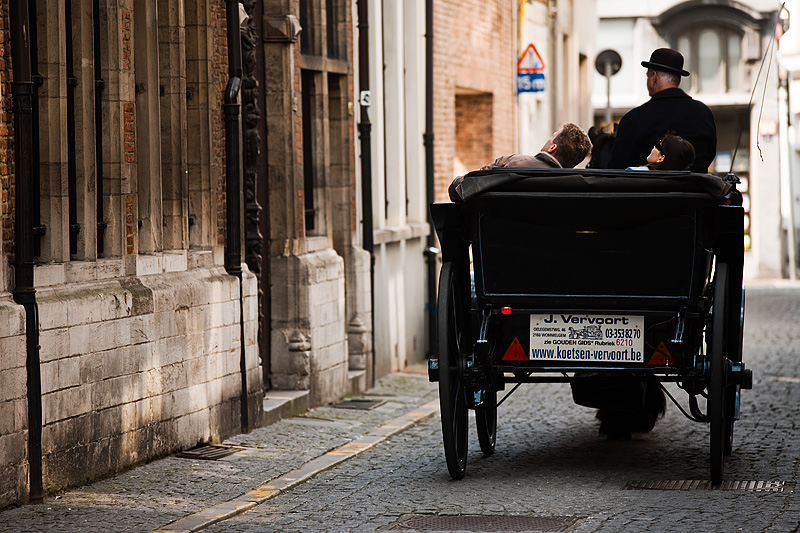 A tourist couple look up as they ride a horse and buggy down an alleyway adjacent to the Plantin-Moretus museum.

Inside the museum, the two oldest surviving printing presses are housed alongside paintings and drawings by local boy done good, Peter Paul Rubens. Due to its historical significance, the museum was rightfully inducted into UNESCO's World Heritage List in 2005.

I plan to visit the Plantin-Moretus museum this coming Sunday so I'll have more photos of the innards of the building. And if I'm lucky, I'll even get a glimpse of their rumored copy of the Gutenberg bible, one of the earliest printings of the book that would become the most published piece of literature in the world!