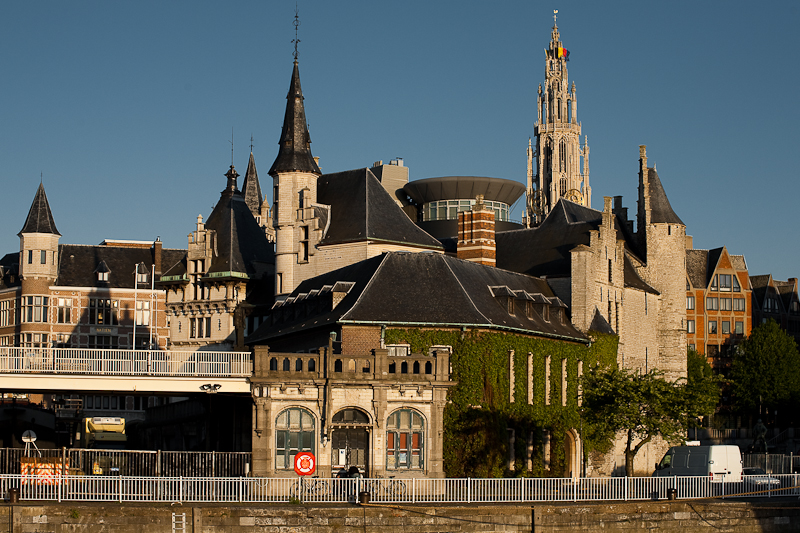 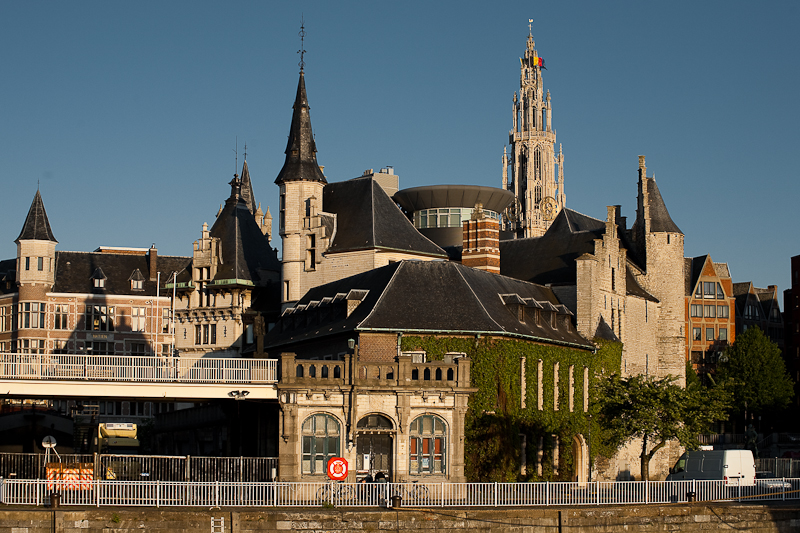 A jumble of tourist attractions including Het Steen and Onze Lieve Vrouwekathedraal seen from the Scheldt river.

On some nights, nothing can go wrong and the people that surround you are thoughtful and interesting individuals who know how to control their alcohol intake. This was not one of those nights.

At my girlfriend's request, I attended an extra-curricular function organized by her university. It was slated as a 4-hour cruise on the Scheldt river accompanied by music and dancing. Sounded nice enough on paper but the reality was cringe-worthy. At first sight of the boat, I should've turned around and walked back to my hovel. What seemed to be a converted fishing trawler was full of post-pubescent youngsters, many of whom I later discovered to be around the age of 16. As I sulked in the corner of the boat, surrounded by packs of horny and awkward European teens, it dawned on me that I had at least 3 more hours of this prison of my own making. At midnight, the cruise disembarked and I rewarded myself with an unhealthy helping of groot friet mit samurai sauz (large Belgian fries w/ special sauce).

As for the photo, I was looking through my digital 'catch' from the boat and the movement of these three photos in succession caught my eye. It sparked an idea as well. In the future, I'll purposely try to capture a set of images where I move around the object a full 360Â° to create the a user-controlled tour of the attraction. Just you wait and see!

Mouse over the image for a small animation (Flash Required).