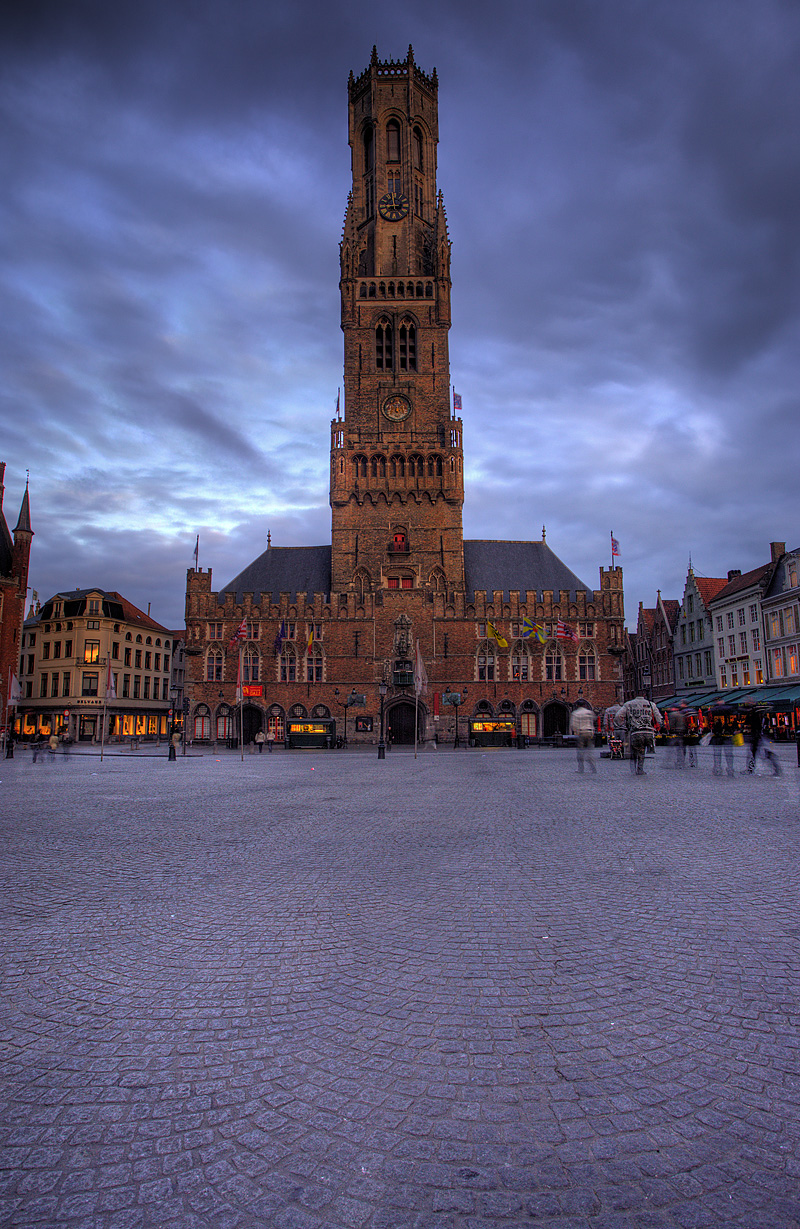 The belfry at Grote Markt square.

Here, before you, is the initial release of the bounty of this past weekend's junket to Brugge (Bruges in French). In one word, I would describe Brugge as: 'freezing'. Global warming? Meteorologist, please! Just in time for my visit, temperatures dipped to 50Â°F (10Â°C) with wind-chill knocking that down even further. On two separate occasions, I was forced to change camera batteries to warm the 'dead' cell up to usable levels. Lady Europe, apparently knowing my visa ends shortly, seems to be bidding me a fond farewell, or rather, kicking me out and telling me not to return. Message heard, loud and clear. On the bright side, freezing nighttime temperatures are credited for clearing this popular tourist attraction for the photo above.

Brugge, actually, is one of the most picturesque medieval European cities I've ever visited. Evidence of that opinion comes in the form of UNESCO's world heritage seal of approval. Additional confirmation is seen in the hordes and hordes of tourists from all over the world. Yes, the same ones wearing optimistic pastels that leave uncluttered daytime photography next to impossible in Brugge.

If you think the bell tower is actually leaning to the left (East), you may be correct. It's said, the tower actually does lean to the East by a meter (yard). However, it's hard to determine if I, indeed, captured the architectural accident or, more than likely, the unwieldy wide angle lens has bested me yet again. 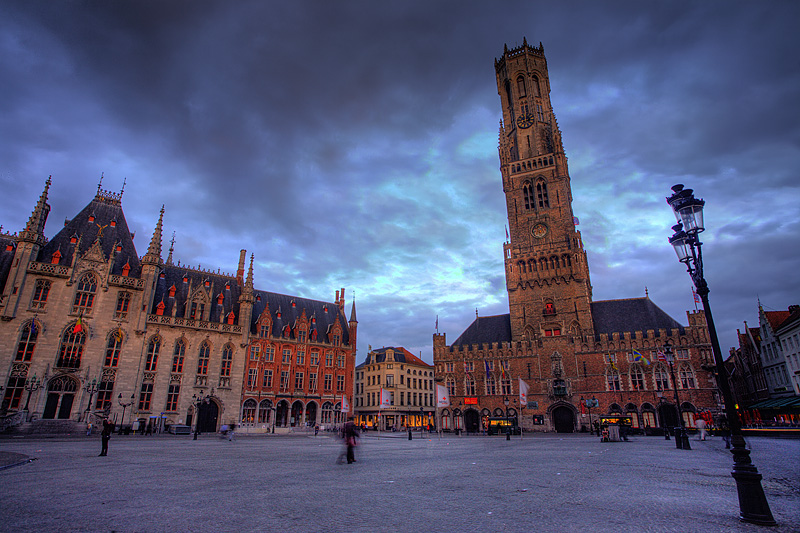 The provincial court and belfry at Grote Markt square.

My experimentation with high dynamic range (HDR) continues and evolves, enshallah. I'm attempting to make the images look as far from overworked HDR as possible. In essence, I'm trying to make them appear as normal, well-exposed images. If you have a second, shoot me a comment or email to tell me if these images are somewhat believable or am I just whistlin' dixie here.