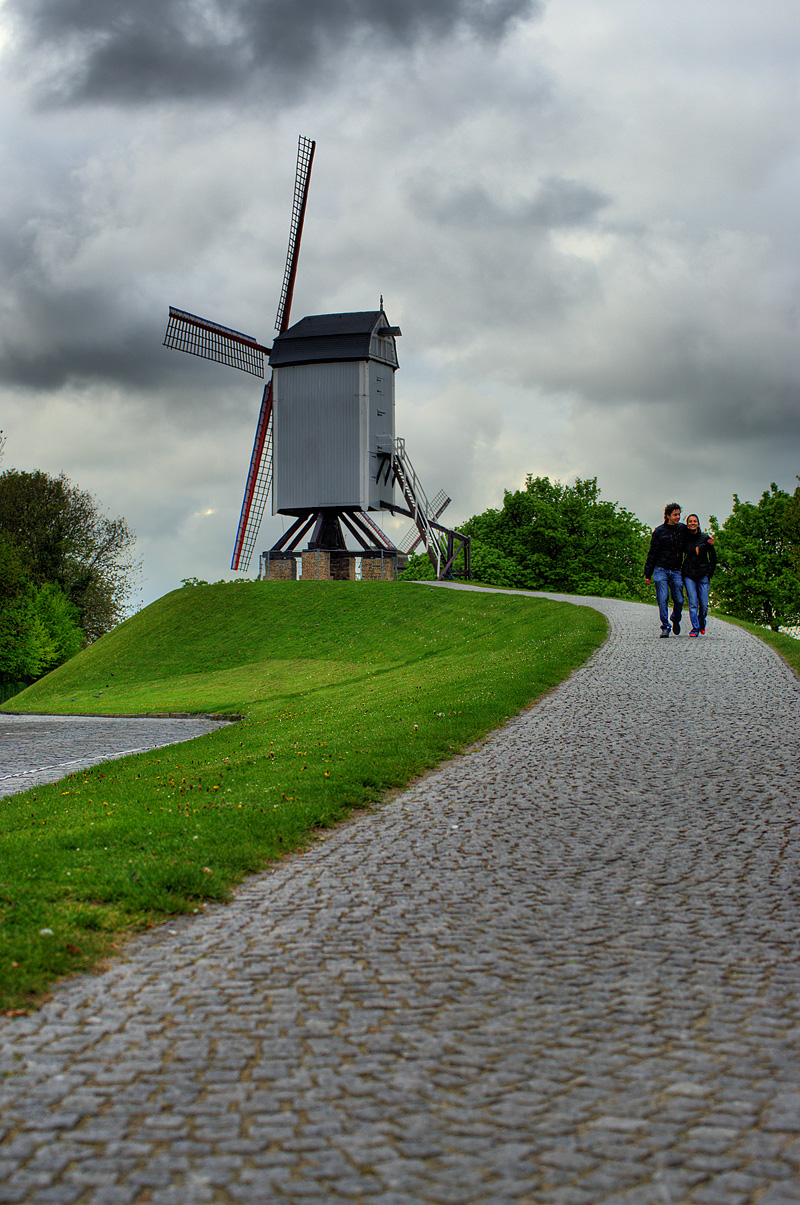 Tourists descend down a path after visiting a model windmill.

Some more experimentation with HDR before my trial license terminates. Again, I attempted to make this appear like a properly exposed photo instead of an obvious piece of HDR. For those not familiar with the issues at hand, there is an exposure predicament in nearly any overcast shot that includes the sky. The sky is levels of magnitude brighter than anything it lights so under normal camera exposure, you would have to choose to expose the either the sky correctly or the ground elements correctly, but not both. That's where HDR can come in handy but I'm still having issues coming to grips with all the bells and whistles of Photomatix.

On a programming note, I'm neck deep in another project I'm currently working on so the volume of daily images will probably come down on certain days. I've tried to throw up at least 2 themed images each day but that tends to take quite a bit of time after Photoshop post-processing and lengthy captioning are completed. Until the project is capped off, I may have to keep the image to just one on some days... for example, today.

I'm becoming addicted to your blog :),

Would be nice to take some photos together if you come to Barcelona :)

Thanks for the comment Manuel. If I do come to Barcelona, I'll definitely keep you informed!