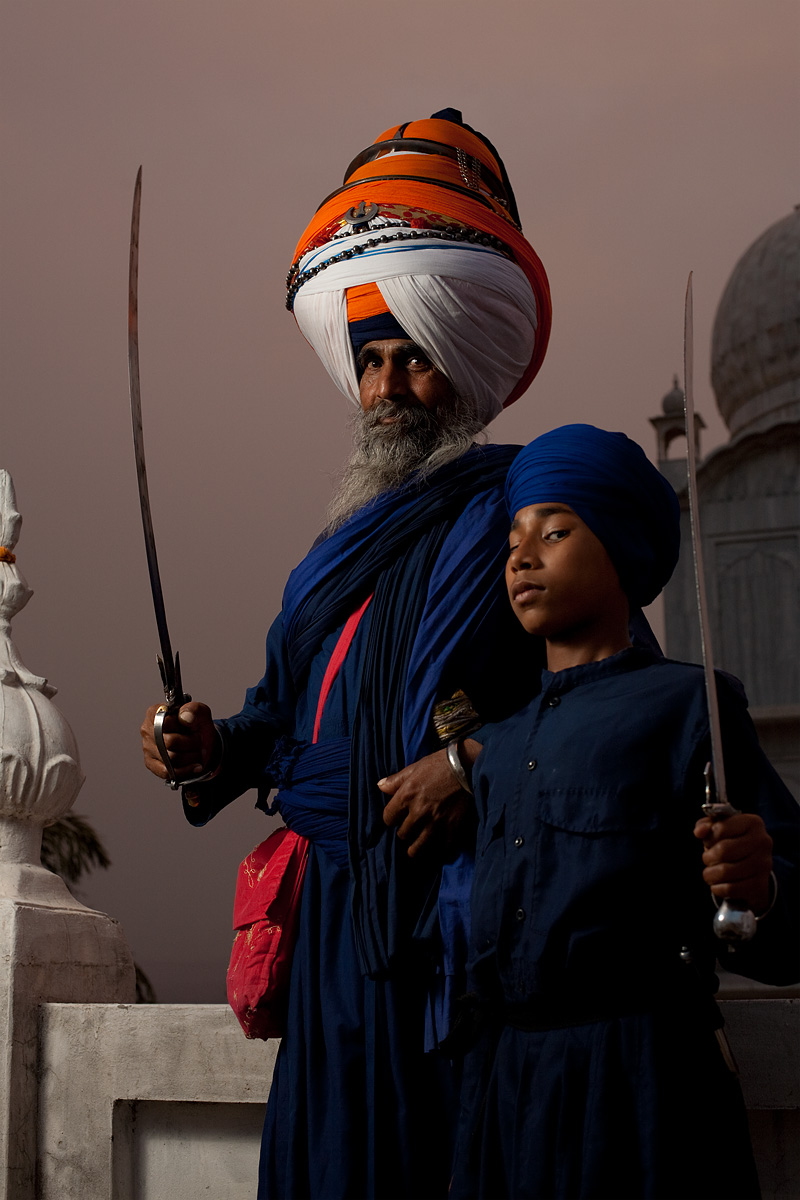 The Paonta Sahib gurudwara leader and a young Sikh student belonging to a sect of Sikhs known for their combat skills. (From the archives due to time restraints.)

One strobe 45° camera left. More information about the Sikhs at Paonta Sahib here from a previous photo.