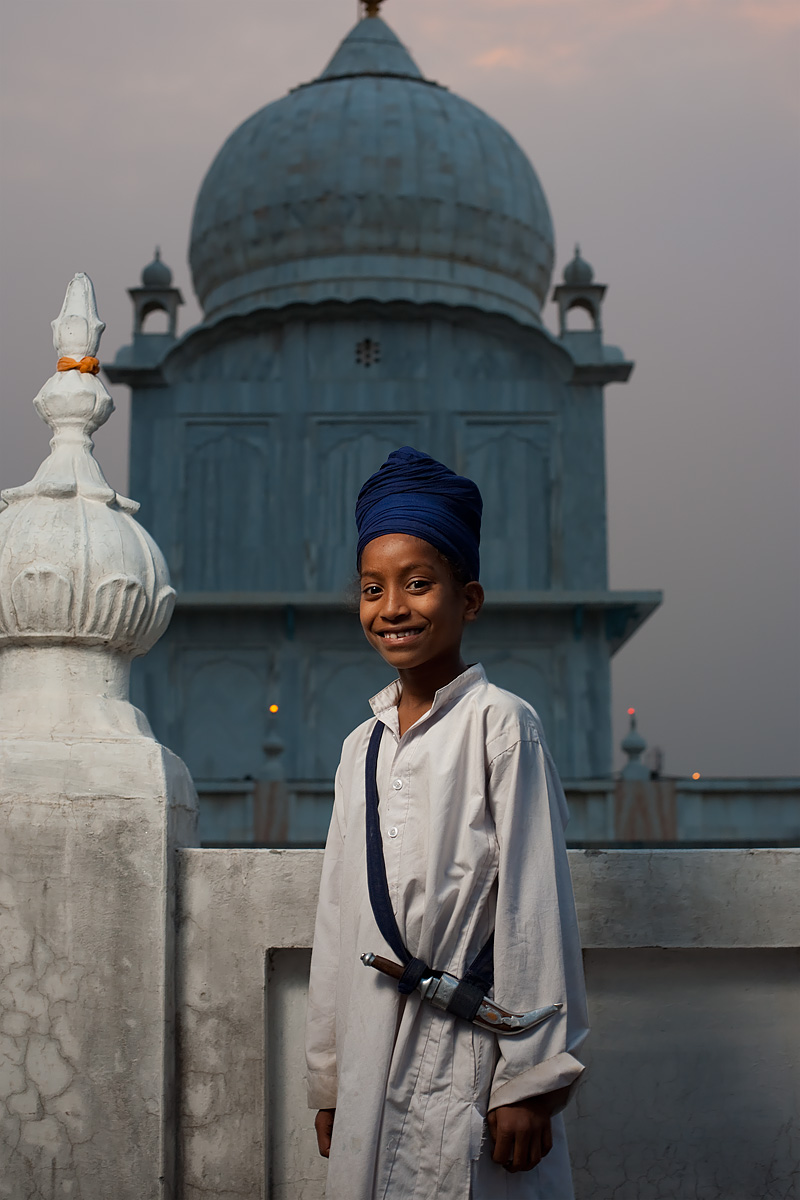 A cute young Sikh boy with dagger at the Paonta Sahib Gurudwara. (From the archives due to time restraints.)

As mentioned previously, the Paonta Sahib Gurudwara is famous for, among other things, a history of relentless fighters. In this long line of Sikh warriors is our cute little friend here who, for now, stands in stark contrast to the seemingly menacing members of the gurudwara seen on previous days.