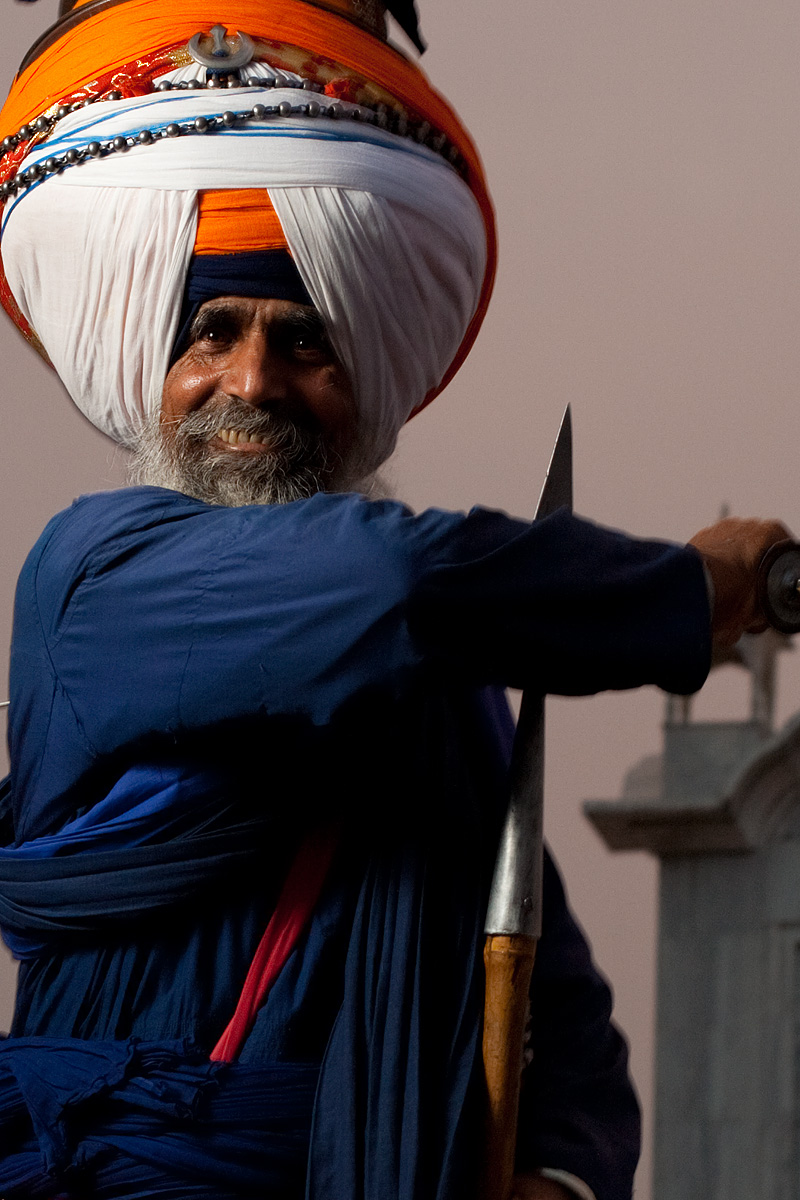 The elder chief of the Paonta Sahib gurudwara clowning around. (From the archives due to time restraints.)

As mentioned previously, this Sikh gurudwara is famous for past warriors who were victorious over seemingly insurmountable odds against the British. Each evening, students at the gurudwara practice their martial arts skills primarily for a once-yearly performance called Holla Mohalla.

During this present geopolitical climate of terror (& misunderstanding), I feel it my duty to emphasize that the Sikhs at Paonta Sahib were some of the kindest folks I've ever met in India. The past days' photos appear to portray a menacing group of warmongers but that was simply for show and the furthest thing from the truth. As a result, I felt the need to include some outtakes of the learned leader of the gurudwara, complete with an impish grin, yucking it up for the camera. He's not, in any way, a warrior. He's the brains behind the operation of the gurudwara and would never handle a weapon were it not for my request, simply for the sake of a beautiful photograph. The man spoke no English and we communicated by friendly greetings and smiles but it should be apparent from these photos that even at his age, like most other people on earth, he's just a kid at heart. 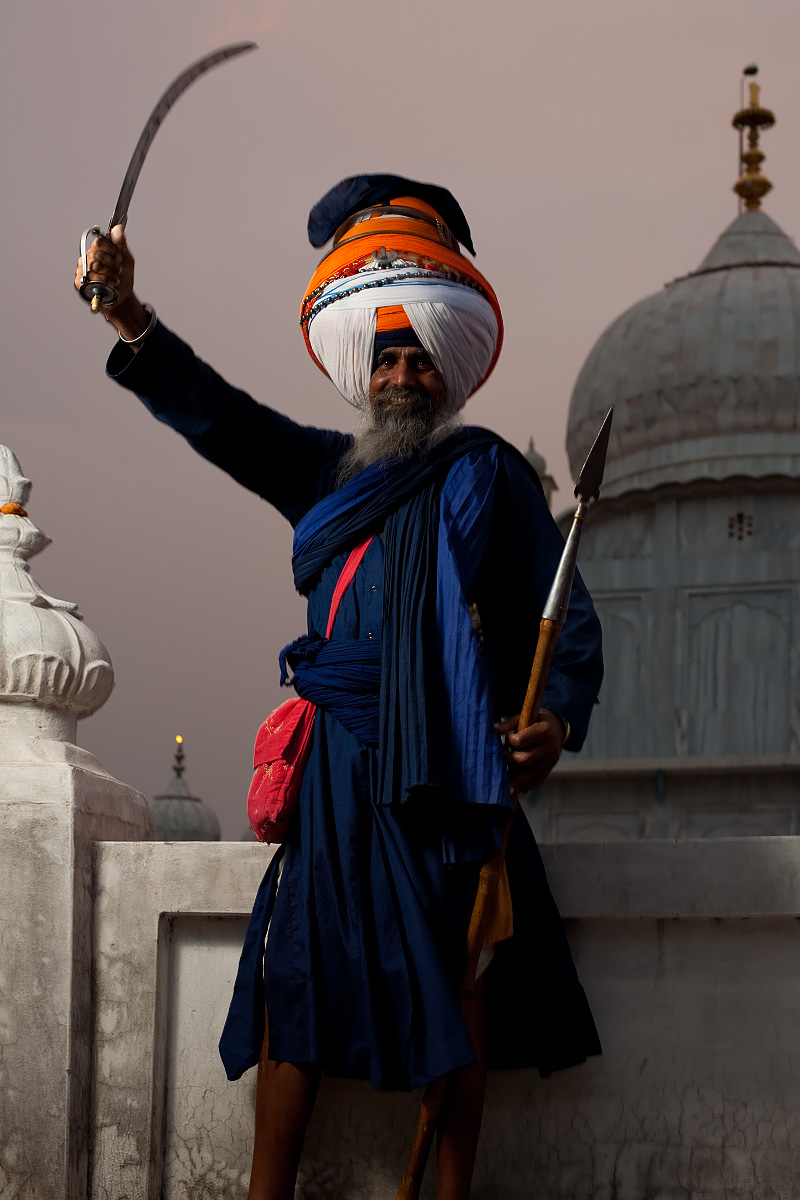 The learned leader of the Paonta Sahib gurudwara stands victorious with sword and spear.

It seemed he was having the time of his life in front of my camera and strobes. If any viewers plan to swing by the Paonta Sahib gurudwara, give this guy a massive bear hug for me.