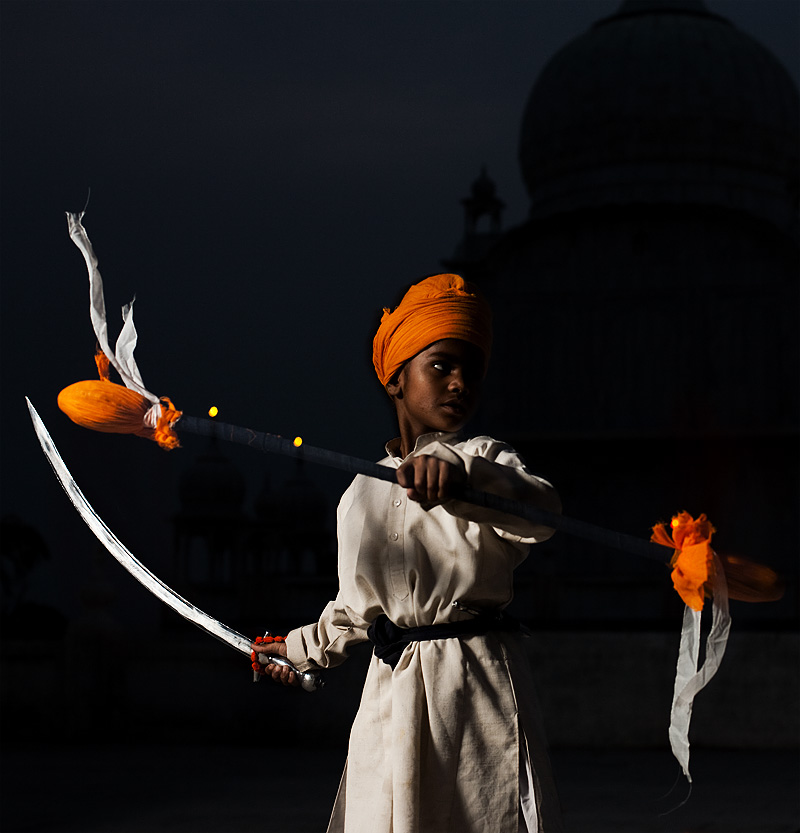 A young Sikh boy practicing martial arts and sword combat at the Paonta Sahib gurudwara. (From the archives due to time restraints.)

The previous days' posed photos were primarily the by-products of accidentally catching the gurudwara students practicing martial arts in the evening. Despite having just completed that evening's practice, they were kind enough to put on a small demonstration for me.