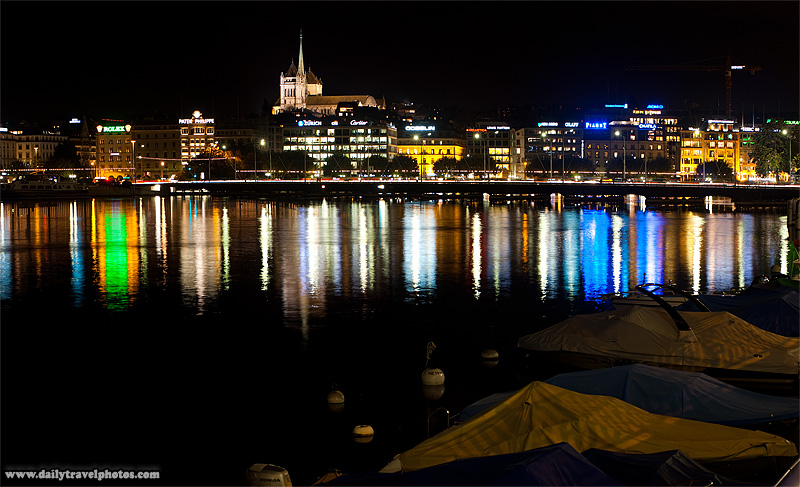 Oh the humanity! Today was one of the worst days I've had during my 7 years of travel. While I was taking this very photo above, I was pickpocketed on the main walkway just next to Lake Geneva. The police drove me around to look for a skinny, short haired guy of Arab descent but if you've been to Geneva, you know that's nearly half the downtown population these days. No luck.

All things considered, it could've been much worse. The thief only got some plastic, an expired California driver's license (with incorrect address) and about US$130 in emergency money hidden in my wallet. I swiftly canceled the credit card and ATM card - nothing was charged - and the cash, well, that's gone but certainly not the end of the world. The one fairly irreplaceable item I kept for "good luck" was a rare 1 Indian rupee note (not coin). C'est la vie.

I'm still trying to digest the events of tonight but after the police station and the appropriate phone calls were finished, I finally had a chance to post a photo: 3 images stitched together. I'm burning the midnight oil at the moment so I'll cut this shorter than I want, simply because I have another day with the Swiss police early tomorrow morning and a visit to the Thai embassy in Geneva. More news tomorrow!