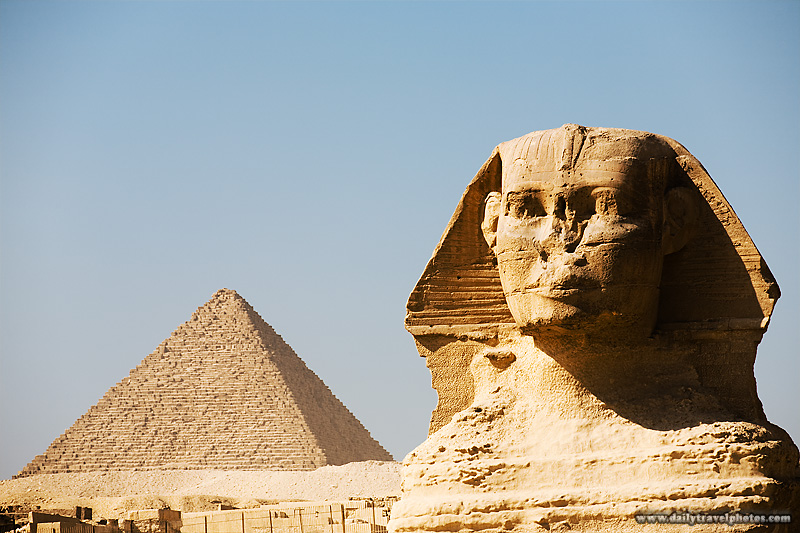 The head of the Sphinx and Pyramid of Menkaure, the furthest of the three major Giza pyramids.

As mentioned yesterday, a telephoto lens compresses the background and foreground elements to make them appear closer than they actually are. The pyramid of Menkaure is easily 3 football fields away from the Sphynx.

The Shinx and its immediate surroundings with the pyramids in the distant background.

Here, technically, I used a telephoto lens but a less severe 70mm versus the 200mm focal length used above. This image should give a slightly better perspective of how small the Sphinx is when you see its height in relation to a bus and average sized people. Upcoming days' images will illustrate the size of a single building block of the pyramids compared to an average sized person.