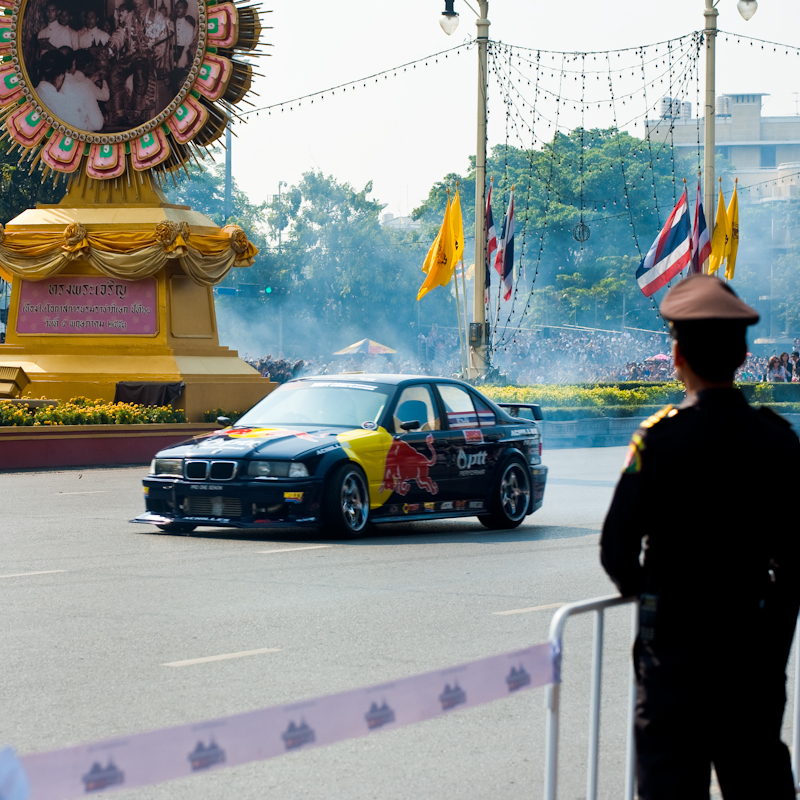 A Red Bull stunt car takes a few hazardous laps around Ratchadamnoen street at over 100mph.

Formula One (F1) was in town last weekend and with it, the bar was lowered in how dangerously an event can be managed. The stunt cars were the teaser act before the actual F1 race car (driven by Mark Webber) made its appearance. As they whipped around doing donuts and drifting around corners at 100mph, I couldn't help but cringe at how close they were coming to spectators lining the sidewalk. Luckily no one was injured and F1-crazy Bangkokians seemed to fully enjoy the spectacle, despite closing down one of the major arteries of the city during mid-day traffic to host this event. 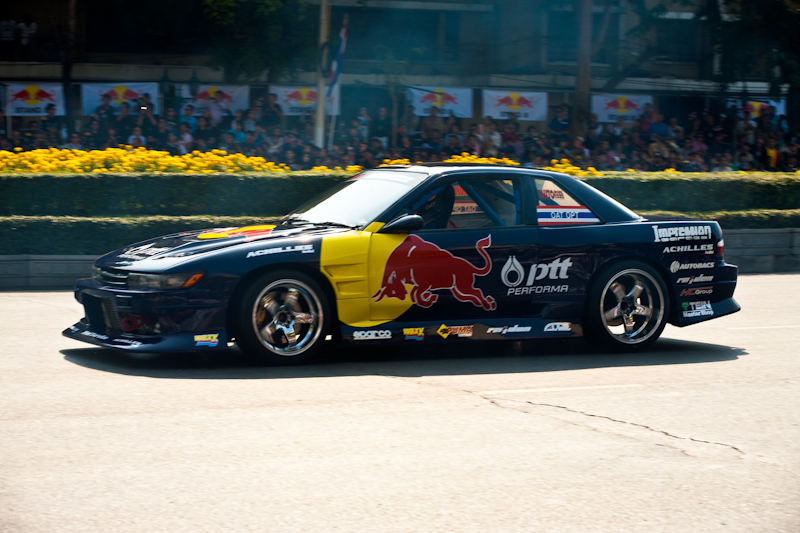 A Red Bull Formula One stunt car races past at over 100mph, thrilling the crowd with the occasional drift.