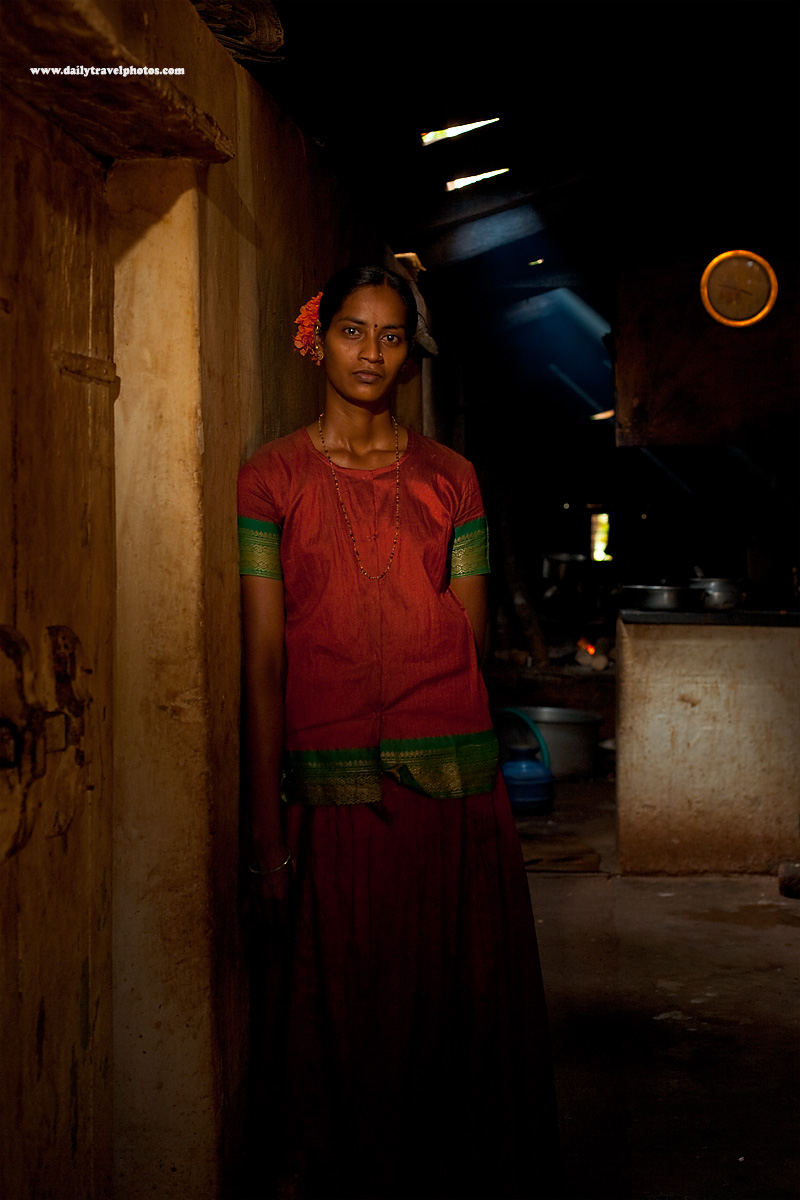 An Indian restaurant (aka dhaba) girl stands against the wall of the kitchen (ARCHIVED PHOTO on the weekends - originally photographed 2009/03/29).

Firstly, merry Christmas to all my non-secular viewers. This photo was chosen based on its green/red color combination in honor of Christmas day. Secondly, don't start pulling out your checkbooks just yet. Although the girl in this photo looks sad, the scene was completely staged so her mood would fit the depressing kitchen environs. Just seconds earlier, as typical of young girls, she was giggling with her coworkers at the thought of having a picture taken. More of her to come tomorrow in decidedly higher spirits.

Strobist: I was playing with a snoot here mounted on a light stand, trying to light only certain parts of her upper body and face. 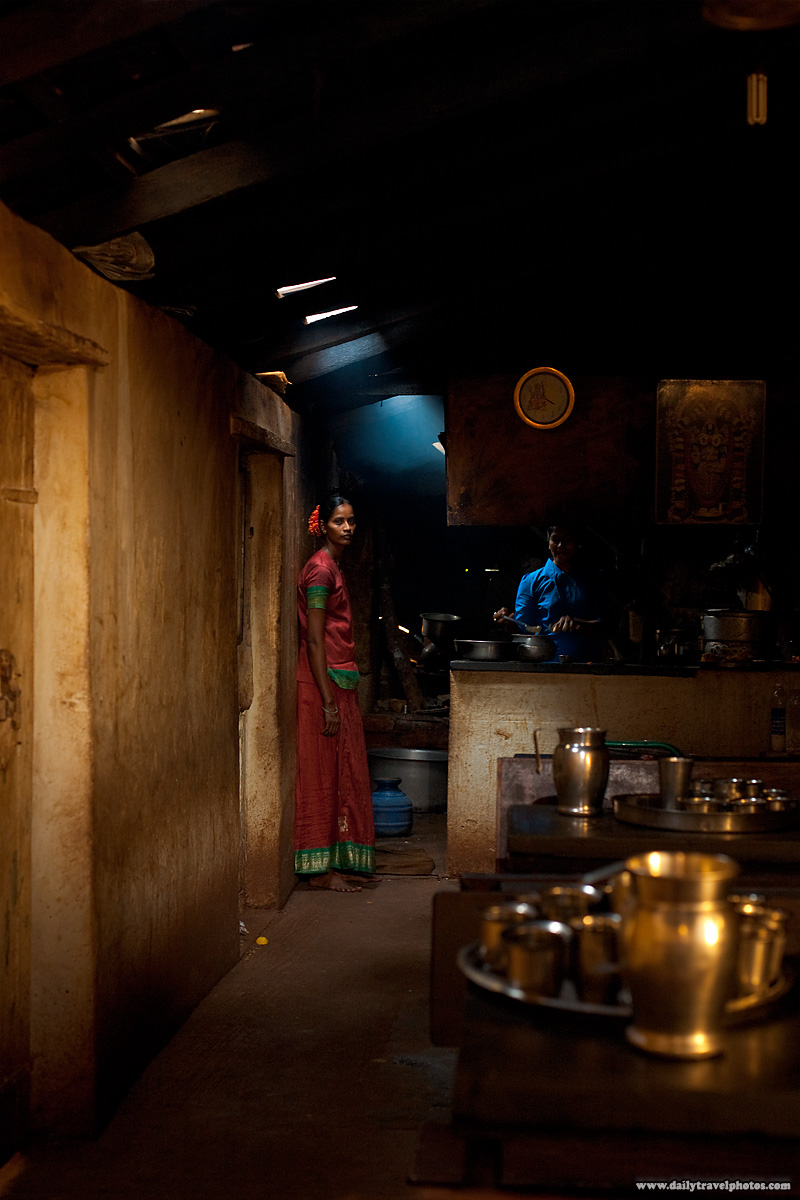 A pair of dhaba workers pose for a portrait (ARCHIVED PHOTO on the weekends - originally photographed 2009/03/29).

Strobist: a bit more of a long-range snoot shot. The snooted strobe was on a 7foot light stand which was itself on a restaurant table. You can see where the bottom portion of the light caught the wooden bench but illuminated the girl in red as well as I could have expected from that far out with a short-ish snoot. Besides the light coming in through the ceiling, this end of the restaurant had no other source of light.